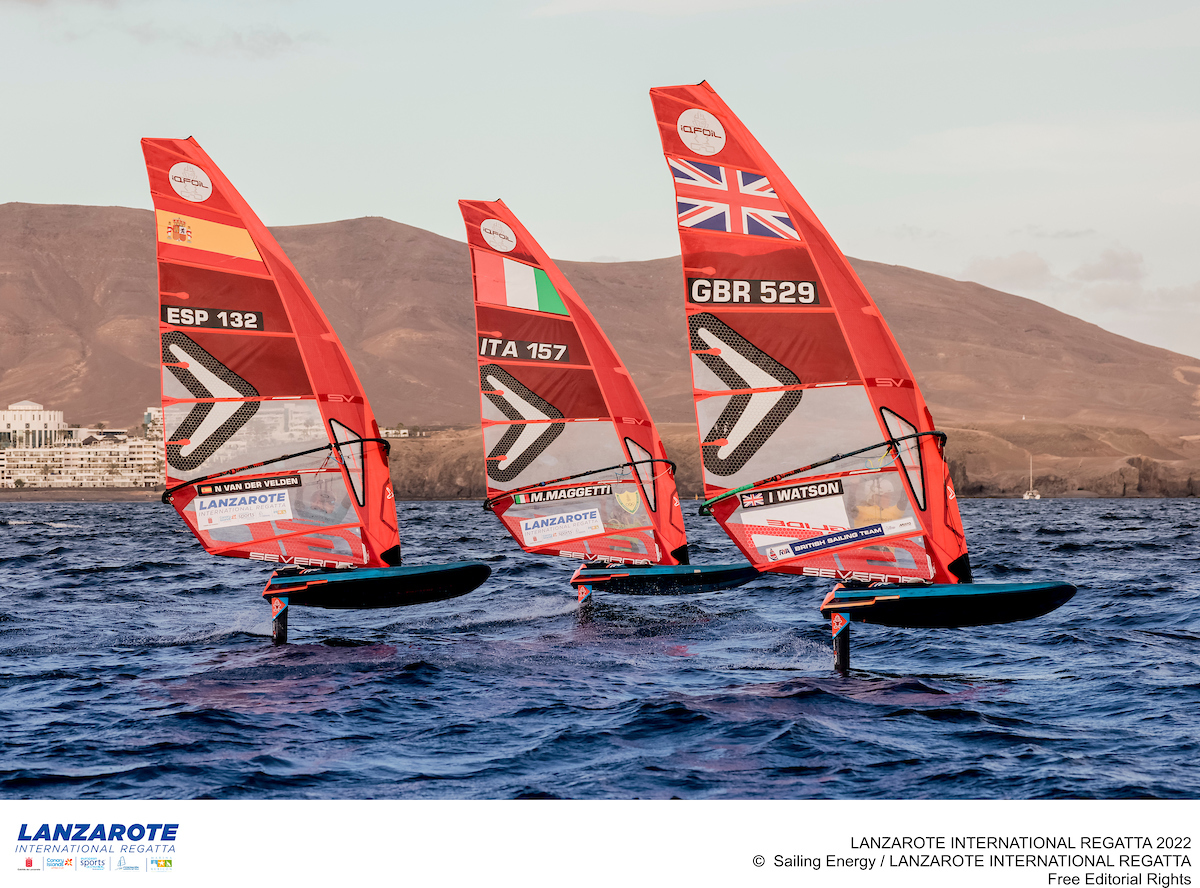 Pilar Lamadrid made the final 10 but an OCS stopped her chance of a medal. It is demonstrated that the women of the Spanish pre-Olympic team will set the bar very high in Paris 2024. The men’s category was dominated throughout by the Netherlands, with Huig Jan Tak leading the classification.

The iQFoil finals started strong, with a squall that left the wind very unstable, with gusts between three and 12 knots. Nicole Van Der Velden, moved from fourth to second place in the overall standings during the first race course. From then on, the Santander-based Spaniard dominated the whole day, but surprisingly the battle in the finals was not against Britain’s Islay Watson, but against Italy’s Marta Maggetti, who took second place.

“Super happy with how I have sailed today, how I have managed the finals. In the semi-finals I was fighting to ensure to be among the first two and enter the final. In the final I fought to the death against the Italian and the English, was able to overtake them and finish first, so I am super happy with the performance… and wanting more!” said the Spanish sailor.

With north easterly offshore winds, two races could be completed, to give the six required to progress to the medal races. Both Nicole Van Der Velden and Pilar Lamadrid of the Spanish team made the cut for the top 10. “Unfortunately, Pilar was over the line in the quarterfinals and was left out of the next rounds. But Nicole played her cards very well, she stayed without risk until the final where she gave everything, she was second until the last stern where she stepped on the accelerator,” Van Der Velden’s coach, Mateo Sanz, said.

The coach of the Spanish pre-Olympic women’s iQFoil team said he was: “Very happy with the performance of the two, and they have an excellent level and have demonstrated it in several competitions, being both in the top 10 in the world, although Blanca Manchón and Andrea Torres are also getting closer.”

In the men’s fleet, Dutch sailor Huig Jan Tak was unstoppable, getting four wins out of the six races held in Marina Rubicon. Also yesterday, the Dutch sailor showed his dominance on the Lanzarote race course, with three victories out of the four slalom races held. “It was a very interesting day, with incredible conditions during the races almost perfect for me, they gave me energy to get to the medal race, so I am very happy, and already during the final it was very fun with Nico and Tomer,” Jan Tak said.

The British Matthew Barton managed to snatch second place from the Israeli Yoav Omer, but it was his teammate Tomer Vardimon who finally took second place, followed by the Italian Nicolò Renna. On the other hand, this racing mode seems not to have favoured the Canary Islander Angel Granda, who has not managed to stay in the top 10 to compete in the medal race.

The Lanzarote International Regatta is not over yet, starting this Wednesday, we will see other Olympic sailing classes compete: ILCA 7, 49er and 49er FX

By the Lanzarote International Regatta