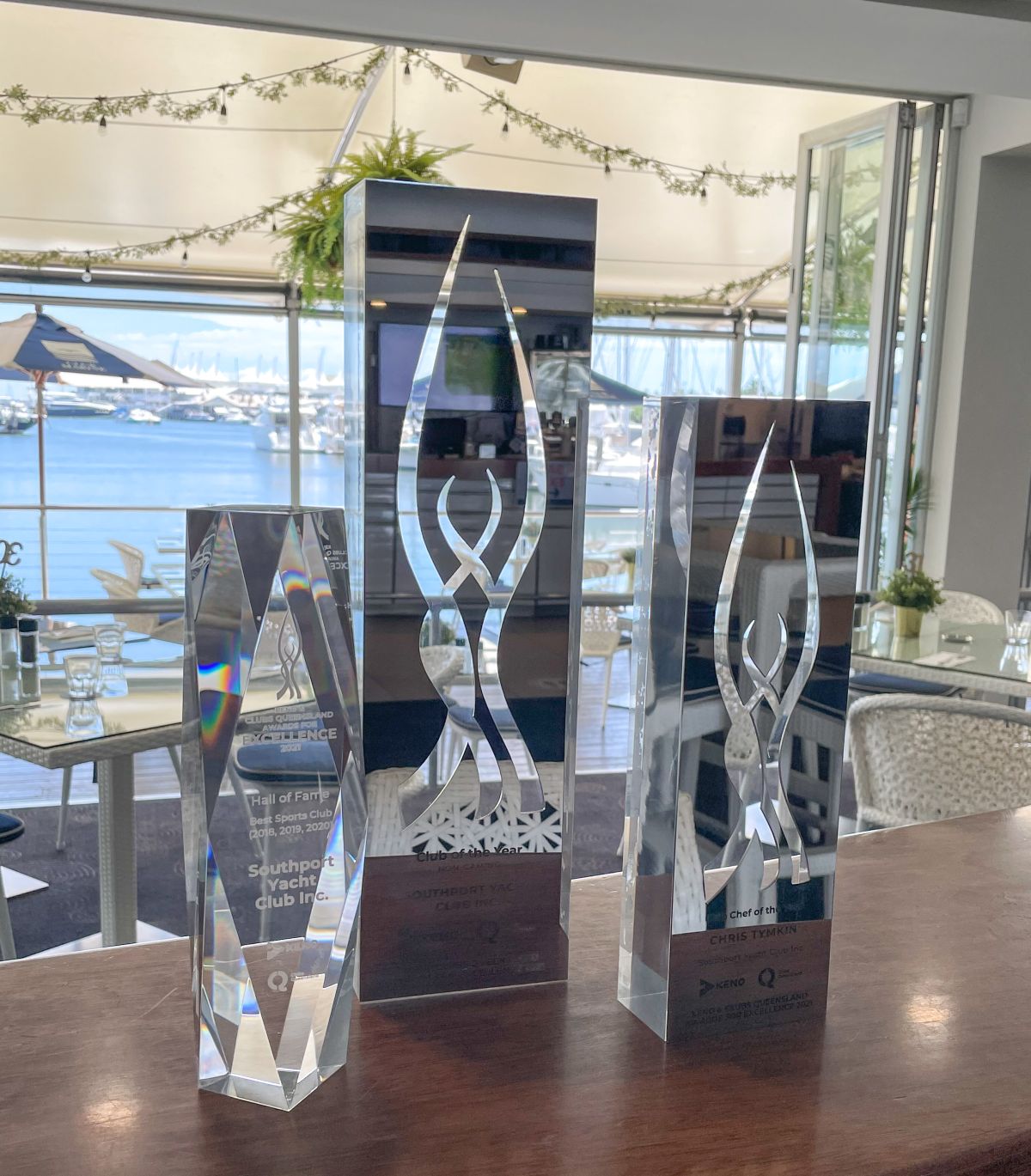 Southport Yacht Club Inc. had the wind in its sails at Tuesday night’s Clubs Queensland Awards for Excellence, returning to the Gold Coast with three of the top awards.

Over 900 guests from across the State attended the Brisbane Convention and Exhibition Centre event to see Southport Yacht Club inducted into the Hall of Fame for obtaining the Best Sports Club award three years running.

Following the Hall of Fame induction, Southport Yacht Club’s Head Chef, Chris Tymkin, was then awarded the prestigious Chef of the Year.

“While the title was for Chef of the Year, it is not achievable without a great team supporting you,” stated Chris.

The night was only young for the club, announced finalists (2nd place in both categories) for Support of Sport and Club Secretary of the Year, before receiving the award for Club of the Year for the second year in a row (non-gaming).

General Manager Brett James said, “It’s testimony to the resilience and hard work our staff, management and Board have put in over the last difficult 12 months. With the closures, the restrictions and interstate travellers unable to enter QLD, I could not be more proud of what we have all achieved together. And all this wouldn’t have been possible without the trust and support of all our members.”

The awards couldn’t have come at a better time for the club as it celebrates its 75th birthday and is also about to embark on opening the largest Superyacht berth in Australia.