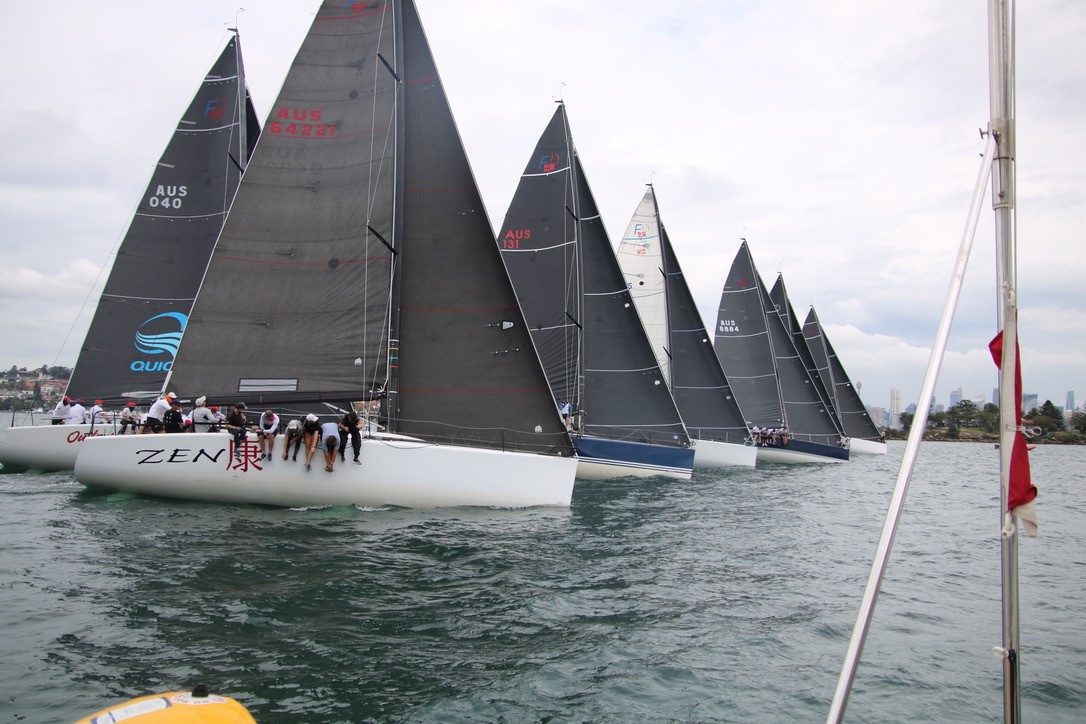 The 2020/21 Farr 40 Nationals opened on Sydney Harbour on Friday amid a strong wind warning from the Bureau of Meteorology prompting PRO, Denis Thompson, to alert competitors that racing would be conducted inshore for the day.

Shifting breezes kept competitors and the race management team on ‘Offshore’ on their toes with the course changing a number of times throughout the day. And an on-water umpire, in place for the regatta, was kept busy. He is there to avoid protests ashore, issuing a one-turn penalty to offenders on the two-lap windward/leeward courses.

The final race of the afternoon, Race 4, brought a surprise to the fleet when a submarine surfaced in the middle of the course on the last run. Outlaw finished in first, followed by Edake and Nutcracker.

At the end of Day 1, Outlaw, steered by Tom Quick with David Chapman on tactics and a young crew including recent Hardy’s Cup winner George Richardson aboard, returned to the CYCA with the Boat of the Day battle flag flying proudly.

Edake, representing MHYC, is in second place and Nutcracker in third going into Day 2 on Saturday. The three-day series finishes on Sunday afternoon.

Back at the club after racing, crews enjoyed cold drinks while watching the America’s Cup on the big screen after a day of close racing.