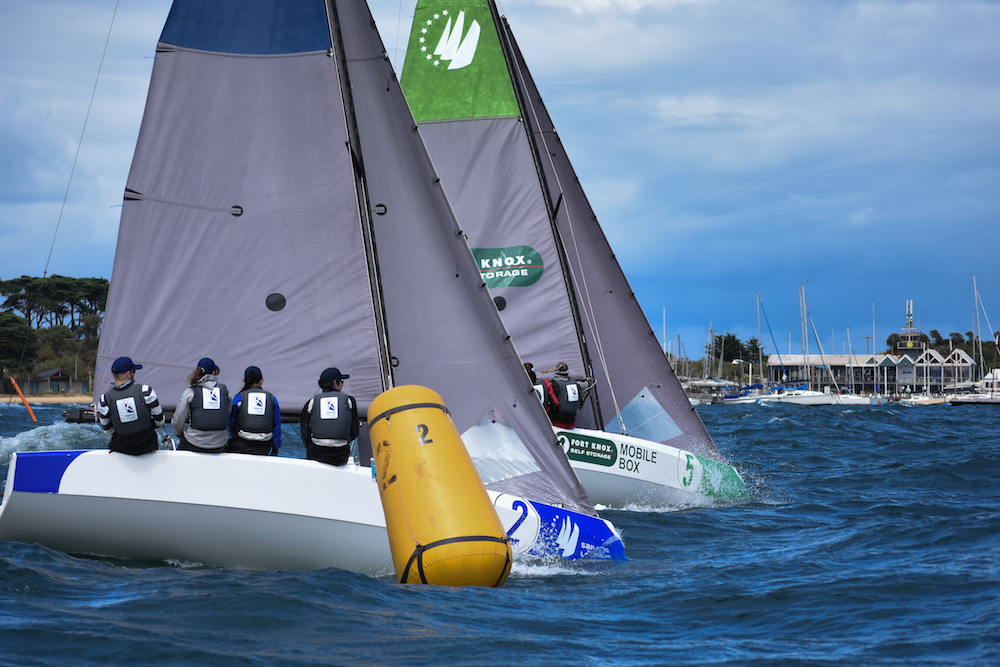 Over three days, April 9-11, open, youth and women’s teams from around the country who qualified for the final series will put on a fleet racing show for Newcastle’s waterfront crowds, expected to swell that weekend given multiple on-water events and onshore activities are planned for the city.

Jack Buchan, sailing manager at the host club of the SCL Final, Newcastle Cruising Yacht Club, says the viewing platform from Honeysuckle Hotel over the racetrack is incredible. “You can hear the shouts and cheers of the sailors and the start and finish lines are adjacent to the hotel deck so spectators will be right in amongst the action. The Sailing Champions League final joining SailFest is going to have a big impact on the city in terms of stature and the economic benefit sailors bring.”

The current extreme weather event over NSW completely disrupted the northern qualifier at NCYC last weekend, March 20-21, for the 12 teams who travelled from NSW and Queensland. Crews were kept ashore all weekend, but the good news is each of those teams automatically qualify for the final, along with the top teams from the southern qualifier held on the Mornington Peninsula back in early February.

See the wrap-up of the first qualifying event HERE.

SCL Asia Pacific director Mark Turnbull said, “We are bringing the final to Newcastle because it’s the ideal sailing venue. We will stage grandstand sailing for spectators along the river where there are a multitude of great hospitality venues to enjoy. The City of Newcastle is supporting the addition to SailFest and thanks to their assistance and Newcastle Cruising Yacht Club’s we are rapt to be part of the growing maritime festival for the first time.”

The SCL final is anticipated to draw teams from Queensland, the Northern Territory, New South Wales, Tasmania, Victoria, South Australia and Western Australia to vie for the title of best sailing club in Australia. Club teams will compete against each other in identical RS21 keelboats and there will be separate trophies for the winners of the under 22, open and women’s categories. Every team must have 50 per cent women on the boat, a new entry requirement this season.

From next month’s Asia Pacific final, the top two teams will qualify to represent Australia at the world SAILING Champions League final in Europe later in the year.

Three NCYC teams will push forward to the final on home waters and Buchan adds, “As the host club of SCL, we are stoked to see our teams put through to the final, to represent Newcastle at SailFest.”