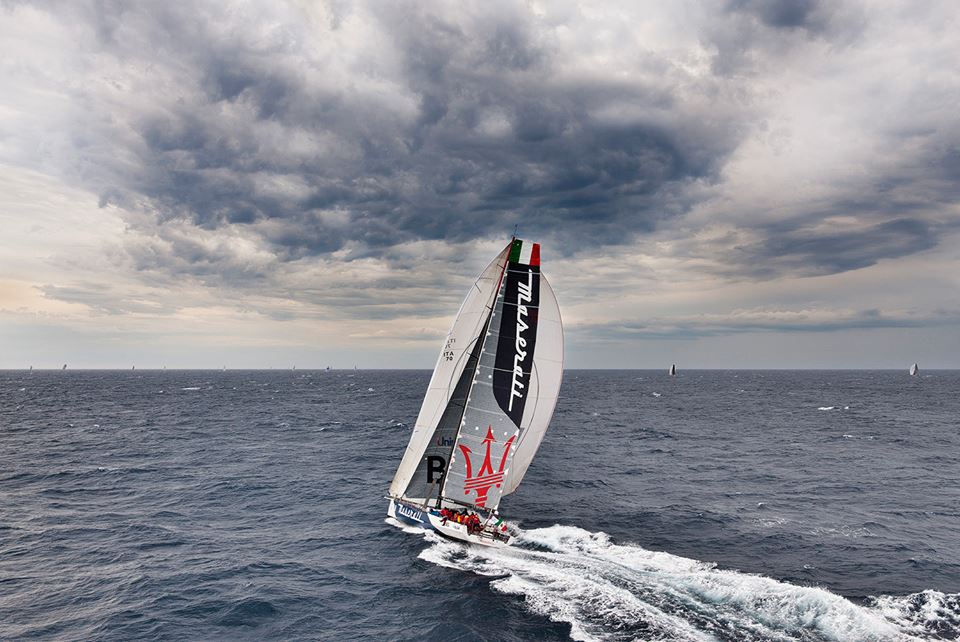 If you are looking for a lesson in how to sail a Sydney Hobart Race – what to do, what not to do – look no further than the Italian maestro Giovanni Soldini, skipper of Volvo 70 Maserati. Just forget about his start.

Soldini sailed into fourth place in Hobart today, having spent seven hours “in the doldrums” yesterday, light airs that rob well-found vessels like his of momentum. Ahead of him were the super maxi greyhounds with their big Code Zero running headsails that can convert four knots of wind to eight knots of boat speed.

Soldini’s crew included Pierre Casiraghi, grandson of Princess Grace of Monaco, son of Caroline Princess of Hanover and the late Stefano Casiraghi. An accomplished sailor himself, Casiraghi was very comfortable sailing with Italy’s most famous mariner, Soldini, a multi-winner of single-handed round-the-world races. Perhaps most famously, he was the man who plucked French navigatrice Isabelle Autissier from the Southern Ocean 1900 nm west of Cape Horn in the 1998/99 Around Alone Race, which he won.

In this latest race, for which he sailed Maserati from Italy, Soldini cleaned up three buoys at the start and the crew were forced overboard to clean up the tangle. Then he set course and went well out to sea, alone.

“I think we played very well with the cold front,” he said.

“There were no problems; we didn't break anything. I think it was a good idea to go east because the wind was turning south, south-east so we had a good position. It was not a good idea to go upwind very tight.

“So we just sailed all the time at 15-16 knots and 60 degrees from the wind. We did the same on the other tack. Then the high pressure came and that was a disaster. We don't have a Code Zero on this boat. When the wind is very light…we are just stuck there. It is a disaster. We were stuck in the light air for too many hours.”

Casiraghi was ecstatic about the race, run by the Cruising Yacht Club of Australia.

“It was a fantastic race, it really lived up to the reputation,” he said. “Maserati’s a really steady, strong boat in heavy weather.

“I would love to do it again. We’ll see next year or the year after. It’s important to have the right boat and the right crew.”

Meanwhile, Soldini is not sure that he will be allowed back to campaign in the Volvo 70 next year.

“I would love to come back but it is a long way from Europe, that’s the problem. It’s a lot of organisation. We sailed the boat from Italy to here. It is a long campaign.

“But it is not every year, you know, otherwise, my wife, she kill me,” he said and all the Italians on the dock fell about laughing with him.