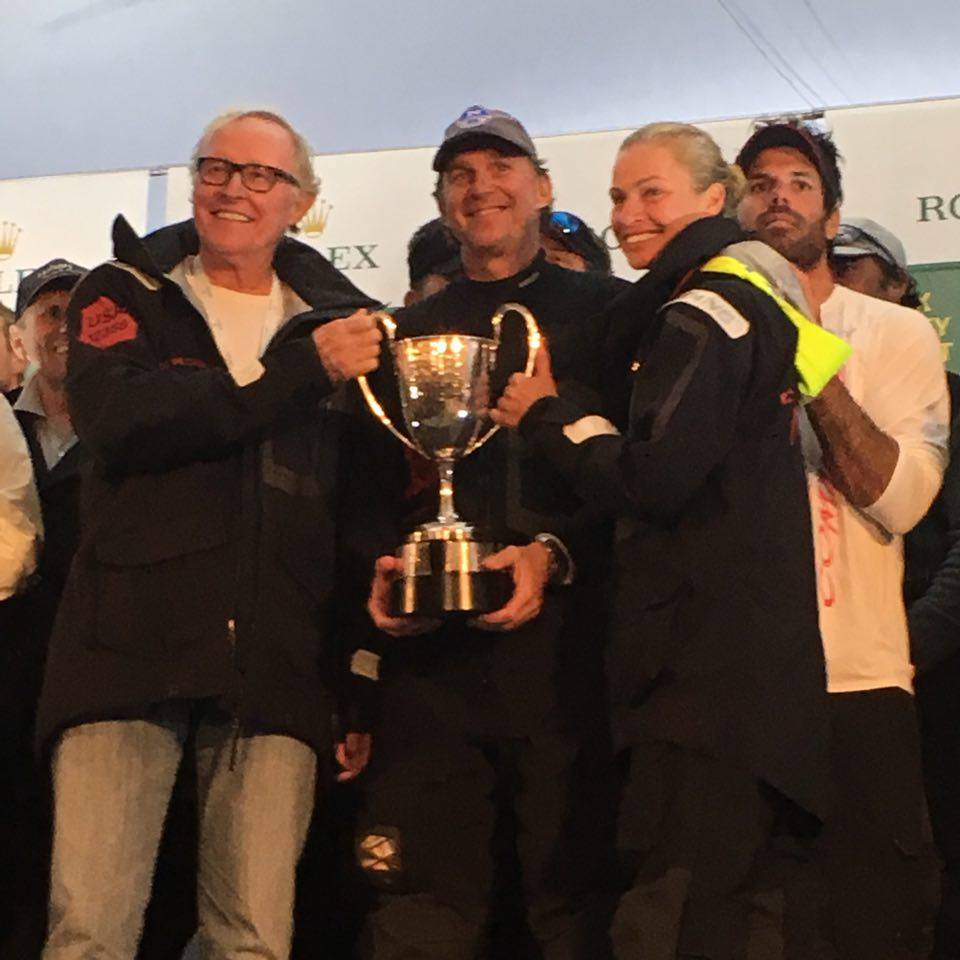 While celebrating their line honours in the 2015 Rolex Sydney Hobart Yacht Race, Jim Clark was asked if they will be bringing Comanche back to Australia for the great race. He explained that while they love the Sydney Hobart Race, it takes four months out of the year to do it. This time could be spent preparing for and competing in other regattas.

But his wife Kristy Hinze was quick to dismiss these excuses. “It’s not going to be the last time she is here. Not if I have anything to do with it,” she said.

Hinze was understandably ecstatic at the victory and compared the race to child birth. “I am extremely excited,” she said. “It has been something I have wanted to do for a while. The boat performed exactly how we expected.”

“I was scared at one point, we lost the daggerboard and tore through the rudder. That was terrifying.”

Hinze is the first female owner to take out the line honours trophy in the race. “I am incredibly excited and honoured. I wouldn’t be here without Kenny and the boys.”