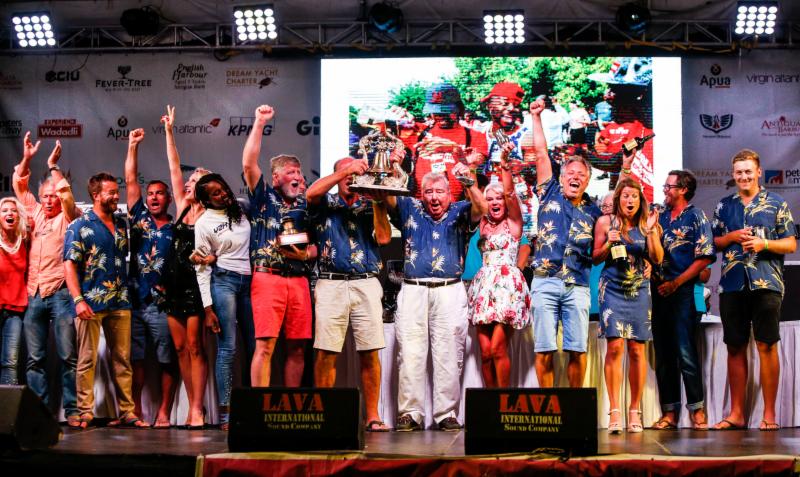 The trade winds blew for all six days of racing; mixed in with tropical heat and a rollercoaster ride of Caribbean swell, Antigua delivered world class sailing. Racing was incredibly close with the majority of the classes enjoying thrilling competition.

New marks introduced provided the opportunity for longer coastal courses, allowing the boats to stretch their legs and take in the beautiful west and rugged east coasts of Antigua. The introduction of new top and bottom marks on the Windward Course allowed for better windward-leeward race tracks, testing the technical abilities of the international fleet.

Sir Peter Harrison's Farr 115 Sojana was the overall winner of Antigua Sailing Week, retaining the coveted Lord Nelson Trophy. It has been 20 years since Larry Ellison's Sayonara achieved the last successful defence, and Sir Peter and the Sojana crew were ecstatic with their achievement.

“It's fantastic; we won the Trophy last year and in 2011, so this is a hat trick. I didn't think we would ever do it!” exclaimed Sir Peter Harrison. “The wind has been very strong all week, so Sojana has been powering along and there hasn't been a day when we haven't done well. I am absolutely delighted,” he concluded.

“We are pretty ecstatic right now. It's been an awesome week!” commented Jason Rowed, Lady Mariposa. “We have had a great time in a fantastic location. Great wind, great courses and we have all really enjoyed the week with hospitality from friendly people.”