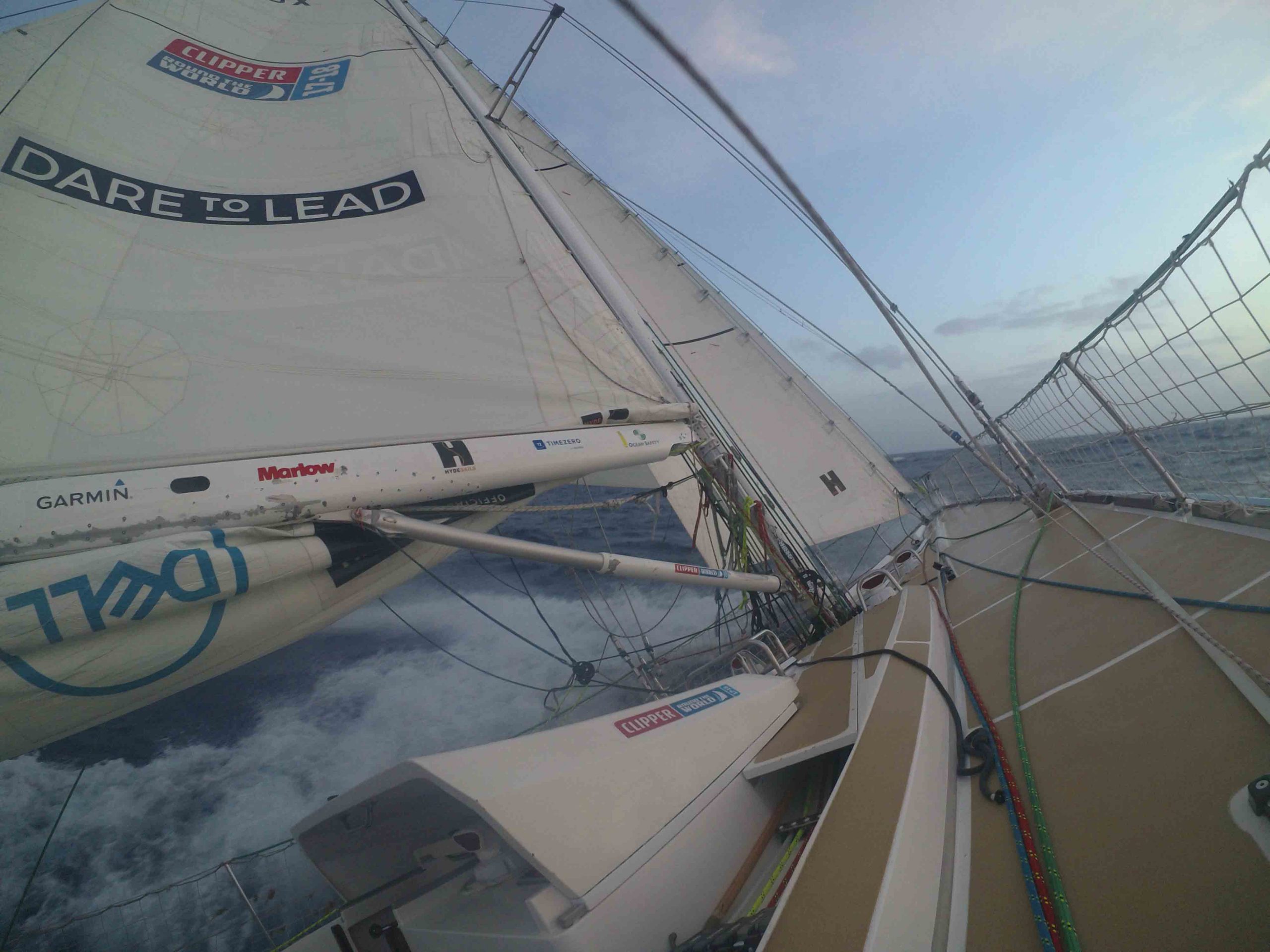 Dare To Lead in the Clipper Race.

The early divide in the fleet has led to more shake ups on the Race 11: Nasdaq Race leaderboard as teams complete their third full day of racing.

Whilst the podium places have remained consistent for the second day in a row, the rest of the fleet has been playing a game of snakes and ladders as they head towards the next race mark off the coast of Jamaica.

Gaetan Thomas, Skipper of leading team, Garmin, is pleased with progress so far and is hoping that the highly tactical part of the race will work in the team's favour: “It will be interesting to see who will pass ahead of who in a day when passing our first mandatory waypoint, Beesley.

“It will be a tactical turn of the race because as soon as this mark is passed, we should be good for a better angle and a better speed which can give some extra miles ahead of the other teams.”

Jumping up the leaderboard from tenth to fourth place, PSP Logistics Skipper Matt Mitchell and his team are looking ahead at tactics to maintain their advantage. He says: “Progress is good and the forecast is looking better as we head further north. Considerations for which route through the islands we will take are being made.”

Elsewhere, Dare To Lead has slipped three places and Skipper Dale Smyth explains the reasons for this: “Life at 45 degrees continues as we bash our way upwind towards Jamaica.

“Unfortunately, we are not making our waypoint to get around the eastern end of the island so will have to tack and spend about 90 miles doing a losing tack to make the corner. Painful as it is, that is upwind sailing.”

Also looking to use the upcoming part of the race to the team's advantage, Dale adds: “The next few days should be interesting, passing Jamaica and Cuba to the left then Haiti on the right. There will be some tactical games through the island where we can hopefully leverage some advantage.”

​However, teams are making the most of the stronger trademark force 4-5 Caribbean winds as they tack north. Also thinking tactically, Qingdao Skipper Chris Kobusch looks ahead: “We will have another two days of beating before we get closer to Jamaica and Haiti where the winds will become lighter and less predictable. A bit of a light wind lottery again as it stands.”

“The Windward passage should have some breeze in it as the ridge heads north, but it will still be fickle with many opportunities to both make up and lose ground.”

There have been some unexpected guests on board these past few days. Flying fish have lived up to their name and surprised two of the teams, including Sanya Serenity Coast, as Skipper Wendy Tuck explains: “Last night we had a first. Somehow, as I was in the Nav Station having an update with Mike Miller, a flying fish flew in to join the conversation! What are the odds of that?! He flew in through a hatch no bigger than 10 cm on a 70 foot yacht.” GREAT Britain experienced a similar situation in the cockpit when a number of the flying fish landed on the pit crew – maybe they had some local knowledge to share.

The race to New York is expected to take approximately 12 days, arriving at Liberty Landing Marina between 14-16 June. To follow the progress of the teams, keep an eye on the Clipper Race Viewer. You can also read the Skipper Blogs in full in the team pages or learn more about life on board in the Crew Diaries.