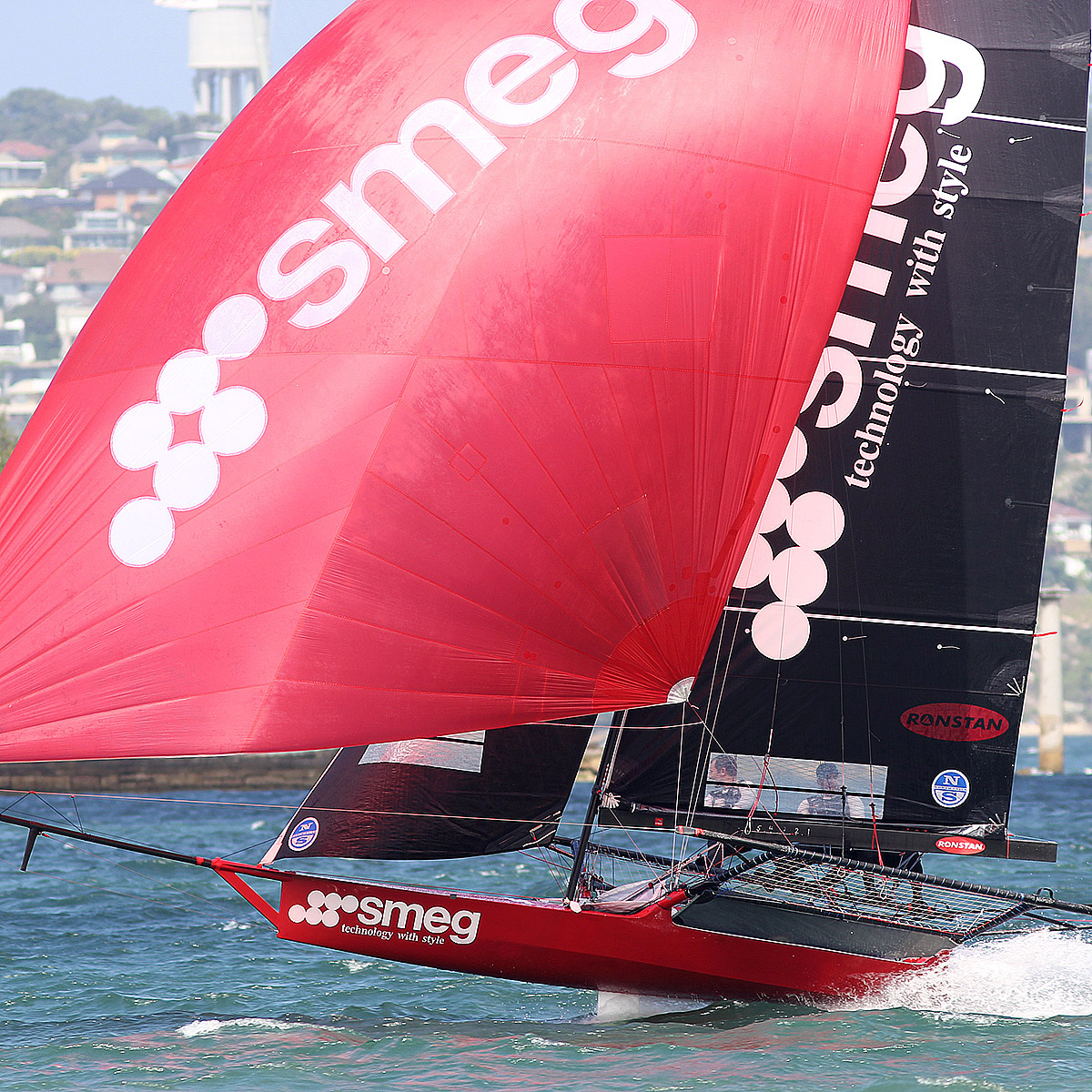 SMEG on the way to victory. Photo Michael Crittenden.

A 22-knot SSE wind provided fantastic conditions for the flying 18ft Skiffs today when the Australian 18 Footers League conducted Races 5 and 6 of the Auustralian Championship on Sydney Harbour.

Once again, the two races produced two different winners and the overall scores suggest that we are in for a great finish in the final four races.

Race 5 produced a wonderful win for the Smeg team of Lee Knapton, Mike McKensey and Ricky Bridge, as they powered away from the opposition over the final lap of the course.

Ilve (Ollie Hartas, Pedro Vozone, Charlie Gundy) were strong challengers over the first two legs of the course but could.t match the pace of the Smeg team in the closing stages.

The conditions tested the entire fleet and there were a number of capsizes as the skiffs raced around the course.

It was a great spectacle for the crowds on the ferries.

The wind eased just a little for Race 6 and this time it was the Appliancesonline team which sailed brilliantly to quickly establish a big early lead.

As was the case in Race 5, the Ilve team was the main challenger over the first lap of the course, with Finport Trade Finance in third place.

Finport's consistency managed to get the team into second place over the final stages of the race, and Finport came home 32s behind the winner Appliancesonline.

Racing continues with the final four races being held over the next two weeks.

Races 7 & 8 of the Australian Championship will be sailed next Sunday, 18 February. The Australian 18 Footers League's Spectator Ferry will follow the races.