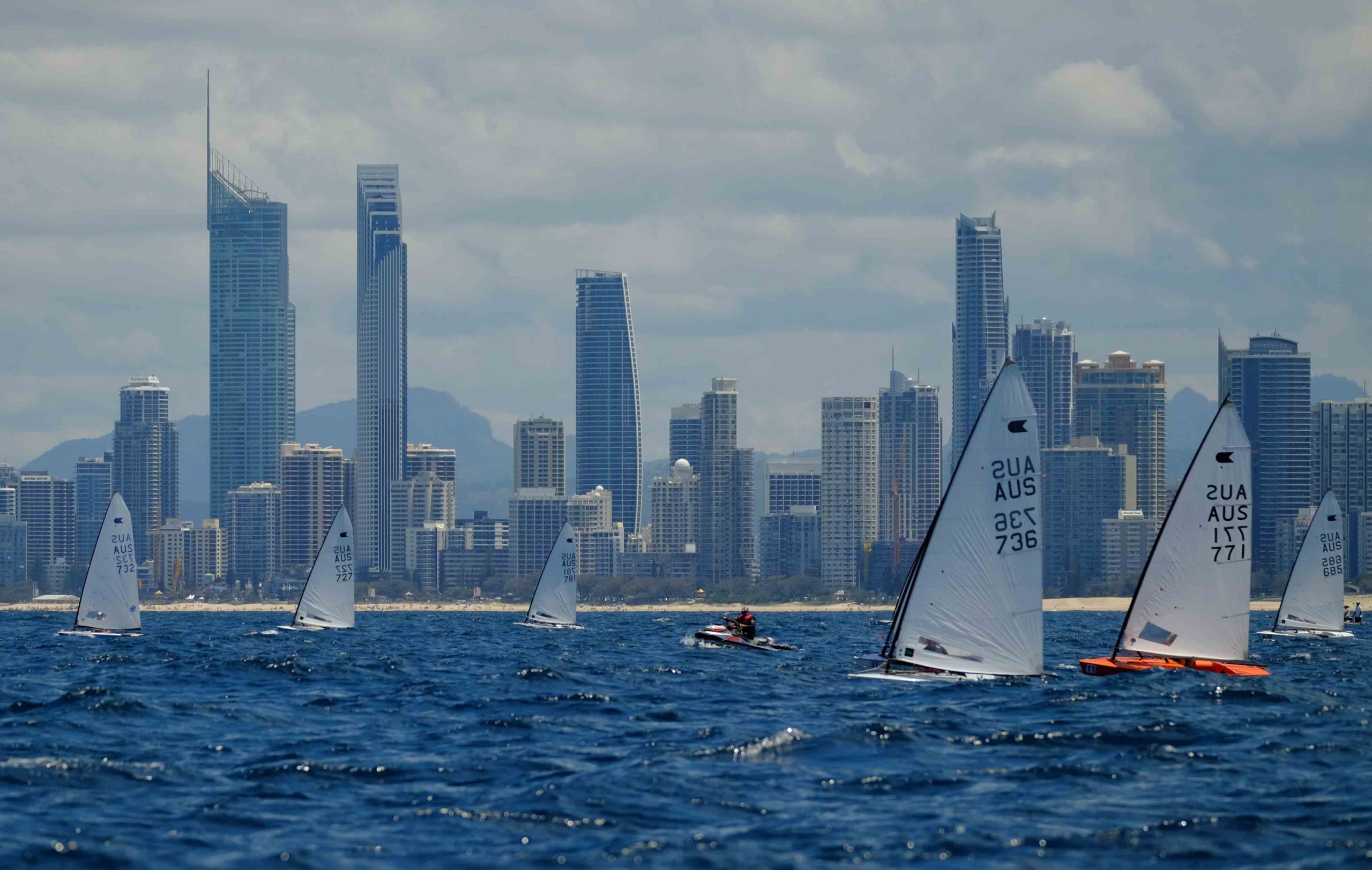 From a day of towing competitors to the start of the race course in light breezes, to 25.5knot records on Race QS. Day two of the 56th OK Dinghy National Championships made for a day of interesting racing.

Currently holding in 18th place on the upper half of the fleet, Glenn Yates sailing on Pleasure/Pain, took the tracking system Race QS beyond expectations.

“I was thrilled at the speed travelled throughout race three today, conditions were fantastic. The downhill power in the waves were exhilarating, as I looked around fellow sailors couldn’t keep the smiles off their faces. Uphill was a little more challenging, but again the downhill port tack kept the boats surfing and rolling with the waves,” said Glenn.

After competing in a previous 28 OK Dinghy Nationals and nine World Championships, Glenn knows a thing or two about high end competitive racing. “The first two races had wave action but not so much wind strength, however as the wind kept building the wave structure continued to grow. A very different rolling wave structure compared to the deep wave conditions I am used to at Blackrock,” Glenn added.

Due to some heavy sailing today, a few minor repairs and a welcome respite are scheduled for tomorrow’s lay-day, before returning to the course on Friday.

The general consensus is the hope for Friday to be similar condition to today with lighter winds in the first race and building for the second, giving all sailing abilities a chance to enjoy individually suited conditions. Making for an opportunity for sailors to put their best foot forward.

Today’s first race brought 8 to 10 knots of breeze with flat seas, before shifting the second race course by 10dgrees, the breeze increased 12 to 14 knots creating a faster race.

The third race increased beyond 15 knots, creating lumpy seas with a further stretched course, quite a hard beat up because of the waves. The first reach uneventful with the second reach hosting a real screamer, causing boats plaining on waves and big speeds. The second beat breeze increased to 18 knots. A few capsizes on the last run, with sailors beginning to get tired, but the support boats were on site to get all boats home safely. The end the day brining 20 plus knot gusts and an increased lumpy sea.

“The 20knot gusts towards the end of race three brought some challenging conditions, however this also brought some phenomenal down-winds. No matter where the sailors placed, ecstatic smiles are to be seen by all sailors back on shore”, said Kelvin Holdt, consistently holding third place sailing on Green Eggs and Ham.