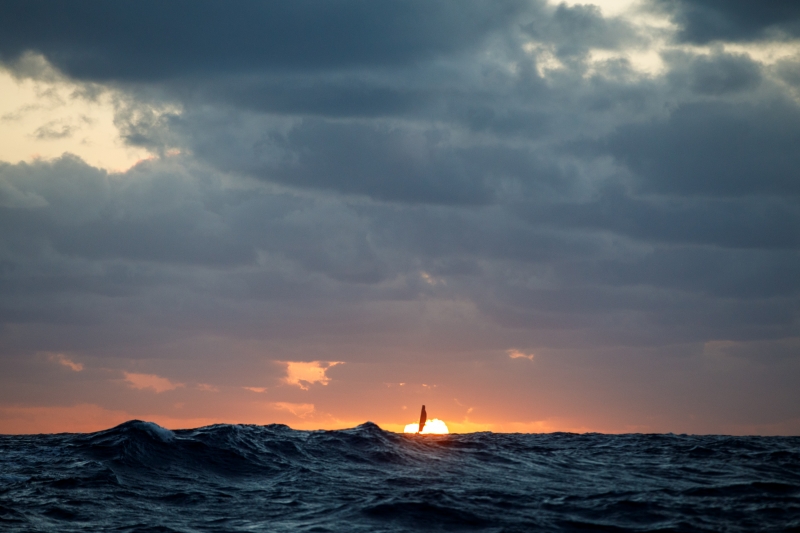 Dongfeng Race Team and team AkzoNobel claimed the first bragging rights of Leg 4 three days into the sprint to Hong Kong as their bid to punch further offshore paid dividends.

Both teams, plus Turn the Tide on Plastic, opted to head out to sea on Wednesday in search of a boost from a northerly current, leaving the remaining four crews hugging the Australian coastline.

Twenty-four hours on and , while Dee Caffari’s Turn the Tide on Plastic occupy the third spot.

Although it’s still early in the 6,000-mile stage from Melbourne to Hong Kong, these small gains have given the top teams a welcome boost.

“Now there is a big gap between us and MAPFRE and Vestas 11th Hour Racing,” said Franck Cammas, stepping onboard Dongfeng for Leg 4 as navigator to replace the injured Pascal Bidegorry.

“We were happy with our choices yesterday. We thought about the risk before the start, and this is the routing we wanted. We followed our plan, and it’s good for our confidence.”

Spirits were equally high on team AkzoNobel, especially given the challenge they faced in Leg 3 when a bad gybe saw a section of their mast track ripped out.

Simeon Tienpont’s crew were just 2.2 miles behind Dongfeng, and almost three knots quicker, at the 1300 UTC position update with the fleet drawing level with Brisbane.

“I feel really good that we're able to compete with the likes of Dongfeng and MAPFRE, and actually faster at times,” said AkzoNobel’s Chris Nicholson. “The question now remains if we can maintain it over the distance. They've proved that they can consistently go at this level day in and day out.

“That's something that we've yet been able to maintain. They've proven themselves to be a solid package all around. I think we can but we're yet to push ourselves that hard for that long.”

And Dee Caffari, skipper of Turn the Tide on Plastic, tweeted: “Two good position reports make for a happy crew.”

While boat speeds were still up around the 20-knot mark today, the forecast suggests the wind will become lighter in the coming days – bad news for the leaders but a chance to catch up for the chasing pack.

The key for those inshore will be the moment at which they gybe back onto port and reposition themselves better in the west to pick up better breeze.

“At the beginning we were not expecting to lose much but things haven’t gone our way the last 24 hours,” admitted Xabi Fernández, skipper of fifth-placed MAPFRE, some 37 miles off the pacesetters.

“But one thing is for sure, we keep fighting every wave and we know we will have opportunities to come back in this leg. There is so much left and it is so tricky.”