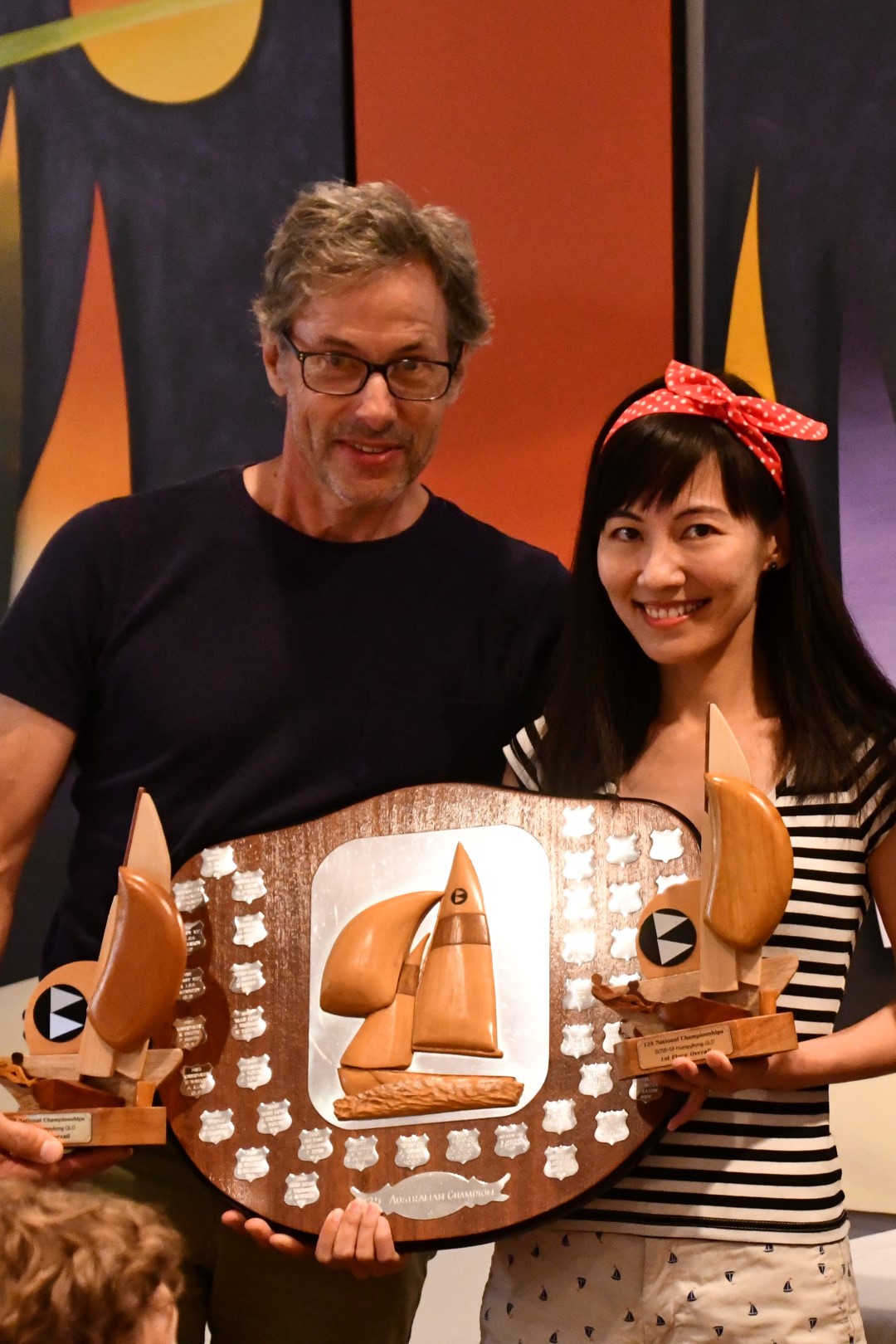 The 42nd 125 Australian Championships were held by Humpybong Yacht Club, Queensland, between the 29th of December 2018 and the 4th of January 2019.

Eighteen entries from Western Australia, South Australia, Victoria and Queensland contested the highly competitive regatta which was held over nine races and sailed in mainly light to moderate conditions on the waters of Bramble Bay.

With close racing throughout the fleet and many lead changes between the frontrunners, Jamie Thompson and Ning Xue from Victoria, sailing “Slow Boat”, finished the event as National Champions. This is Jamie’s ninth Australian Titles win in the class and Ning’s first.

In second place was Perth boat “Rush” sailed by Ryan Sherburn and Felix Browning, “Rush” is the latest build in the class, only completed a few months before the titles and coming out of the same mould as the National Champion “Slow Boat”.

Chris Mann and Luke Johnson, sailing “Pigs In Space Too” from Queensland, rounded out the top three. The young skipper only turned 12 a couple of months before the event and will be one to watch out for in the future.

Junior Champions were the brother and sister team of Merrick and Ella Coxall representing Esperance Bay Yacht Club in Western Australia sailing “Shake and Bake”. The pair were consistently racing amongst the front runners and finished 5th overall.

Jordi Oakley skippering “The Feelgood Shift of the Summer” from Port Curtis Sailing Club with the youngest crew members in the fleet, Lana and Morgan, improved every race to take out Handicap honours after the week. They were followed by Catherine Colbert and Jessica Vanden Berg sailing “She Waits for no Man” from Darling Point Sailing Squadron with third Tim Ashman and Annette Kruze sailing “Pirates of Coffin Bay” from the South Australian Coffin Bay Sailing Club.

Next year’s Australian Championships will be hosted by Port Lincoln Sailing Club in South Australia.