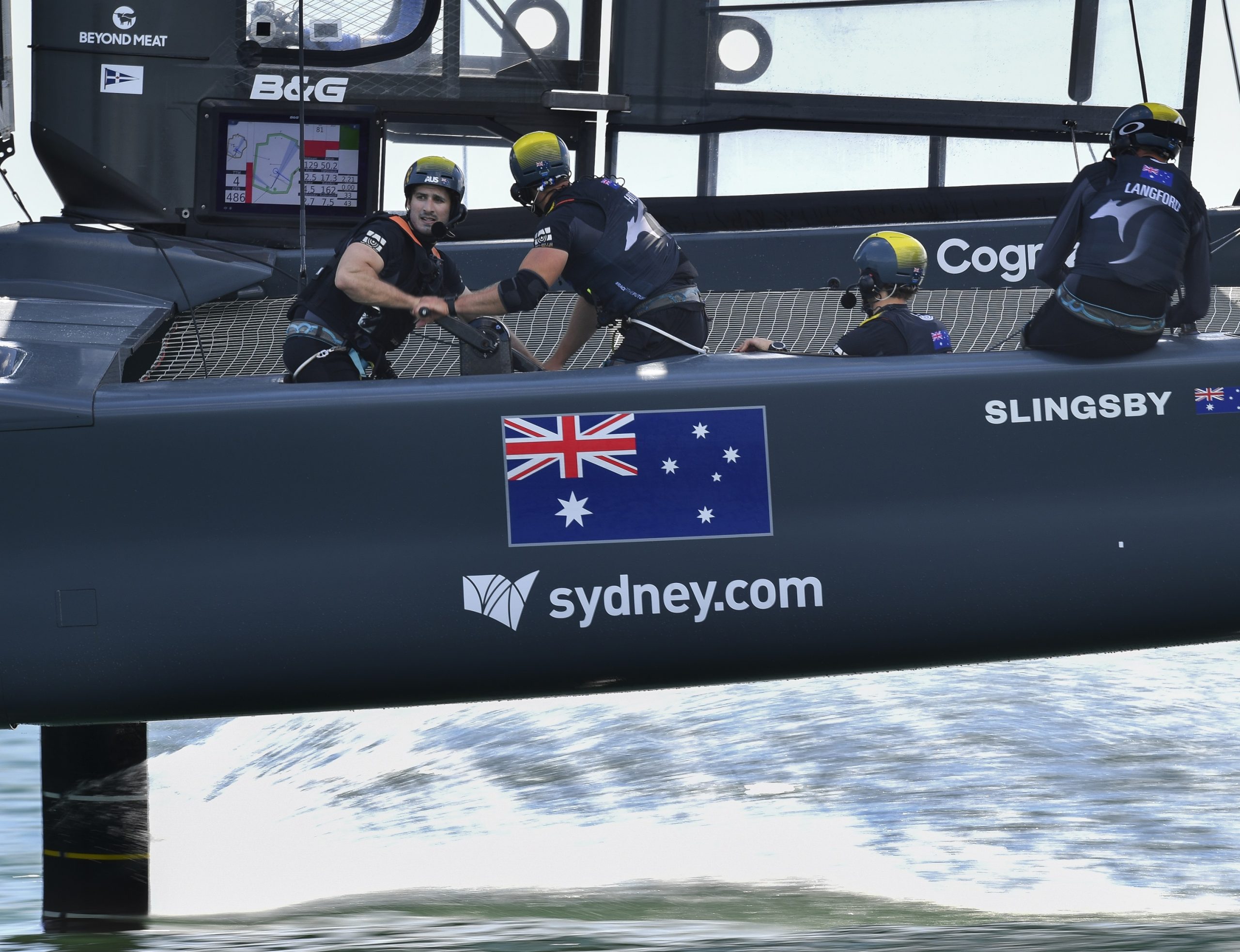 Plymouth, UK: Tom Slingbsy and his revised Australian SailGP Team took part in their final day of practice, ahead of the Great Britain Sail Grand Prix, this weekend,17-18 July.

The Australia Team will be competing with an altered crew format in Plymouth, with Flight Controller Jason Waterhouse and Grinders Sam Newton and Kinley Fowler not competing in this event.

“It’s definitely going to be tough this week for us having a new crew on the F50. However, I’ve been impressed with how we have been sailing in practice with the new sailors, and I think we’ll surprise some people that we are still there and will still be a big threat,” the Australian said.

Ed Powys, grinder for the Australian Team, will move into the Flight Controller role, with the team upskilling him during the past three days of training, in preparation for race day one.

Powys commented, “It’s definitely been a baptism of fire. I managed to get some time in the simulator before Plymouth to get a feel for the role.

“We’ve been lucky with the flat-water conditions in the sound, which have provided the perfect setting for me to learn the different techniques and settle into the role. The most challenging aspect will be maintaining a level of consistency during the fleet races.”

Slingsby and the team will be looking to climb the Season 2 standings at the Great Britain Sail Grand Prix this weekend, after a disappointing result in Italy, which saw the team come in eighth place.

Slingsby commented on the predicted conditions for this weekend saying, “We’re Australian’s so we love the big windy conditions, the more gnarly the conditions the better for us.

“Light winds for us are our weakness, so it’s been something that we have been working on this week in training as it’s likely that we will need to race in these conditions.”

Also new this event is SailGP’s unveiling of a second podium this season – the Impact League – launched in support of its #RacefortheFuture purpose-led agenda, to make sustainability action essential to the fabric of sport.

All eight international teams will compete during the season across 10 key sustainability criteria, with the winner crowned at the season final in San Francisco.

The Great Britain Sail Grand Prix | Plymouth will air live on Fox Sports and on Kayo Sports this Saturday, July 17 at 11:00pm AEST and Sunday, July 18 at 11:30pm AEST. Kayo Sports are offering fans free access to both the live and replay racing, via it’s Kayo Freebies offer.