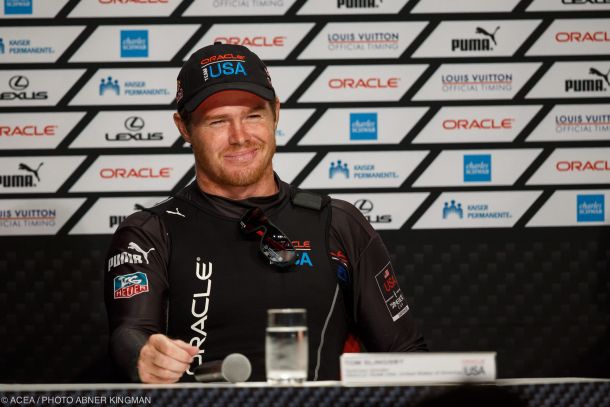 Tom Slingsby, the 2012 Olympic Laser Champion, has entered the Finn class at Sail Melbourne which takes place off St Kilda later this month.

Slingsby insists he is “a bit light” for the class and that it is “just for fun”. He says that while he works on getting an Australian challenge for the America's Cup off the ground, he doesn't know what the future holds, so he decided to buy a Finn and compete at Sail Melbourne.

“It's a good regatta for close racing, a single-handed class which I love, and it will be interesting to see how close I can get to the top guys.”

Bulked up from America's Cup strength training, Slingsby weighs in at 88kg, six kilograms heavier than when he won the Laser Olympic title. As he says, that is light for a Finn sailor. But Slingsby was always a physically aggressive sailor, throwing the Laser around in a manner that changed the way Olympic sailors compete in the class.

Although Sail Melbourne has lost its World Cup status, a strong fleet is expected in the Finn. It includes this year's Finn Gold Cup winner, Max Saminen of Sweden, and locals Oliver Tweddell and Jake Lilley who consistently place in the top 10 at international regattas.

As Slingsby says, it will be interesting to see how close he can get to the front of the fleet.