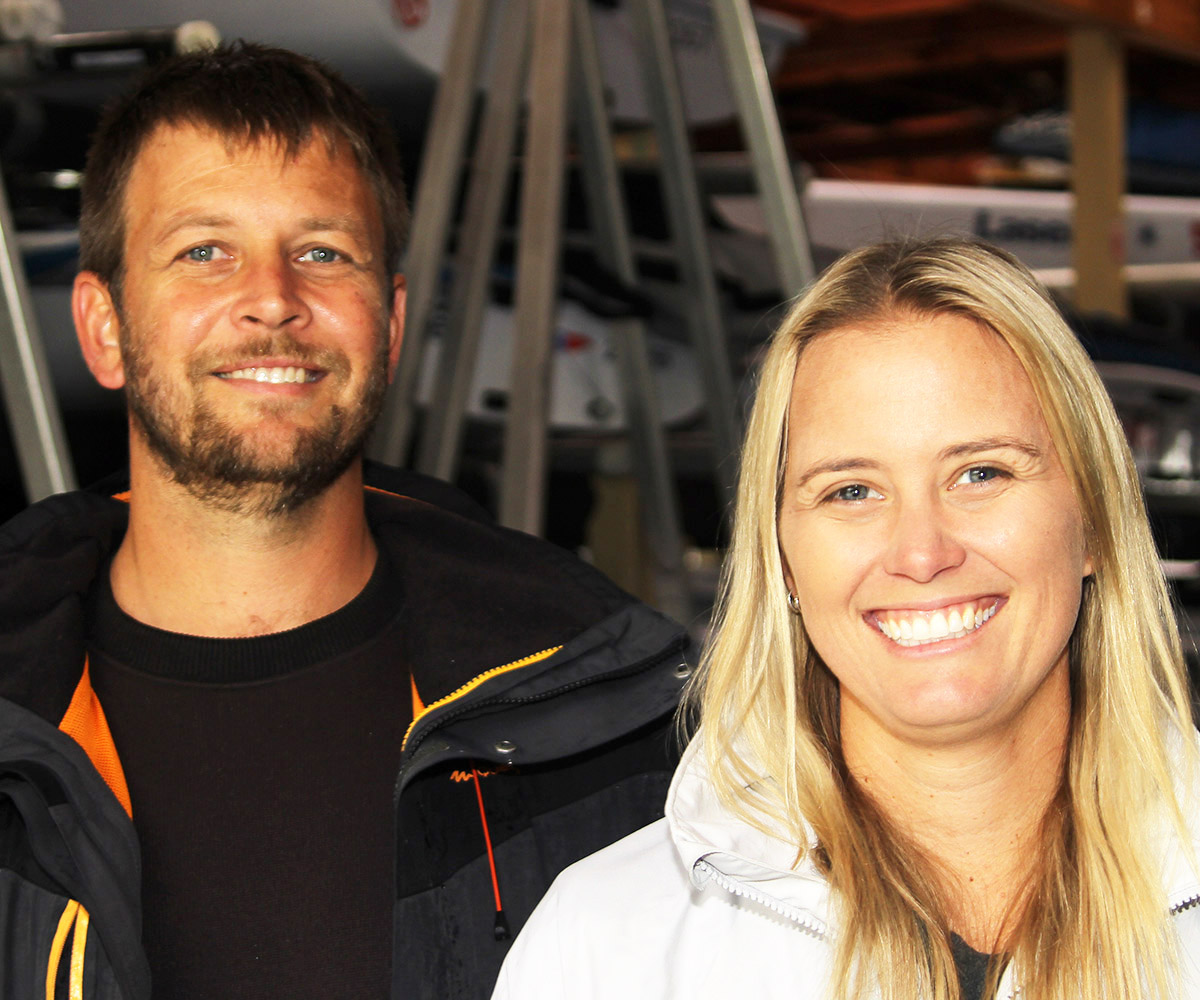 When Yvette Heritage, Richard Heritage and Daniel McLachlan line up for Race 1 of the Australian 18 Footers League’s Spring Championship next Sunday (14 October), Yvette and Richard Heritage will create history in the 125-year-old 18ft skiff racing class.

It will be the first time that a sister and brother have competed together since the original 18 Footer contest on Sydney Harbour, in January 1892.

The team will be sponsored by Quality Marine Clothing.

Lisa Gilbert, from the Australian 18 Footers League, spoke with Yvette recently about her personal life, sailing background, the team’s preparation, as well as their expectations for their first season in the 18s.

Yvette was asked what she does as a day job and what her other recreational and sporting, interests: “I'm a director of a geotechnical engineering consultancy (SCT Operations) in the coal mining industry.”

As a Senior Geotechnical Engineer, she consults to the underground coal mining industry in geotechnical and hydrological assessments. She also leads research projects and presentations to improve industry understanding of key geotechnical issues within the Australian coal industry, as well as the odd overseas jaunt.

Outside her work environment, Yvette said, “Sailing tops everything; I also enjoy the beach and playing AFL.”

“My father sailed, so we were naturally introduced to sailing at a young age. Over the years I’ve sailed Sabots, Flying 11’s, MG14’s, 16ft skiffs and have been focusing on offshore racing over the last three years (including completing three Sydney Hobarts on Black Sheep as navigator).”

On her crew for the coming season, Yvette said, “Dan is my bowman. He’s grown up sailing as well, and he's been in 16s for the last 10 years. He is a very capable bowman. Richie will be on sheet and has skippered and crewed 16s, as well as Moths, in more recent years.

“Richie also happens to be my brother… So, we'll see how that goes!”

It was that ‘throw-away’ comment that is the history making statement that there has NEVER been a brother-and-sister combination competing together in the iconic Australian sport.

Quizzed by Lisa on the team’s expectations for the 2018-2019 Season on Sydney Harbour, Yvette was cautious.

“Honestly, learn how to handle the 18 well, and hopefully get some reasonable finishes while enjoying some great rides! It's amazing to have this opportunity to sail an 18.

“None of us have sailed 18s before. We were fortunate enough to pick up an 18 after the 2018 JJs (Giltinan), which enabled us to practice over the winter. So we’ll have had less than 10 practice sails before the season starts… Let’s hope this helps!”

The trio has had experience together, which will be important in the demanding world of the 18s.

“Dan has been my bowman since he was 15. He crewed with me on the MG14, then came with me to the 16s. We only stopped sailing together when I took a break from sailing skiffs full time three years ago. We have a good sailing rapport, so he was no doubt the first person I asked for the 18s.

“And although not sailing together in our younger years, Richie and I crewed a handful of times for each other on the 16s.”

What drew the Sydneysider in to the 18's?

“I watched the 18s as a kid on TV and thought it was pretty extreme and awesome. So it's always been in the back of my mind as something I wanted to do, but most probably an unattainable dream as those guys looked tough.

“Last season, I got the skiff sailing bug back and, seeing other 16s friends sailing 18s, I thought… I could do that, so here we are.”

Yvette, who grew up in Sydney, says: “Most of my junior sailing was on the Georges River and Botany Bay. I always enjoyed sailing on Lake Macquarie in a breeze – flat water and a strong breeze is always fun.

“I’m looking forward to the challenges that Sydney Harbour will present to us, ferries and all.

“My personal sailing achievements are more focused on the memory of great rides, challenging conditions and pushing myself to achieving new goals that I haven't reached before.”

Sounds like someone who will be a perfect fit for the action-packed world of 18ft skiff racing on Sydney Harbour.

The opening race of the Australian 18 Footers League’s 2018-2019 Season on Sunday will bring together 17 of the world’s best 18ft Skiff teams over 3-Buoys courses, designed to ensure the closest possible racing and to maximise the action for the spectator fleet.

The Club’s usual spectator ferry will follow Sunday’s race as well as all the racing throughout the season, leaving Double Bay Public Wharf, alongside the clubhouse, and the rigging area, every Sunday at 2pm.