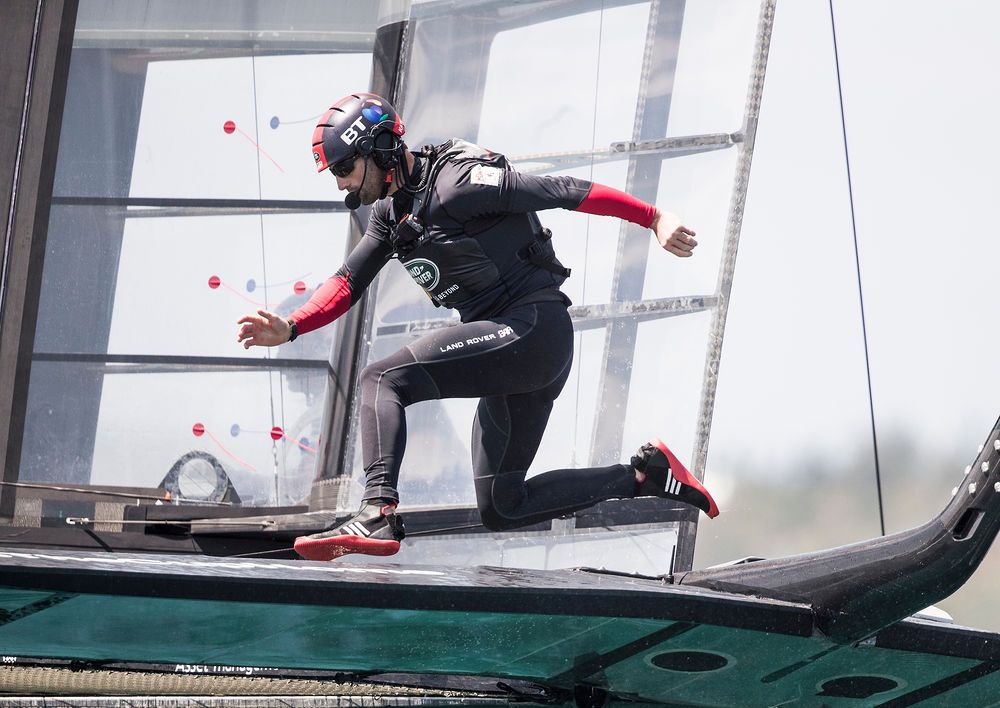 Sir Ben Ainslie, the four-time Olympic gold-medallist and America's Cup sailor, is to return to the Extreme Sailing Series as helm of Land Rover BAR Academy for the penultimate Act of the season in San Diego, from 19 – 22 October.

The British sailing star, who recently finished a campaign in the 35th America's Cup as Team Principal and Skipper of the British challenger, Land Rover BAR, has previously competed in the Series in 2011 and in 2014.

“I'm looking forward to joining the team in San Diego and getting back amongst the Extreme Sailing Series fleet,” commented Ainslie on his return to the ultimate Stadium Racing championship as it makes its debut in the Californian city.

This time Ainslie joins the UK-flagged youth team, which was set up in his name to train the next generation of British America's Cup athletes, as helm and mentor. The syndicate, the average age of whose trialists is just 21, currently sits bottom of the scoreboard. But the team has shown moments of brilliance competing against a seasoned fleet of some of the world's most accomplished sailors, including a second-place finish at Act 2 in Qingdao, China.

“I am so proud of everything the Land Rover BAR Academy team have achieved since we launched the programme back in January 2014. All their hard work, commitment and dedication really came together in Bermuda and the Red Bull Youth America's Cup success; it was a real achievement,” said Ainslie.

Ainslie will sail alongside a talented squad of some of the UK's best up-and-coming talent, including 23-year-old skipper and bowman Rob Bunce. The crew all underwent rigorous testing in a recruitment process before being selected for one of the precious spots on the team. The recent recruitment day saw over 20 more young hopefuls attend the base in Portsmouth to fight for a place.

Mainsail trimmer Will Alloway, who is currently campaigning in the 49er for the 2020 Tokyo Olympics, is looking forward to learning from Britain's most decorated sailor: “One of the great, key aspects of the programme has been the opportunity we have had to seek advice and mentoring from the senior team. It is going to be a real honour to race with Ben, he is someone we have all looked up to, and we can't wait to hit the water in San Diego.”

Jono Macbeth, Land Rover BAR Sailing Manager, commented: “The opportunity to sail with Ben in San Diego will be hugely valuable for the current squad and it really shows what the programme is all about, the senior team coming together with the junior, on and off the water. We hope to see more of this over the next few years.”

Find out about the rest of the world-class teams who will compete in San Diego here.

The on-water action will be accompanied by a packed on-shore entertainment schedule for the free-to-enter Race Village, located at Harbor Island Park. With a range of activities, from a dedicated kids' zone to a virtual reality GC32 experience, as well as a variety of food and drink stalls, there is something for everyone.