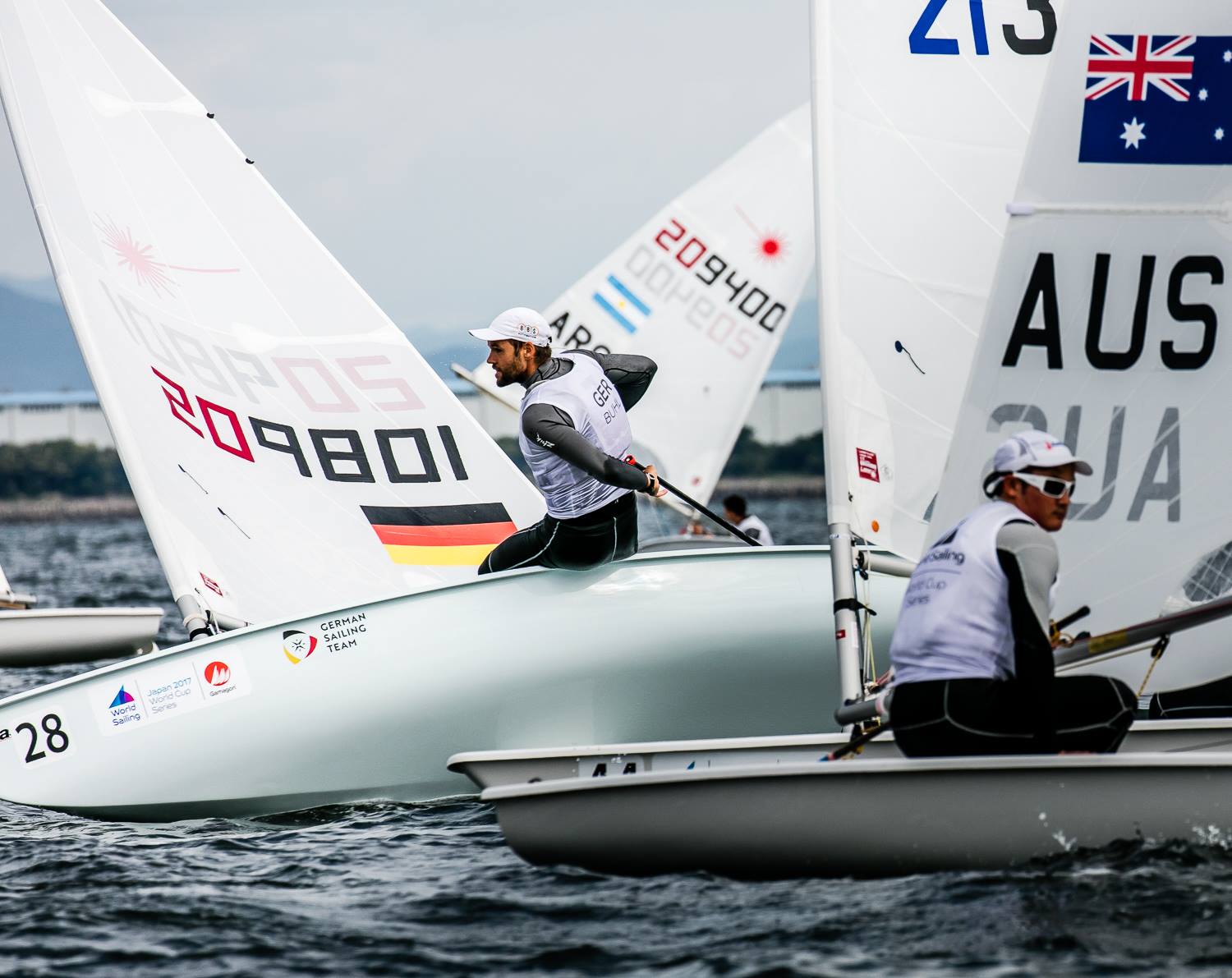 Challenged by a 5-6 knot breeze over the first two days of the World Cup Series event, the champions have used all their experience to position themselves at the top of the pack or firmly in medal contention.

Poland's Agnieszka Skrzypulec and Irmina Gliszczynska finished tenth at the Rio 2016 but their decision to compete in Gamagori and target Tokyo 2020 was made well before their final race in Rio.

The Polish sailors focused on the goal ahead of them and they achieved success almost immediately by claiming their first world title in July in Thessaloniki, Greece. They have transferred their display from Greece across to the World Cup Series in Japan and hold an early lead after three races.

“The training has helped us to adjust to the conditions and we are using the skills, which we have recently learnt, in our races,” continued Skrzypulec. “The main focus is to keep improving on the small detail and sailing tactics. We are pleased with our progress so far.”

Skrzypulec and Gliszczynska finished second in the only Women's 470 race of the day and have a one point lead over Switzerland's Linda Fahrni and Maja Siegenthaler.

Mat Belcher and Will Ryan (AUS) claimed the Men's 470 world title for the fourth time as a team in alongside the Polish racers in Greece.

They held the overnight Gamagori lead but slipped to third after an 11th, which they discard, in the single race of the day. However, they are just two points off Tetsuya Isozaka and Akira Takayanagi (JPN) and Matteo Capurro and Matteo Puppo (ITA), who share the lead.

Split, Croatia hosted the Laser World Championships and Pavlos Kontides, Cyprus' first ever Olympic medallist, claimed his first title. Less than one month from his triumph, Kontides continues to excel in the Laser and snapped up a third and second to take the initiative in the 50-boat fleet in Gamagori.

Kontides was locked in a three-way tie for top spot overnight but managed to put five points between himself and Lorenzo Chiavarini (GBR) from two races. Rio 2016 Olympic gold medallist Tom Burton (AUS) and bronze medallist Sam Meech (NZL) had mixed days, using up their discard one race and finishing at the front of the pack in the other. They are tied on 18 points in third.

Great Britain's Dylan Fletcher and Stu Bithell beat their team mates James Peters and Fynn Sterritt to the 2017 49er world title in Matasinhos, Portugal at the start of September by just four points.

Their rivalry has transferred across to Gamagori and the teams occupy the top two spots after five races. Fletcher and Bithell hold a five-point advantage after taking two out of four wins from the day.

China's Bing Ye won the Men's RS:X World Championship in Enoshima, the Tokyo 2020 Olympic venue, 275 kilometres away from Gamagori. No racing was possible in the Men's RS:X in Gamagori due to light winds but Ye occupies second overall, five points off Mateo Sanz Lanz (SUI) with plenty of racing remaining.

One race was held in the Women's RS:X and Japan's Fujiko Onishi took the race win to move into third overall. Megumi Komine (JPN) followed Onishi and as a result leads the fleet.

Denmark's Anne-Marie Rindom remains at the summit of the Women's One Person Dinghy (Laser Radial) after a mixed day. Greece's Vasileia Karachaliou trails Rindom by one point and Emma Plasschaert (BEL) is a further two points back.

Racing is scheduled to resume at 11:00 local time on Thursday 19 October.