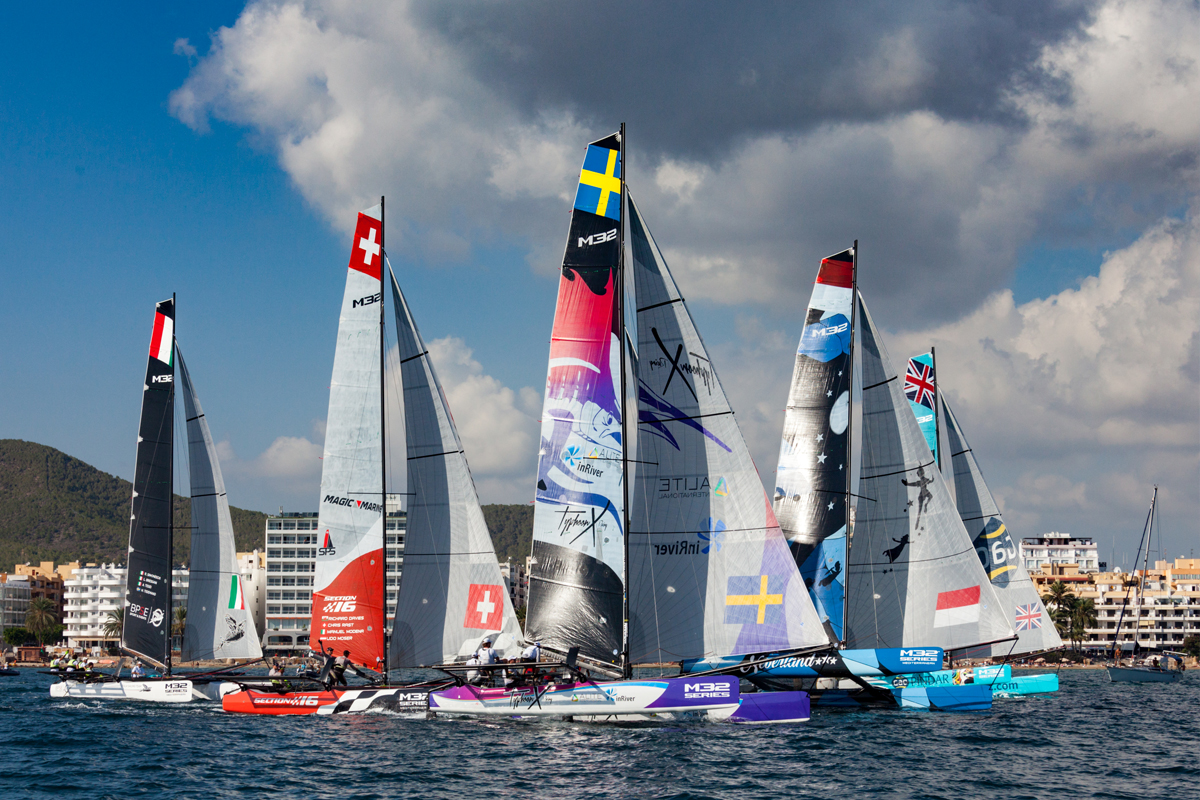 After a test race this morning to try and get sailing in front of downtown Ibiza’s boardwalk the racing had to move outside of the harbour in search for stronger and more stable breeze. This became the start of some intense sailing with three different winners of the four races sailed.

The Series leader Italia Sailing Team with skipper Riccardo Simoneschi at the helm took one of the winning spots, but it wasn’t all so easy for the team. With a break down in the first race and a penalty in the last race at a gate rounding in a critical phase of the race Simoneschi couldn’t hold the top spot and has slipped to fifth place, a position he is not used to being in.

The fleet’s hot favourite Ian Williams sailed a solid first day and racked up one win and three second places which puts him at the top of the leader board at the end of day one. Williams and his Team GAC Pindar is testing two new team members this regatta and using the event to try out new moves in preparation for the current WMRT season.

The team that tallied most wins on the leader board was Swiss team Section 16. Richard Davies sailed a solid first day and is at the heels of GAC Pindar trailing them by only two points. It was impressive sailing from the team and tactician Chris Rast was delighted commenting, “We’re very happy to be in Ibiza to start with and with results like this it is even better. We couldn’t be happier and intend to keep pushing tomorrow.”

Monaco based team Neverland did a good job on the water today and Guido Miani helmed his team to the podium on day one, only five points behind the top two teams.

At the bottom of the pack it is very close and with only three points separating the two Swedish teams and the Italians everything is to play for this weekend. We have two more days of sailing at this final event of the M32 Series Mediterranean and racing starts at 14:00 local time.