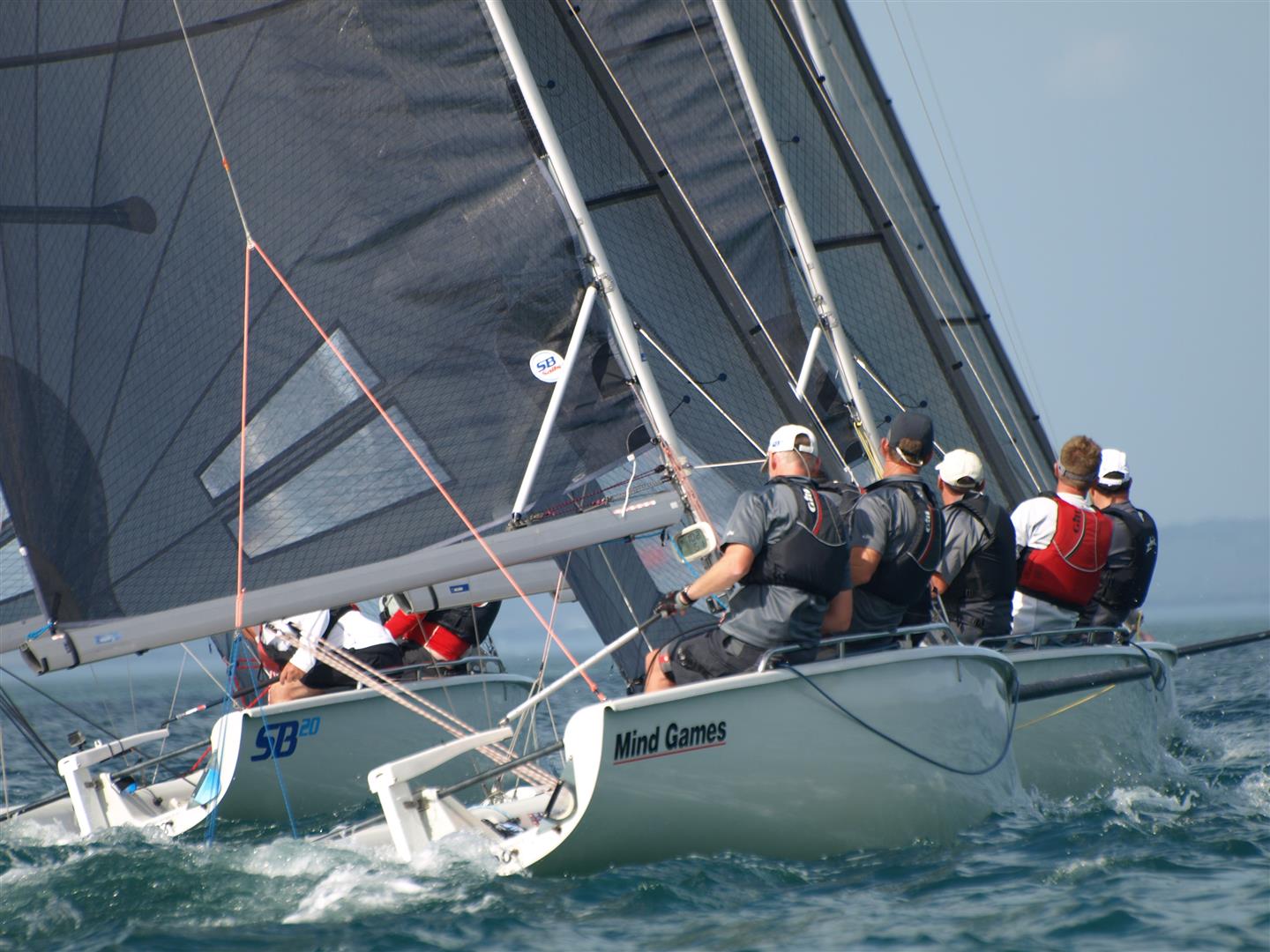 The 2016 SB20 Australian Championship fleet hit the water to start race three of the series just before 4pm this afternoon.

After numerous postponements during the day, PRO Kevin Wilson sent the fleet out into a building breeze which steadied during the three races raced today.

Race three of the series started in 8-10 knots but the breeze shifted to the left of the course resulting in the race committee moving the top mark. This didn’t faze Nick Rogers (Karabos) who lead the fleet for the duration and celebrated his birthday in fine form, holding out Bourke (Red) to win right on the line. Cooper (Export Roo) was a close third keeping his national hopes well and truly alive.

Race four started in a stronger 15 knot breeze. Newly appointed SB20 Australia Class President Stephen Catchpool (Hypertronics) had a perfect start and was first around the top mark well ahead of Bourke (Red) but after a strong downwind leg, Bourke pulled back the lead taking first place from Cooper (Export Roo) and Richard Fader (Sudden Impulse) with Catchpool finishing in third place after losing a kite halyard downwind.

The PRO started race five of the series just after 6pm in a shifting breeze of 12-15 knots and it was all drama. Under the U flag rule, Hughie Lewis (Nautilus Marine), Matt Pilkington (Balios) and Jan Talacko (Foreign Object) were over course side (OCS) and were disqualified from the race. Bourke went around the top mark the first time in first place with Cooper (Export Roo) sitting in second and Catchpool (Hypertronics) in third, but Cooper managed to hook the top mark and was stranded as the fleet sailed past. Some skilful manoeuvring saw Cooper back himself off the mark and he continued to sail the race. Cooper (Export Roo) has lodged a protest which is likely to be heard on Saturday 5 March 2015.

Provisional results for the regatta at the end of day two are as follows:

The fifteen-boat regatta is being sailed from the Blairgowrie Yacht Squadron Inc. Race results are available at the end of each day at http://www.bys.asn.au/2016-sb20-australian-nationals/