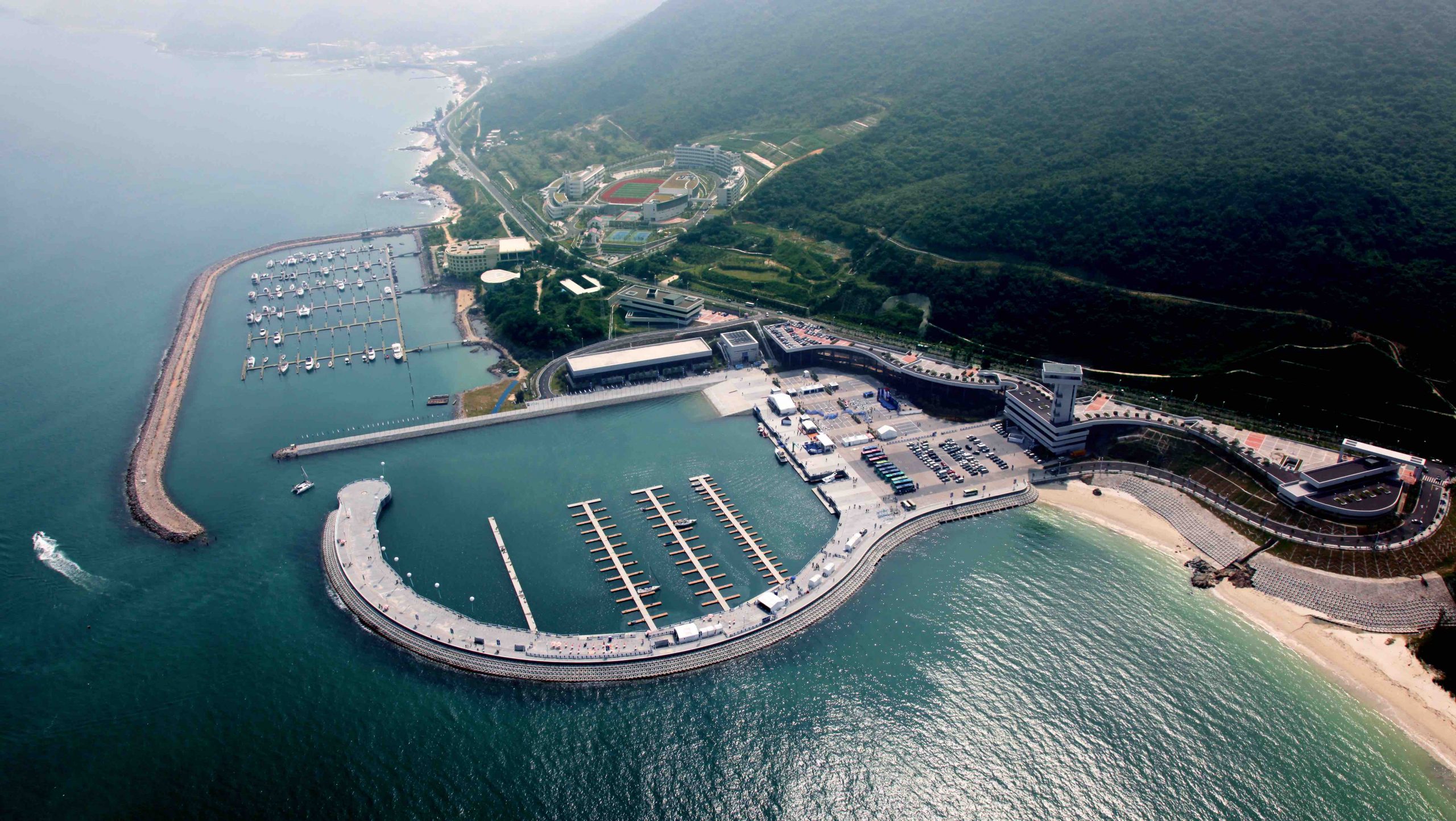 Shenzhen will host the WMRT final in 2017.

Shenzhen, China (August 28, 2017) – As the China Cup moves to its second decade the World Match Racing Tour, with it’s high performance M32 catamarans at its core, will aid in propelling this highlight on the Asian sailing calendar to a World leading event and keep it at the cutting edge of modern day high-performance sail racing. As the sailing world’s eyes turn to the WMRT Finals in October, Shenzhen and the China Cup will play host to the conclusion to the 2017 match racing season.

Within the past 40 years Shenzhen has grown from a sleepy fishing village to a thriving metropolis with over 20 million inhabitants. This south-eastern Chinese city has hosted the China Cup from its inception in 2007 and ever since the event has powered the development of sailing in China. With ten years experience of hosting this annual sailing spectacular, Shenzhen certainly knows how to deliver as it is five-time winner of “Asian Best Regatta of the Year” and organisers have grown it to become Asia’s biggest boating event.

The M32 catamarans being at the China Cup marks a big step for the event, aligning itself with many other high profile sailing regattas looking to high-performance classes to keep public interest up and to attract the world’s greatest sailors who are making the move to apparent wind and multihull sailing. “Taking the World Match Racing Tour to China for the first time in it’s history is a huge step which we are very excited to be announcing today.” Said Robert Magnusson, CEO at the World Match Racing Tour. “The legacy of the China Cup has proven the popularity of sailing within China and particularly in this region. We are honoured to take the finals of the WMRT to the China Cup because we see a fantastic value for the Tour and for the China Cup. In our attempts to help grow the sport we see this move as a tool to strengthen the link between Chinese sailing and the international sailing scene.”

Ahead of the announcement, Mr. David Zhong, Deputy Secretary General of China Cup International Regatta Organizing Committee commented, “First of all, I’d like to thank Robert Magnusson, CEO of the World Match Racing Tour and Chris Lee, founder of this project to bring the World Match Racing Tour to China and warmly welcome all teams of the Tour to join the 11th China Cup International Regatta held in the waters of Daya Bay, Shenzhen, China. Shenzhen is a vibrant and dynamic city with over 20 million inhabitants renowned for their pioneering spirit. With a favourable geometrical location, weather suitable for the sport of sailing all year round and with healthy social and economic growth, Shenzhen has the largest number of boat owners and sailing enthusiasts in China. The debut of the fantastic teams and boats of the World Match Racing Tour at the China Cup will be making history in terms of the first ever catamaran class with high-caliber international sailors to race in the South China Sea, elevating the city of Shenzhen as a big player in the global sport of sailing.”

Match Racing in China is still in a junior stage, but with the World Match Racing Tour partnering with China Cup, the ambition is to change this. Mr Zhong continues, “We chose WMRT because it is not only a professional racing event but also behind it there are very systematic and professional resources like M32 Academy, which is able to provide opportunities for sailors who have interest in match racing and create a new career pathway for them. WMRT have top international sailors and international level race management, cultivation to the market and promotional system, which matches to the China Cup’s vision to create a new platform.”

Racing for the event will take place outside the New Sport Ocean Sports Centre which is located at Daya Bay on the east coast of Shenzhen. With temperatures 20 ̊C – 25 ̊C and average winds of 10-15 knots, this event is shaping up to be an idyllic climax to the season. The sheltered waters of Daya Bay provide flat waters for the M32 catamarans to race in and will allow the course to be set close to the shoreline, directly outside the race village.

Organised by the General Administration of Sport of China, Chinese Yachting Association and Government of Shenzhen and operated by Shenzhen Across Four Oceans Sailing Event Management Co. Ltd., China Cup International Regatta is a well-established event in China, attracting around 120,000 participants over the regatta in 2016. Each year more than 1500 sailors travel from around 40 countries and regions to compete in the China Cup. With new nationalities, new competition and a new class of boat for 2017, both WMRT and China Cup hope to see this number grow as world-class match racing talent is showcased for the first time. As in St. Petersburg at Match Cup Russia, the M32 catamarans will be lay on the beach every evening, giving visitors a unique and unparalleled experience to access to these carbon fibre speed machines.

Invitation to the WMRT Match Racing World Championship will be given to the top 18 teams on the World Match Racing Tour leaderboard after the final event preceding the finals in China, with each team being allowed one discard.