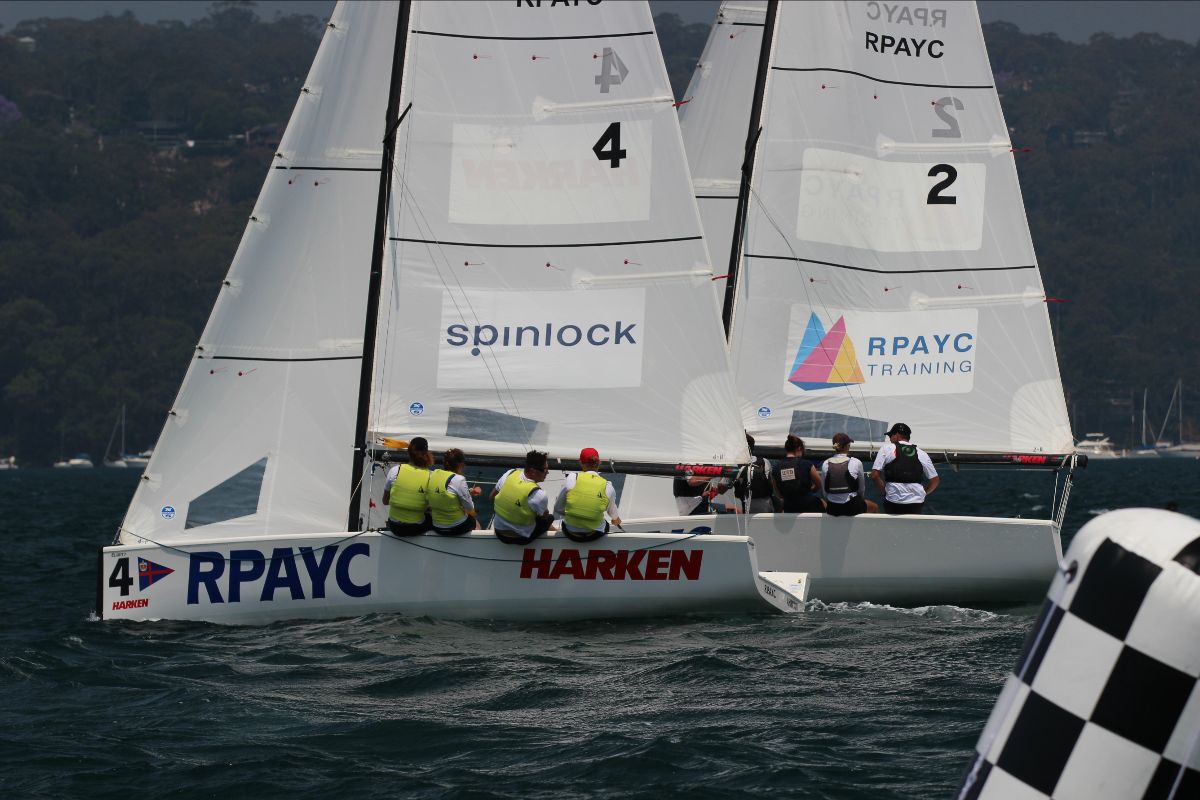 After two round robins of racing at the Harken International Youth Match Racing Regatta on Pittwater, the top four teams have been identified, including the two Royal Prince Alfred Yacht Club's teams skippered by Alistair Read and Juliet Costanzo.

The pair from ‘The Alfreds’ have taken two of the top four spots in the semifinals, finishing tied third and fourth respectively on 12 wins.

On getting into the top four, a happy Costanzo commented, “We (the girls), are really enjoying sailing together. We are not fazed on who we have to race against tomorrow, as we feel like we have a good shot at the three higher placed teams.

“We are hoping that our fellow club members come out and cheer loud for both the Alfreds teams, so we can capitalize on the home team advantage.”
.
The semi-finals and finals are scheduled to take place tomorrow (Sunday 24th November), with racing getting underway at 1000hrs.

Tonight, Alastair Gifford, as regatta, leader will have the luxury of picking his opponent for the semi-finals.

The finals will be available on live stream through Facebook at: www.facebook.com/royalprincealfredyachtclub/

Live Results can be followed throughout the day at: www.matchracingresults.com/2019/harken-international-youth-championship/