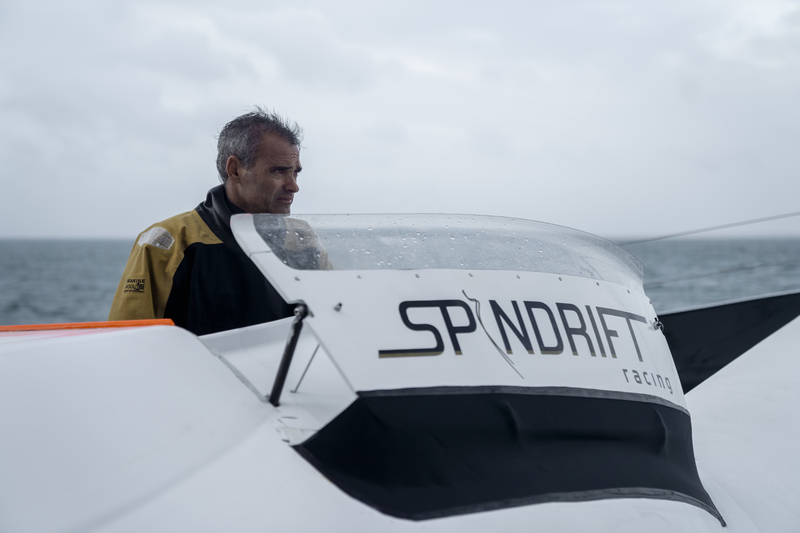 Yann Guichard and Spindrfit 2 are on standby - Maxime Horlaville pic

Yann Guichard and his crew will be back on standby early next week, awaiting a favourable weather window to set sail on their third Jules Verne Trophy record attempt.

Since October 29th, the team had been focused exclusively on repairing Spindrift 2’s rudder ever since a problem was detected while training offshore.

“We have experienced another race against the clock here at Spindrift racing. For the past three weeks, we have been focused exclusively on finding solutions to fix the multihull’s rudder,” Yann Guichard explained.

“I would like to thank the entire technical team for their hard work. We’re now ready to set sail, and our eyes are turned on the weather forecasts. Our standby is extended until mid-December.”

The objective? Beat the existing round the world non-stop sailing record of 40-days, 23-hours, 30-minutes set by Francis Joyon in 2017.

If the weather conditions along the route are favourable, it is an achievable goal. “We would like to be a day ahead of the record by the time we reach the Indian Ocean. Francis Joyon crossed this stretch of ocean in a record time and it will be difficult to beat,” says Yann Guichard.