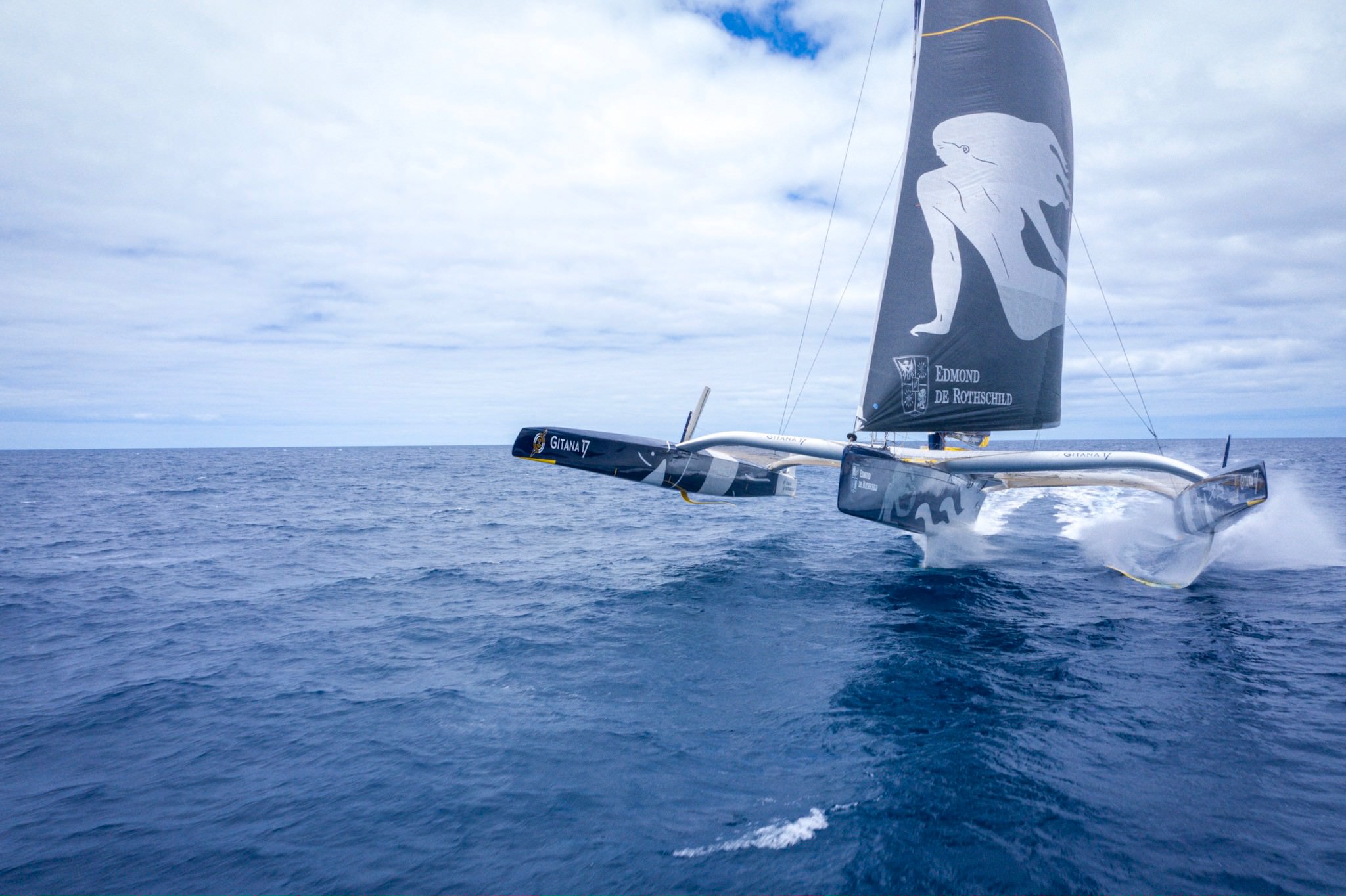 With just over 4,000 miles to go to the finish of the Brest Atlantiques race, the Ultim 32/23 Class trimarans continue their northward progress up the middle of the South Atlantic. The unstable conditions are giving the crews a lot of tiring manoeuvres to manage. Maxi Edmond de Rothschild continues to extend their lead.

Since Franck Cammas and Charles Caudrelier crossed the Robben Island course mark off Cape Town last Wednesday, they have worked hard to build an advantage. They have had their work cut out with twelve gybes along the African coastline to round the St Helena High to the east and a further eight more north of the high to carry out what meteorologists call a “seagull's wing” so as to hook onto the trade wind from the southern hemisphere.

The trade wind conditions continue to be unstable, particularly in the middle of the South Atlantic, despite Maxi Edmond de Rothschild being able to follow a relatively direct optimum course, heading north-west with average speeds of 30 knots. Yann Riou, the on-board media man was able to fly the drone and send some spectacular shots of the trimaran which was designed by Guillaume Verdier and the Gitana Team design office.

As result Maxi Edmond de Rothschild has been able to extend their lead on Actual Leader (Yves Le Blevec/Alex Pella) and the trimaran MACIF (François Gabart/Gwénolé Gahinet) who on the 1600 rankings trail 188 and 253 miles respectively. All three will be concentrating on the most optimum route across the Equator and where best to enter the Doldrums, positioned now further East then they were on their descent of the Atlantic.

“They will not have to necessarily make a big detour west and there is a possible route close to Cape Verde,” explains Christian Dumard, the race weather consultant.

It should be noted that less than two days after their retirement, Sodebo Ultim 3 has set sail again on Sunday, heading for Brittany. Thomas Coville explains over a video recording sent by the on-board media Martin Keruzoré: “We didn't want to end on a bad note, and it was never the plan to stay on in Cape Town, unfortunately. The race ends for us but has been a great adventure on a new boat that is competitive.”