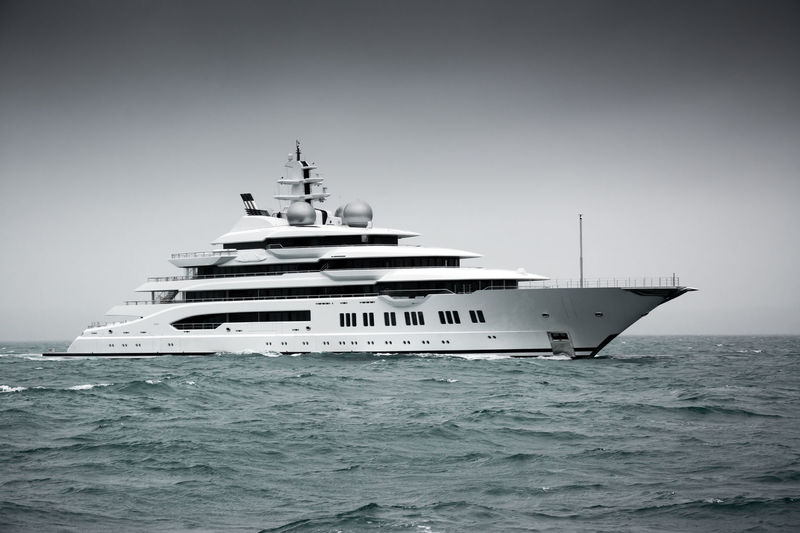 The US earlier this month won a legal battle in Fiji to take the $450 million vessel and immediately sailed it to Hawaii. (AP)

A Russian-owned superyacht seized by the United States is now in Honolulu Harbour flying an American flag. The US earlier this month won a legal battle in Fiji to take the $450 million vessel and immediately sailed it to Hawaii. The FBI has linked the Amadea to the Russian oligarch Suleiman Kerimov.

The ship became a target of Task Force KleptoCapture, launched in March to seize the assets of Russian oligarchs to put pressure on Russia to end the war in Ukraine.

The FBI said a search warrant in Fiji turned up emails showing that Kerimov’s children were aboard the ship this year and that the crew used code names: G0 for Kerimov, G1 for his wife, G2 for his daughter and so on.

Court documents say the Amadea switched off its transponder soon after Russia invaded Ukraine and sailed from the Caribbean through the Panama Canal to Mexico, arriving with over US$100,000 in cash.
It then sailed thousands of kilometres across the Pacific Ocean to Fiji.

The US Justice Department said it didn’t believe paperwork showing the Amadea was next headed to the Philippines, arguing it was really destined for Vladivostok or elsewhere in Russia.
The 106-metre-long vessel, about the length of a football field, features a live lobster tank, a hand-painted piano, a swimming pool and a large helipad.
Last Thursday it was sailed by US law enforcement officials to Honolulu Harbour.
Kerimov made a fortune investing in Russian gold producer Polyus, with Forbes magazine putting his net worth at US$20 billion.

The US first sanctioned him in 2018 after he was detained in France and accused of money laundering there, sometimes arriving with suitcases stuffed with 20 million euros.