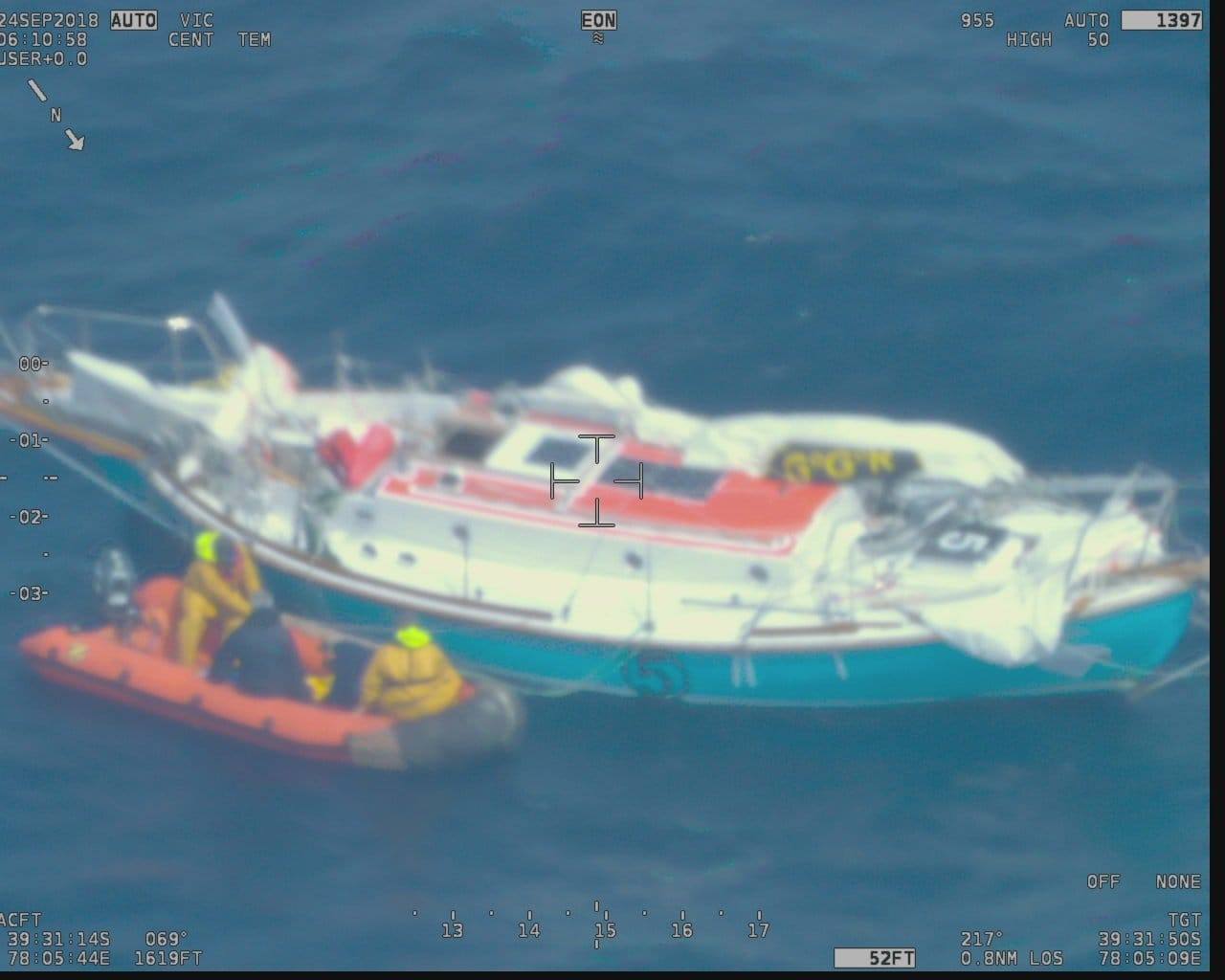 The Joint Rescue Co-ordination Centre (JRCC) in Canberra has just confirmed that Gregor McGuckin, the second Golden Globe Race solo sailor to have been dismasted in the South Indian Ocean, was picked up safely from his yacht at 12:10 UTC today.

The French Fisheries Patrol Vessel Osiris, which had evacuated the injured Indian sailor Abhilash Tomy from his yacht at 07:30 UTC today, reported Gregor to be well and in good spirits.

The two Royal Australian Air Force and Indian Navy P8 Orion reconnaissance aircraft sent to the area, provided over watch and communication relay support during both evacuations and have now been released to return to their bases.

Osiris is now en-route to Ile de Amsterdam with an ETA of 10:00 UTC tomorrow where the two survivors will receive further medical care and advice from the resident doctor there. The Australian JRCC, which has overseen this rescue operation, is waiting for this medical advice before confirming evacuation plans for the two yachtsmen. One option is to transfer them to the Australian Frigate HMAS Ballarat due to reach Ile de Amsterdam in 72 hours, for onward transit to Australia.

Neil O’Hagan, spokesman for McGuckin’s Team Hanley Energy Endurance said today: “Gregor’s condition is good and he has reported nothing more than bumps and bruises. This was an incredible show of seamanship. The 32-year-old Irishman managed to build a jury rig and hand steer his yacht Hanley Energy Endurance for the past four days to within 30 miles of his fellow competitor in order to be on site to assist with the rescue if required.

“McGuckin did not declare an emergency for his own situation despite being rolled over and losing his mast. However, given the extremely remote location and the condition of his yacht, it was deemed the appropriate course of action to abandon his yacht under a controlled evacuation scenario when the opportunity arose. This considered move ensures in the event that had his own situation deteriorated in any attempt to reach land in the coming weeks, a second rescue mission would not be required.

“Gregor McGuckin’s team, friends and family would like to express their sincere gratitude to all involved in the operation so far. Our thoughts are now with Abhilash and his family.”