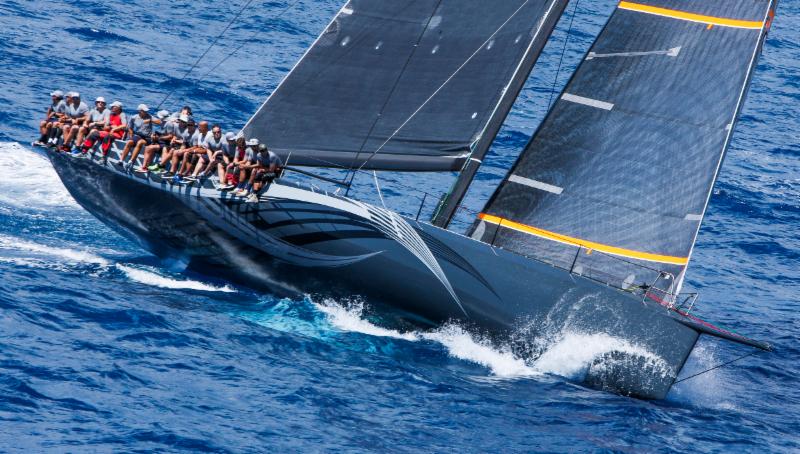 Taking over as President from Thomas Bscher, owner of the Wallycento 107 Open Season, is Benoît de Froidmont, who campaigns the Farr-designed Wally 60 Wallyño. The Geneva-based Luxembourger will serve for a three year term in office.

“I am very excited by this new challenge,” said de Froidmont. “We have a lot of things to do, but we have the full support to do them from Rolex, the long term partner of the Maxi circuit. Our aim is to encourage more maxi owners to come and race their boats, plus we want to make owners who already racing, more happy. They expect a lot from their Association. We are trying to understand their needs and respond to that.”

Over the last few years, under the Presidency of Thomas Bscher and on-going Secretary General Andrew McIrvine, the International Maxi Association has already expanded its operations considerably.

The J Class has become affiliated to the Association and thanks to this was permitted by World Sailing to hold its first ever World Championship last year in Newport, RI. Other classes of maxi boat (ie of 60+ft LOA) are expect to join forces with the International Maxi Association similarly in the near future.

In the Mini Maxis, the International Maxi Association has separated out the Maxi 72s into their own grand prix class, which compete for their own World Championship annually during the Maxi Yacht Rolex Cup. This has left the Mini Maxi class exclusively for more popular cruiser-racers, encompassing everything from 1970s Swan 65 ketches to their lightweight, high volume modern day equivalents such as the larger Mylius models, and Roberto Lacorte’s Vismara Mills 62 RC SuperNikka.

This period has seen the launch of the Association’s Mediterranean Maxi Offshore Challenge that in 2017 expanded to five events starting with the Rolex Middle Sea Race, then taking in the Regata dei Tre Golfi, 151 Miglia-Trofeo Cetilar, Rolex Giraglia (offshore race) and the Palermo-Montecarlo. Winner of the Challenge is the boat posting the top results across three of these five events.

Highlight of Puri Negri’s season was August’s Palermo-Montecarlo. “After 250 miles we arrived [at the turning mark off Porto Cervo] first overall under IRC, ahead of even Rambler and Lucky which was very difficult! Apart from one and a half hours, it was all upwind except of 90° with Code 0 and the staysail, conditions in which we can do well.”

George Sakellaris’ Maxi 72 Proteus was announced IMA Yacht of the Year for 2017, as decided upon by the International Maxi Association main committee.

The International Maxi Association calendar has been published for 2019 and is set to include:

Setting sail on 20 October, the Rolex Middle Sea Race will be a record edition as the Royal Malta Yacht Club’s ‘classic 600 miler’ celebrates its 50th anniversary. With 131 boats already entered, this year’s race is on track to exceed the previously largest entry of 122 in 2014. Traditionally bringing the Mediterranean offshore racing season to a close, the Rolex Middle Sea Race is a favourite with the International Maxi Association membership: George David is once again entered with his regular line honours winner Rambler 88 and will be hoping to break his own 2007 monohull course record of 47 hours, 55 minutes and 3 seconds.

Rear Commodore of the Royal Malta Yacht Club Georges Bonello Dupuis commented: “We will have two people here who started the race 50 years ago: John Ripard Senior and Alan Green from the RORC. Other guests will include Sir Robin Knox-Johnston and Admiral Giovanni Iannucci. We are looking forward to celebrating the RMSR's birthday with these legends and hope to make this race one to remember.”

Starting on the same day will be the fifth Venice Hospitality Challenge, organised by Yacht Club Venezia. This will see ten maxi yachts competing, each teamed up a well-known Venetian hotel, including the world famous Gritti Palace. Racing will take place on the San Marco basin. Among this year’s participants will be the 36m Maxi Dolphin Viriella of IMA member Vittorio Moretti.