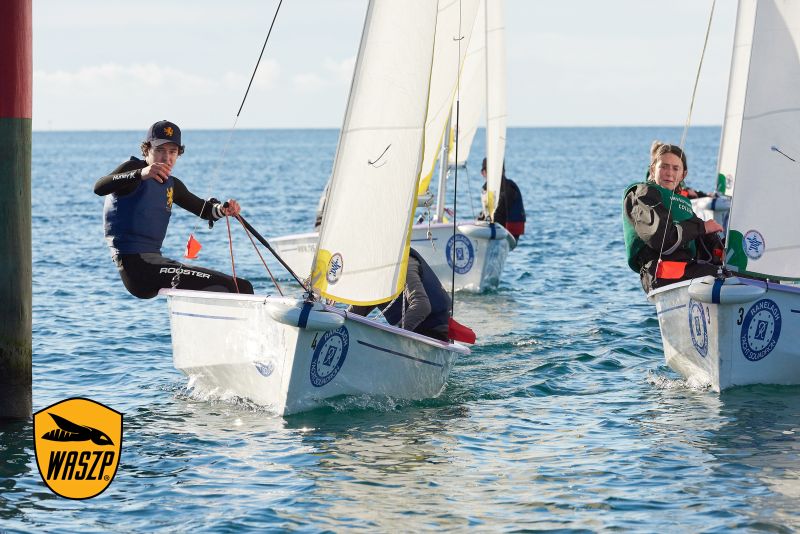 The first day's racing at the 2018 Secondary Schools Team Sailing Nationals kicked off at the Blairgowrie Yacht Squadron yesterday with some great competition and a high number of races.

The race committee had some challenges with fading breeze throughout the middle of the day, however managed to fight through it to finish the day with a total of seven rounds completed for the 23 teams.
Teams have come from across the country with the usual suspects in Scotch College and Christ Church Grammar making the trip from Western Australia, the Friends School and Hutchins a couple of the Tasmanian teams and reigning national champions the Scots College from Sydney, just to name a few.
In the lead after the first day is Scotch College from Perth who finished the first day with seven wins from as many races and now take an outright lead heading into Day 2.
The Friends School from Hobart are in second place with six wins, while a log jam of five teams – including Hutchins, Westminster, Fahan, Scots and Mentone – are in equal third position on five wins.
As the regatta goes on we can start to expect some close team sailing battles as the Swiss league system begins to set its bearings with teams of similar success rates coming up against each other more often.
The first day of racing was sponsored by WASZP, who will be running some foiling demonstrations throughout the remainder of the event when the breeze picks up.
RESULTS LINK
bit.ly/BYSTeamSailing
– Harry Fisher