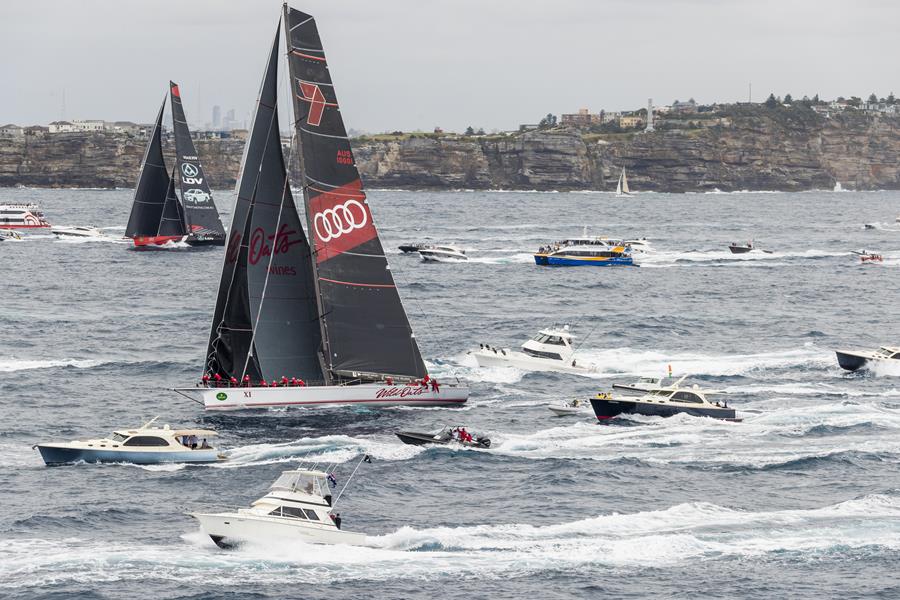 Entries for the opening race of the CYCA’s 2018-19 Sydney Blue Water Pointscore closed on Friday July 6 and five Australian states are represented.

Starting on Saturday July 28 from Sydney Harbour at 1pm, a record four 100-foot super maxis will lead the various boats up the New South Wales coast to the finish line off Southport’s Main Beach.

Finish partner, Southport Yacht Club, will host visiting crews before they leave for their next regattas.

A new entry is Hugh Ellis’ RP 63, Voodoo, which last raced in Australia as Alan Brierty’s Limit. Spotting a gap in the size range and familiar with sistership Loki’s success, including a Rolex Sydney Hobart overall win in 2011, the Victorian skipper bought the Reichel/Pugh out of the USA to be competitive in Australia’s major offshore races.

The 33rd edition of the 384-nautical-mile race will mark the boat’s Australian re-entry and Ellis has grand plans to compete in the CYCA’s Blue Water Pointscore with a carefully assembled amateur team that is moving across from his Cookson 12 called Voodoo, or ‘little Voodoo’ as it’s now known.

“Most of the crew have the experience; it’s about us working out the boat’s idiosyncrasies. It’s fast and violent,” Ellis says.

“We are signing up for a two- or three-year east coast campaign. Everyone on the boat is hungry; we want to take it up to them in Sydney.”

Sibby Ilzhofer’s Dare Devil is on the Gold Coast Race start list, however, the NSW-based Cookson 47 is stranded in Noumea undergoing repairs for engine trouble which came about during the Groupama Race. The skipper is well aware of the timeframe to return to New Caledonia and deliver her boat back from the South Pacific for the start of the coastal classic.

Six TP52s sets up a stunning contest within that class and for the overall trophy.

Between the four 100-footers – Wild Oats XI, Comanche and InfoTrack from New South Wales and Black Jack from Queensland – the most significant modification post-last year’s Sydney Hobart is Comanche’s pedestal winches being upgraded to hydraulic winches.

For long-time Wild Oats XI helmsman, Mark Richards, and two-time America’s Cup-winning helmsman James Spithill driving Jim Cooney’s Comanche, it will be the first time back at close quarters for the pair and the super maxi crews since last year’s Boxing Day skirmish on Sydney Harbour.

The smallest boat in the fleet is the Army Sailing Club’s 9.3m Jarkan designed Gun Runner. This race marks the start of a 55-day Army training exercise, with four novice crew arriving through to the end of Airlie Beach Race Week.

“We put 200 novices through the boat every year and last year’s Hobart race was the first time in 20 years the Army has competed in that event. We know about training people up to go in dangerous places, and we’ll be eating Army rations the whole way.”

The start of the Sydney Gold Coast Yacht Race will be live streamed on the official race website and Facebook page.