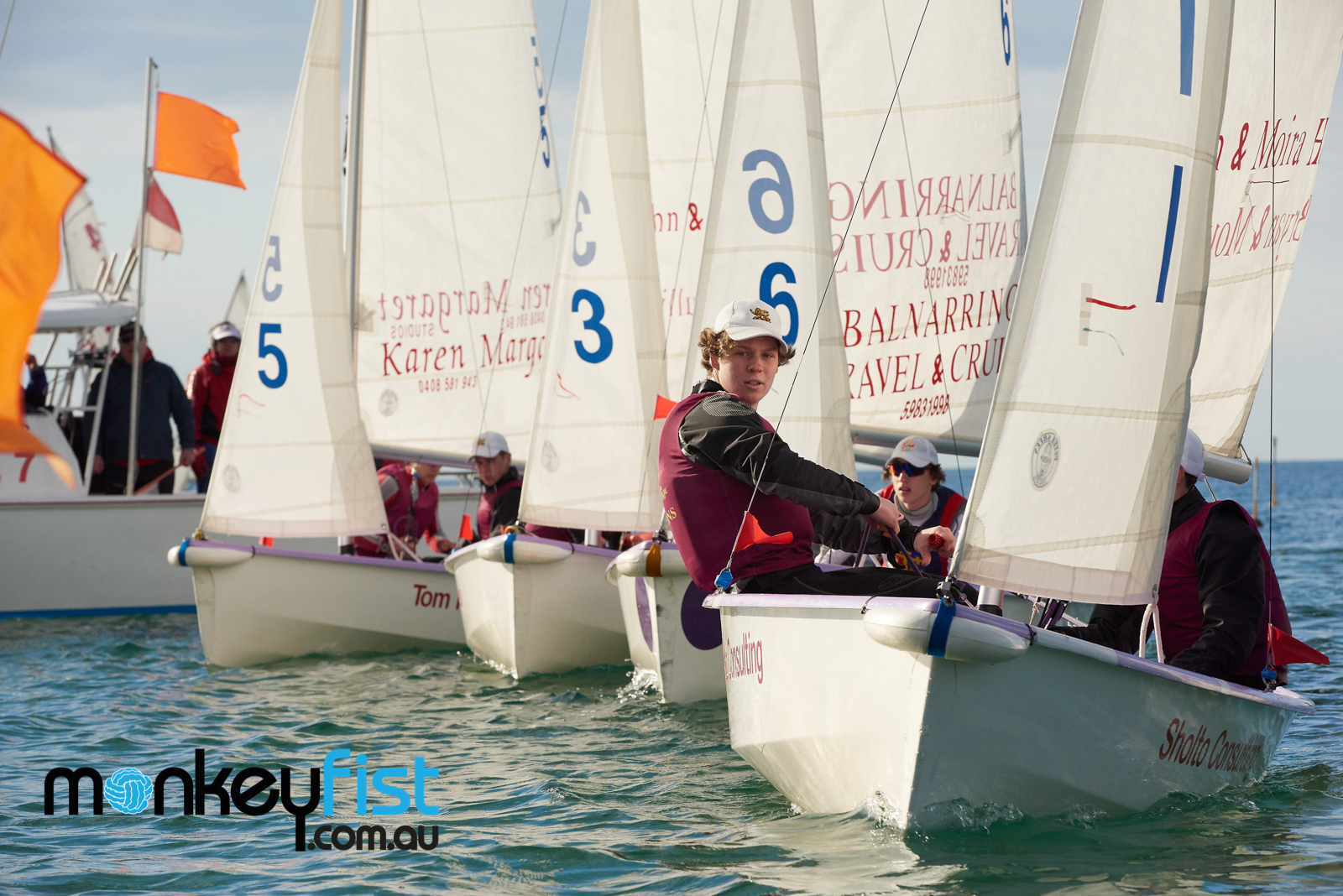 The sailing pedigree of the well-established Friends School from Hobart was on display yesterday after a dominant day at the 2018 Australian Secondary Schools Team Racing Championship in which they stole the lead from Perth's Scotch College.

After losing their round one race on Day 1 to Scotch, the Friends team has not dropped a race since, and now sits on the top of the table with 14 wins from 15 races, two wins clear of second place at the Blairgowrie Yacht Squadron hosted event in Victoria.

Prolific sailors in the round-robin series, the Friends team is showing a similar performance to last year when they dominated in the lead up to the finals. However, they will look to improve on last year's result where they bowed out and failed to qualify for the grand final sail off.

Scotch College remains in the hunt and was in second place heading into the penultimate day of racing with 12 wins. South Australia's Westminster School had a good day and is now outright third with 10 wins.

Tasmania's Hutchins School remains a dark horse, sitting equal fourth on nine wins, tied with Perth's Christ Church Grammar and Sydney's Scots College, which both had great days and are in the mix.

The event has opened itself up for what is sure to be an exciting finals series tomorrow afternoon where the top eight teams will sail off for a shot at the title.

Following last year's event, it is clear that the result is by no means decided, and the Friends School will need to be at the top of its game when the business end of the regatta takes place.

Round robin racing continues Saturday and Sunday morning before the overall finals series and the all-female grand final kicks off at about lunch time Sunday local time.