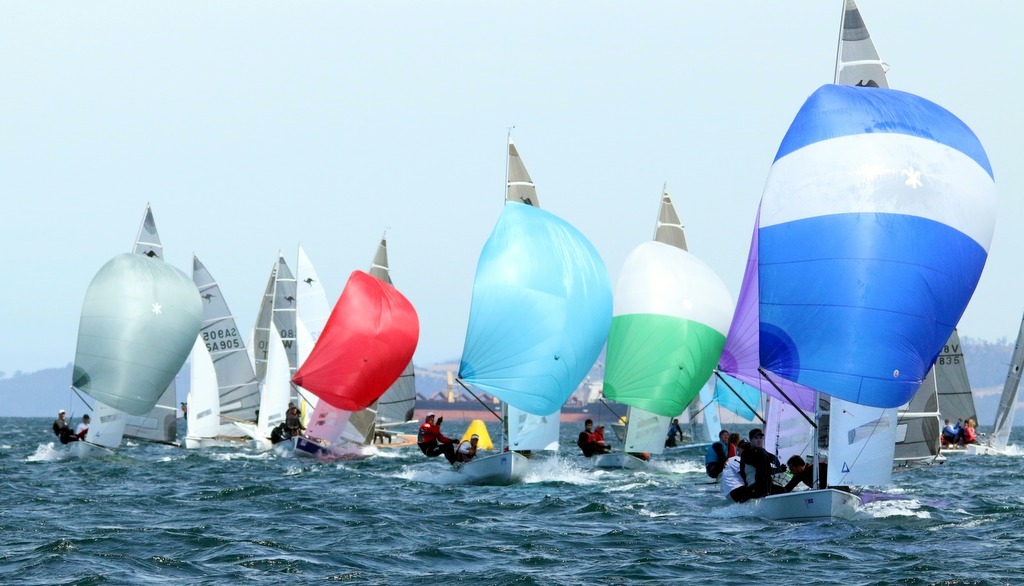 Sharpies under spinnaker in a seabreeze on the Derwent. Photo Angus Calvert.

The windiest day of the past week gave the fleet in the 73rd Sharpie Nationals a day of brisk sailing on Hobart’s River Derwent yesterday, dismasting one boat and forcing seven others to retire with gear damage.

With the Australian champion title already assured, South Australian Sam McCloud chose to sail a conservative race in Warpig, finishing 12th in fleet, and leaving the top boats to fight it out for the minor placings.

The more experienced Sharpie sailors enjoyed the 15-20 knot south breeze which kicked up choppy conditions on this broad reach of the river off Taroona.

Two other SBSC Cadet graduates followed her in the final pointscore, although both retired from the last race.