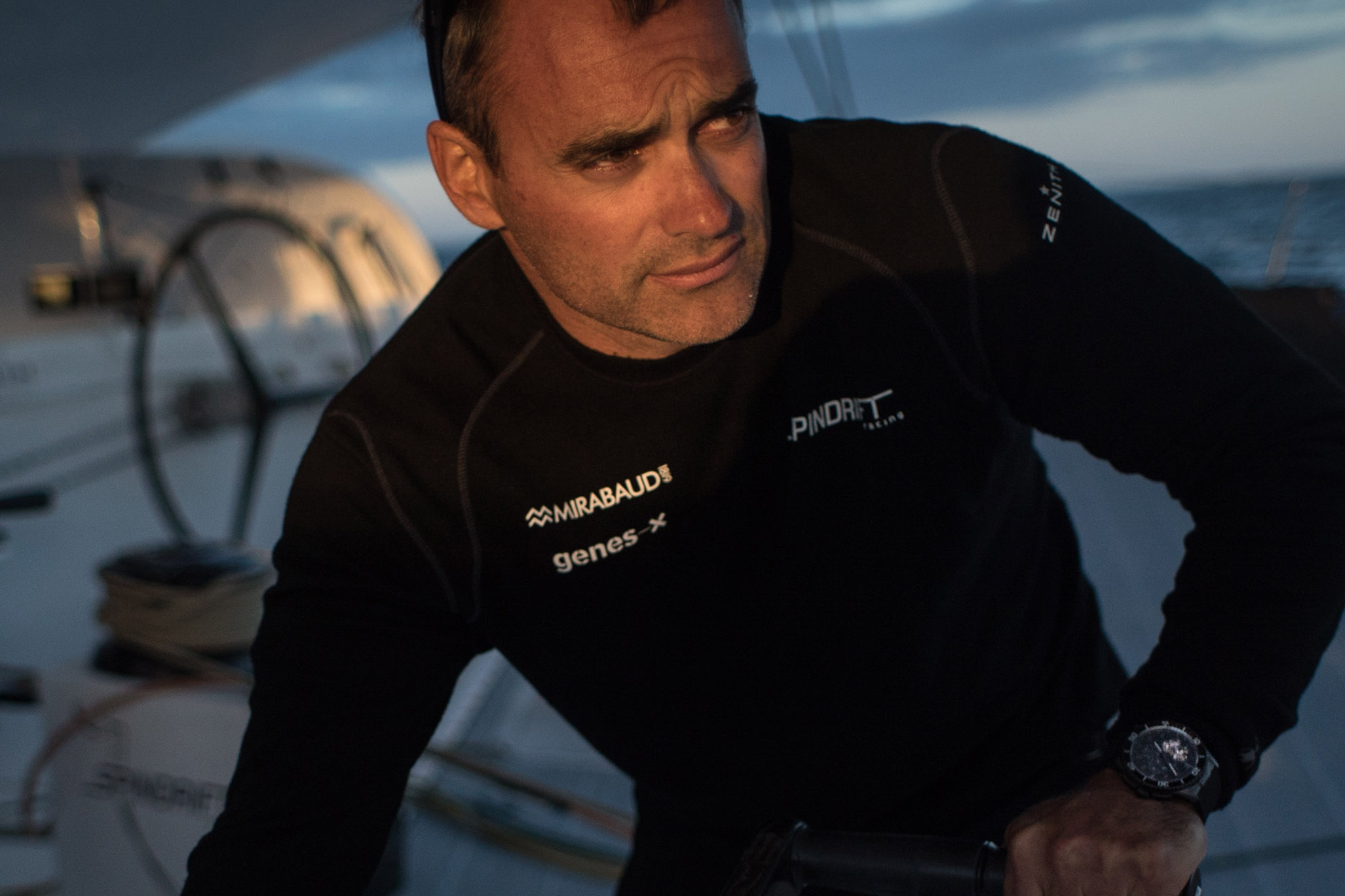 16/12/2015
LONDON, UK (15th December 2015) The World Match Racing Tour today announced the remaining four ‘Tour Card’ skippers that will join the 2016 World Championship.  Yann Guichard (FRA), Mattias Rahm (SWE), Nicolai Sehested (DEN), and the first ever all-female Tour Card team to be led by Sally Barkow (USA) complete the list of ten appointed Tour Card Skippers for 2016.
Making his first ever appearance on the World Match Racing Tour, former Olympic sailor Yann Guichard from France is well known to the multihull world following multiple campaigns including the Rolex Fastnet Race and Multi One Championship. In 2011, Guichard co-founded Spindrift Racing with partner Donatella Bertarelli and the team are currently attempting to break the Jules Verne Trophy for the fastest non-stop circumnavigation of the globe on board the maxi trimaran Spindrift 2;
“Multihulls are embedded in Spindrift racing’s DNA and I have always been drawn to match racing. With the introduction of multihulls, the World Match Racing Tour now truly offers a unique opportunity to combine both aspects. The World Tour will constitute a major sporting goal for Spindrift racing in 2016.” Yann Guichard, Skipper Spindrift Racing
Double Olympian and former America’s Cup helmsman Mattias Rahm, SWE is no stranger to match racing after winning the Match Cup Sweden in Marstrand in 2007. More recently, he has turned his skill to multihull racing, winning the first M32 Scandinavian Series in 2013, and finishing second in 2014 and 2015;
“After a couple of years focusing on the M32 Scandinavian Series, it is great to be back on WMRT to fight for championship title against the world’s best match racers!” commented Rahm.
Danish match racer Nicolai Sehested and his TREFOR Match Racing Team returns to the World Match Racing Tour in 2016 following his role on board Team Vestas in the 2014/2015 Volvo Ocean Race. In his brief participation in this years World Match Racing Tour, Sehested and his team won the Energa Sopot Match Race in Poland, and the team are now focused on adapting to the multihulls for 2016;
“We are delighted about joining the World Match Racing Tour next year with TREFOR Match Racing. We know the competition will be tough but we are excited to be part of the new World Tour format in the multihulls and we have a fantastic team to take us all the way to the finals!.”
Completing the skipper line up is US born Sally Barkow. A former Olympic sailor and two-time US Rolex Yachtswoman of the Year, Barkow has earned her racing stripes both inshore and offshore, most recently on board the all-female Team SCA in the 2014-2015 Volvo Ocean Race;
“It has been a dream of ours to race on the World Match Racing Tour ever since we were awarded our first wild card to race in the 2005 Monsoon Cup. Now finally, our timing is right.  We have built a strong International team and after racing around the world we can't wait to get back on the water and into the multihulls!.”
The full line up of 10 Tour Card Skippers will kick off the start of the 2016 World Match Racing Tour season in Perth, Australia from 2nd-7th March. They will be joined by a further 10 teams at each event on the Tour schedule, those teams gaining entry through a series of ‘World Tour Event’ qualifying regattas. Interested skippers and teams should contact the World Match Racing Tour office for availability at info@wmrt.com
2016 World Match Racing Tour Championship Schedule:
Fremantle, Perth, Australia, March 2nd-7th
Long Beach, Los Angeles, USA, April 5th-10th
Undisclosed Venue, April 18th-23rd (TBC)
Copenhagen, Denmark, May 9th-14th
Newport,  RI, USA, May 31st-June 4th
World Championship Finals, Marstrand, Sweden, July 4th-9th
2016 Tour Card Skippers:
Ian Williams, GBR
Björn Hansen, SWE
Taylor Canfield, ISV
Keith Swinton, AUS
Phil Robertson, NZL
Eric Monnin, SUI
Yann Guichard, FRA
Mattias Rahm, SWE
Sally Barkow, USA
Nicolai Sehested, DEN