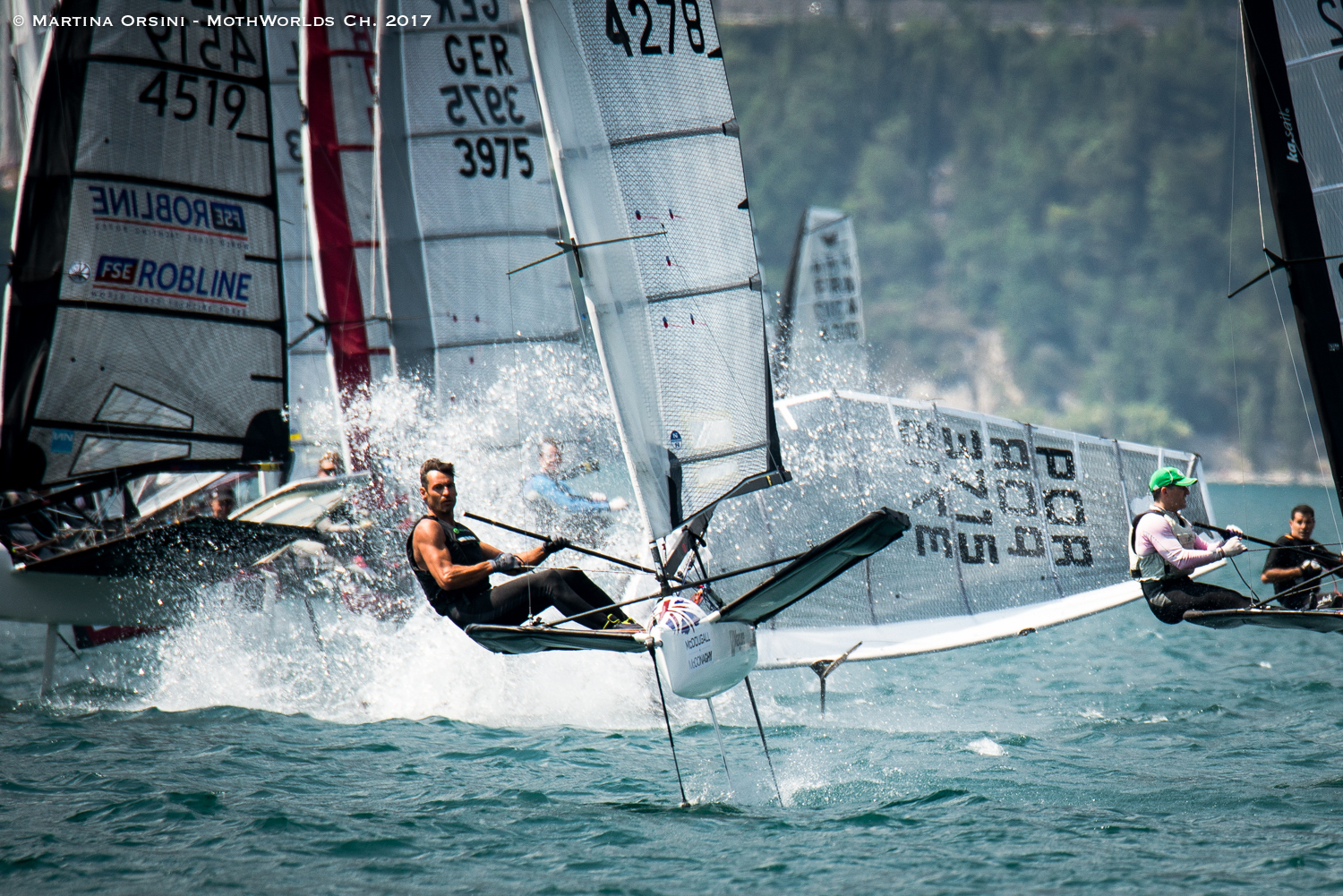 The Italian Moth Series held over the weekend of 22 – 23 July acts as a warm up event for the McDougall + McConaghy Moth Worlds, both hosted by Fraglia Vela Malcesine on Lake Garda, Italy.

A huge fleet of Moths have already been practicing on the Lake over the last few days to get valuable time on the water to get to understand the vagaries of the local conditions. 150 boats entered the Italian Series regatta, split into just two groups. A total of 6 races are planned, 3 per day.

The breeze filled in early with a blast of mountain air from the North but sadly by late morning this had all but gone. This did however leave time to take care of late registrations and the logistical headache of launching an armada of Moths on the water at the same time!

By lunchtime it was hot and humid with a huge amount of ‘boat bimbling’ and general scanning of new equipment going on around the boat park. Happily by early afternoon a light 10 – 15 knot breeze kicked in to get racing started.

PRO Tim Hancock managed to get 3 quick 2 lap races completed with the last fleet still racing in glorious evening sunshine. It's early to read much into the results as most of the top guns are getting re-acquainted with their gear and getting to grips with the shifts off the mountains but there were a few signs to make note of.

Current world champion, Paul Goodison (GBR), showed some impressive speed in the light conditions to finish the day with two bullets and a second. He holds a narrow lead over fellow Brit Rob Greenhalgh, who scored a 2, 3, 1.

Current Laser Gold medallist Tom Burton (AUS) is also on good form at his first major Moth championship, making up the third spot on the podium with 1, 5, 2 finishes.

The Australian contingent of Tom Slingsby, Nathan Outteridge and Iain Jensen all finished with top 5 results but only sailed two races. Another Australian looking fast in the light was Queenslander, Matthew Chew who finished the day in sixth overall, two points behind former Moth world champion, Josh McKnight (AUS).

Day two of the Italian Series wraps up on Sunday with another 3 races per fleet and the current forecast is for similar conditions.