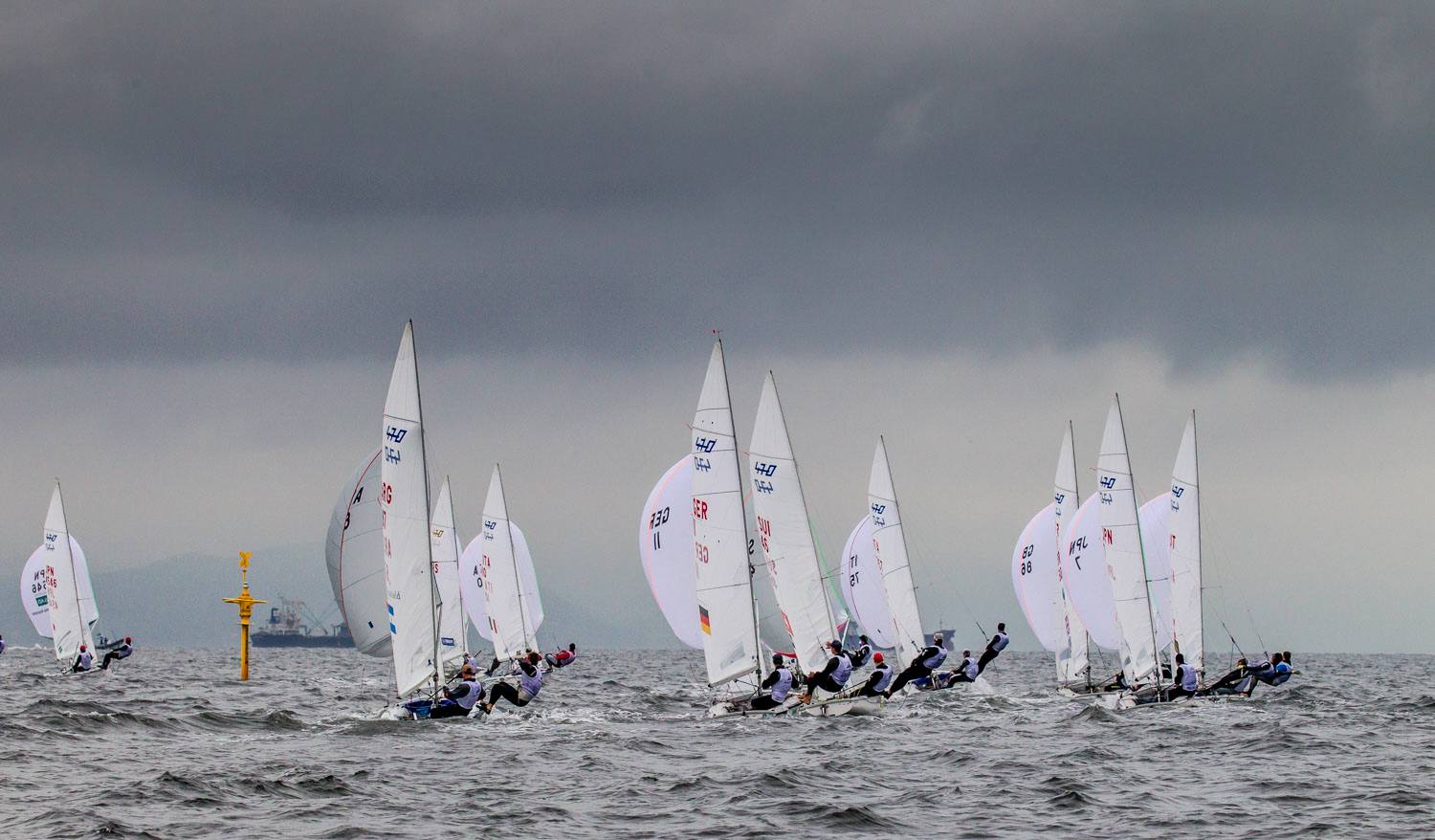 The trio and the remaining 248 sailors from 38 countries competing across eight Olympic sailing events had to contend with a light 8 knot north westerly breeze that saw major gains and extreme losses on the racing areas.

Burton and Thompson got off to the best start in the 50-boat Laser fleet sharing the top two places with Kontides following in seventh. The tables turned in the next race as Kontides came through fourth. Burton followed in 14th and Thompson in 42nd.

Out of the trio, Kontides is joint first, Burton in fourth and Thompson is 18th.

“It was very light, shifty and patchy,” commented Kontides. “So, it was easy to get back into the fleet if you were behind. We needed to keep the focus to the very end and fight for every boat place.

“It's still early days and we have lots more tricky conditions to follow as it's a venue none of us have experienced before.”

Kontides is tied for the overall lead on 11 points with Lorenzo Chiavarini (GBR) and Francesco Marrai (ITA).

Although Thompson was disappointed with his 42nd, providing he finishes no lower than that result he, and the remaining sailors, will discard their worst result on Wednesday after the third race so he's not discounting anything yet, “It made it a little bit more difficult for me,” explained Thompson, “but it's a tricky venue and I'm sure others will have high scores.”

The Men's Skiff (49er) completed one race and Isaac McHardie and William Mckenzie (NZL) managed to clinch it by seven seconds over James Peters and Fynn Sterritt (GBR). “There were a lot of puffs and holes but we linked it all together to win.

“It was a game of snakes and ladders. You could gain just as easily as you could lose. You had to bank what you could and hope for the best.”

The Women's Skiff (49erFX) took to the water for the afternoon session and managed to complete three races in light breeze. Lili Sebesi and Albane Dubois (FRA) took a pair of wins and a second to lead the overall. Japanese favourites Sayoko Harada and Sera Nagamatsu follow.

Mat Belcher and Will Ryan (AUS) got off to a solid start in the Men's Two Person Dinghy (470), recording a third and a second to take the early initiative. Japan's Tetsuya Isozaki and Akira Takayanagi won the day's opening race and David Bargehr and Lukas Mahr (AUT) claimed the second. The Japanese occupy second overall with the Austrians in seventh.

Three crews are tied on four points in the Women's 470 following two races.

Mateo Sanz Lanz (SUI) dominated in the Men's Windsurfer (RS:X). The Swiss racer took both race victories and leads 2017 World Champion Bing Ye (CHN) by five points. In the Women's RS:X, Wai Yan Ngai (HKG) tops the leaderboard after a second and a third. Sonia Lo (HKG) and Hei Man Chan (HKG) won a race each and sit in contention at the early stages of the event.

Racing is scheduled to resume at 11:00 local time on Wednesday 18 October.

Live Medal Races on Saturday 21 and Sunday 22 October will bring the week to a close before the series heads to Miami, USA.