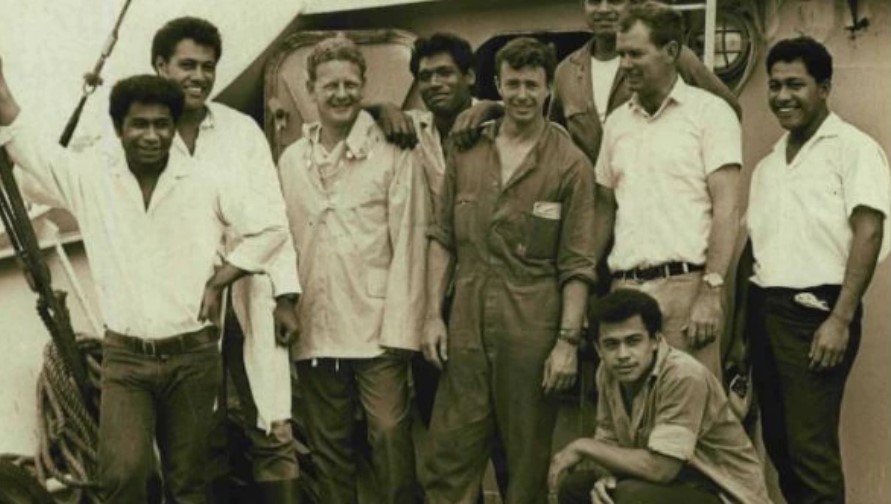 Peter Warner with his crew and the six Tongan boys on January 6, 1968.(Supplied: Sione Filipe Totau)

The 90-year-old adventurer died when his yacht capsized while attempting to cross the Richmond River bar on April 14, 2021.

The sailing community is mourning the loss of legendary seafarer Peter Warner.

The 90-year-old died after his yacht capsized during an attempt to cross the Richmond River bar at Ballina, on the New South Wales North Coast, yesterday morning.

Police said a 17-year-old boy who was onboard helped Mr Warner to shore, where a member of the public performed CPR until paramedics arrived. The teenager was uninjured, but Mr Warner died at the scene.

The Cruising Yacht Club of Australia paid its respects to Mr Warner on its Facebook page.

“It is with great sadness that we mourn the passing today of an internationally celebrated Australian sailor and a close friend of the club,” the post read.

Read the full story, including the rescue of the Tongan boys, at ABC North Coast.