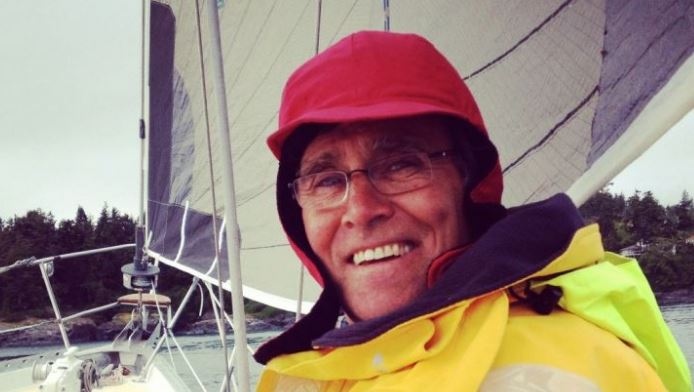 A GoFundMe campaign has been launched for the family of Glenn Wakefield to help cover medical costs incurred while the sailor was in hospital in the USA: (GoFundMe)

VICTORIA, BC – More than $151,000 has been raised for the family of Glenn Wakefield, an Oak Bay man who died while attempting a solo voyage around the globe.

Wakefield began his sailing journey on September 6. It marked the third attempt the sailor had made to solo circumnavigate the planet.

On September 16, he suffered a massive stroke approximately 500 nautical miles west of San Francisco, according to a GoFundMe campaign created by his family.

While at sea, he was able to send a call for help to his family before he lost consciousness.

After that, a 48-hour rescue mission and medical evacuation took place. Wakefield was flown to a specialized trauma centre in San Jose, according to family. There, he underwent surgery to remove a blood clot in his brain.

Family members say they were unable to visit him at that time due to COVID-19 and worked to have him flown back to Canada.

He remained in the San Jose hospital in critical condition for several days before being transferred back to Victoria. He was on Vancouver Island when he died on Monday evening, according to family.