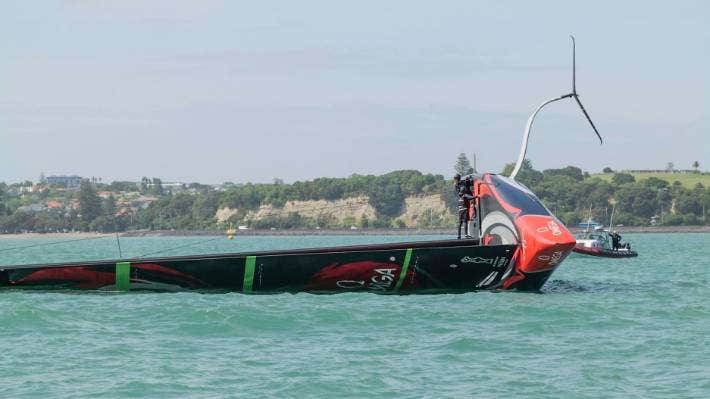 Team New Zealand’s determination to test the limits of the AC75 has cost the team a second capsize.

The America’s Cup defenders went over at high speed while training in Auckland on Saturday morning in north-easterly winds exceeding the limits set down for racing.

The incident cut short the session, with Te Aihe suffering damage to a steering pedestal.

Emirates Team New Zealand was the first to capsize one of the radical foiling 75-foot monohulls in December in a slow-motion tip-over in the inner harbour.

Saturday’s incident happened while training on Course E situated in the eastern zone of the harbour, off Beachlands and inside Waiheke Island, the same area that United States challengers American Magic capsized last month.

Team New Zealand’s chase boats quickly righted Te Aihe and it was towed back to base because of the steering damage.