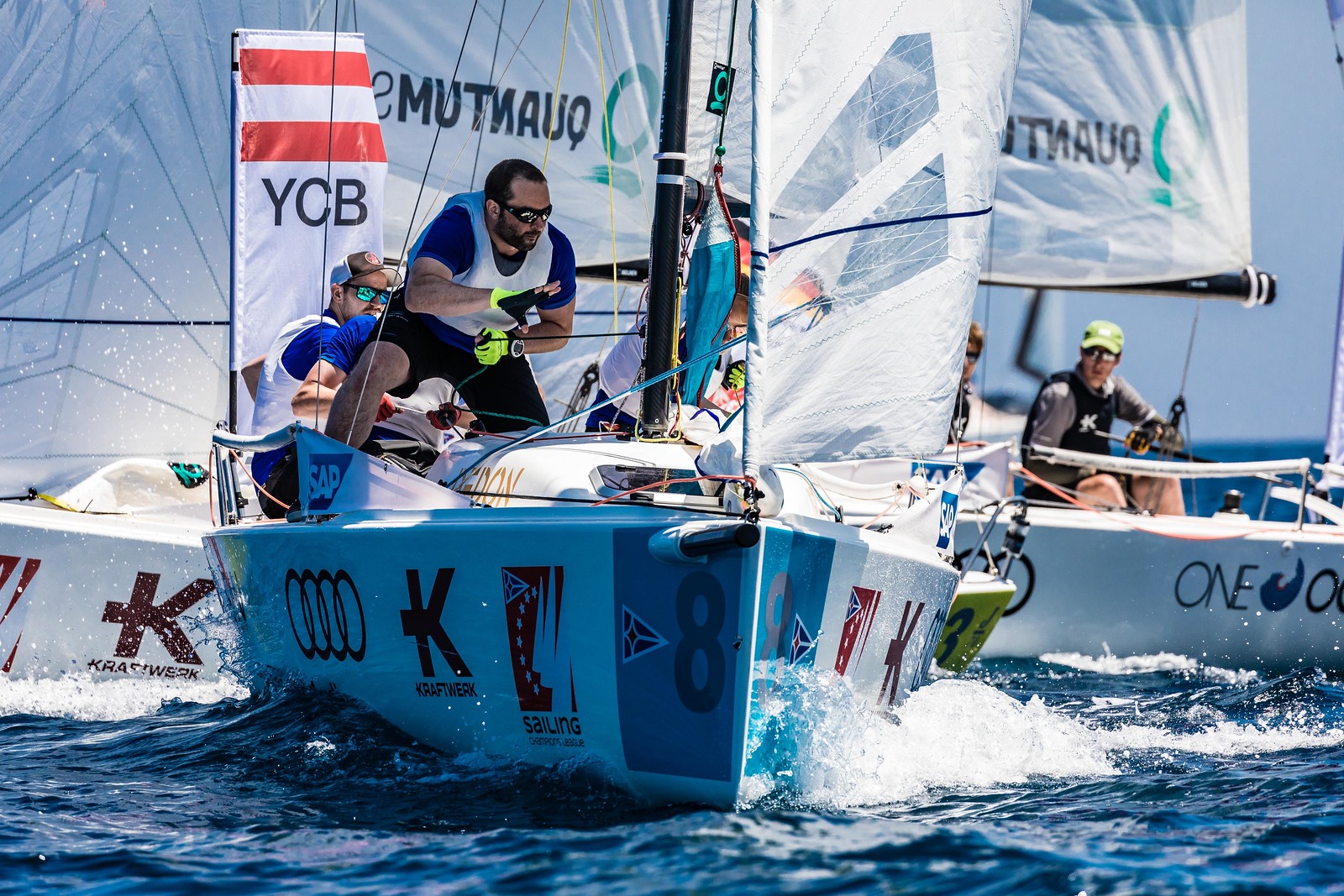 Porto Cervo, Italy: Competitors and the Race Committee of the Audi Sailing Champions League today had a long and productive day at sea, with no less than five flights concluded and a total of 15 races run, shaking up the top of the leaderboard.

The Austrians of Yacht Club Bregenz now sit in the lead with consistently good performances, followed just one point behind by Circolo della Vela Bari on level points with the Germans of SMCU.

Each flight consists of a full round of races and the program includes up to 10 more flights to be held by Sunday 3 June. The results of this semi-final will designate the first set of clubs to qualify for the final on Lake St. Moritz from 30 August to 2 September. The remainder of the fleet will be selected during the second semi-final in St. Petersburg from 3 to 6 August.

The Audi Sailing Champions League is an interclub event organised by the Yacht Club Costa Smeralda in partnership with Audi and in collaboration with the SAILING Champions League. Quantum Sails is technical partner of the event.

The day began at 9 a.m. with the usual briefing in Piazza Azzurra, and the first races started on time at 10am with northerly winds of about 10 knots, which lessened and rotated eastward throughout the day. After two stoppages for lack of breeze, in the late afternoon a south-easterly breeze picked up allowing two more flights to be completed.

“We had great conditions here and we managed to sail consistently well.” said Jodok Keung of Yacht Club Bregenz.

“The racing is pretty tight; all the clubs are performing at a really high level, so we don't want to overrate our leading position. We want to qualify for the SAILING Champions League Final in St. Moritz. So our plan for the next few days is not to think too much, to sail well and in the end we will get a result.”

Simone Ferrarese, skipper of Circolo della Vela Bari: “Thanks to three bullets today we were able to recover from yesterday's OCS, we hope to continue like that over the coming days and end up with a good result.

“I'd like to thank my team mates who sailed really well, the wind was very shifty and the support on tactics by Valerio Galati, our mainsail trimmer and my crew in the 49er Olympic campaign attempt, was fundamental.”

The teams concluded the day with the social highlight of the competition, a team barbecue on the terrace of the Yacht Club Costa Smeralda.

Racing resumes tomorrow at 10am, with light, easterly winds of about 8 knots predicted.

Live streaming with English commentary will be available from 12 midday on the SAILING Champions League Youtube channel.