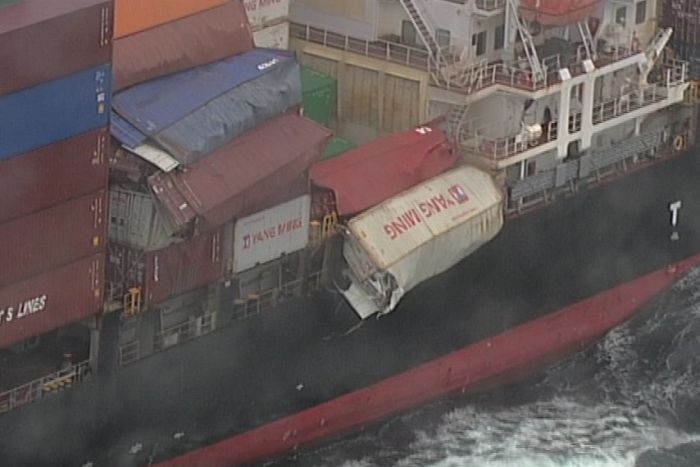 More debris is expected to wash onto beaches along the New South Wales coastline after a cargo ship lost 83 containers.

Nappies, sanitary products and surgical masks have already washed ashore after the Liberian ship lost its cargo in extreme weather on Thursday.

New South Wales Roads and Maritime Services executive director Angus Mitchell said the containers were believed to have fallen overboard from the 268-metre YM Efficiency about 30 kilometres off the coast of Port Stephens in Commonwealth waters.

Roads and Maritime advised anyone boating off the north coast this weekend to “be on alert for debris” after the containers toppled from the cargo ship.

Boaters were being made aware of possible navigation hazards on marine radio.