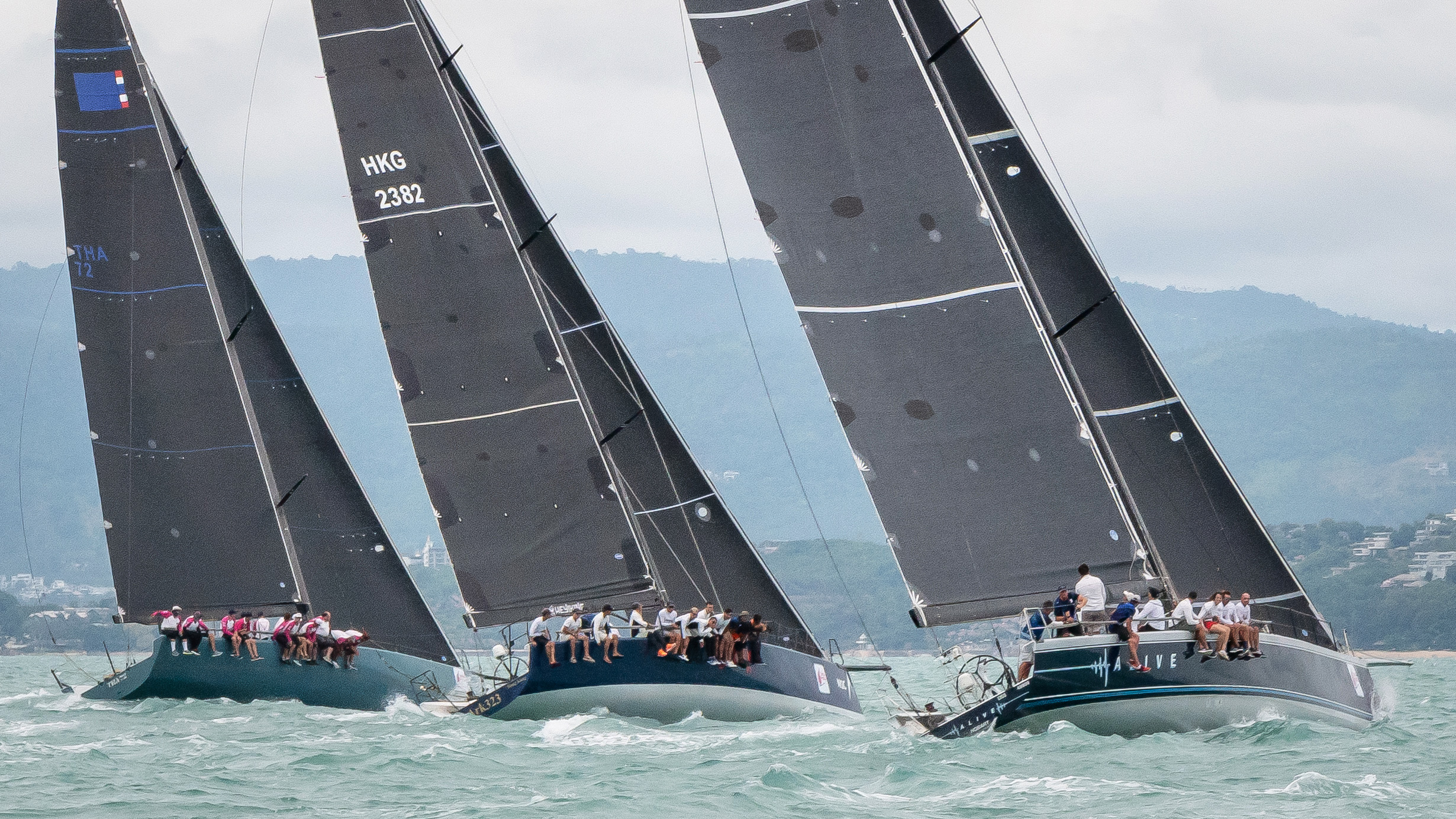 Samui, Thailand: What a difference a Lay Day makes – sometimes the windiest day of the regatta, yesterday's day off for the keelboats and multihulls was greeted with glorious sunshine, zero breeze and finished in the afternoon with a refreshing storm – so nothing lost from a sailing perspective.

Back on track today, Samui Regatta was re-booted with 10-15 knots of fresh breeze and some great sailing around the Northern tip of Samui.

A 32nm passage race for the IRC racers and 22nm for the Performance Cruising and Multihull classes allowed the sailors to mix it up.

Keen to get going, the IRC Zero class was recalled after a number were OCS and at the second attempt, Alive (AUS) used her superior waterline length to power up and lead the class around the course to claim a sixth line honours of the series and second overall – their best result so far, to move up into third in the overall standings.

Today’s overall win though, went to THA72 – her fourth place blip on Day 3 seems a distant memory as she won by more than 10 minutes clear. Freefire (HKG) finishing third. The top three had a clear lead over the rest of the class, but fourth, fifth and sixth were separated by just 60 seconds – Zannekin, Ark 323, WindSikher showing how close racing can be.

THA72 leads the TP52 Division comfortably while second and third places look set to go down to the wire tomorrow. Currently Freefire (HKG) has the edge over Ark 323 (CHN) with Team Ulumulu (MAS) five points further back in fourth.

In IRC One, Fujin's (AUS) second place today had a big impact on the overall series results. A first for Mandrake III (HKG) and third for Loco (SIN) ensures Mandrake III has a two point lead going into the final day. If the wind's up and the Race Officer sets multiple races, expect some high pressure racing in this class.

Souay 1 (CAN) had the better of the rest in Performance Cruising today adding another win to their scorecard which reads five wins from five races, while SailQuest Hi Jinks (THA) had to settle for second ahead of Moon Shadow (THA) in third.

Racing for all the classes finishes tomorrow with prizes to be presented at the Gala Dinner hosted by Centara Grand Beach Resort Samui.