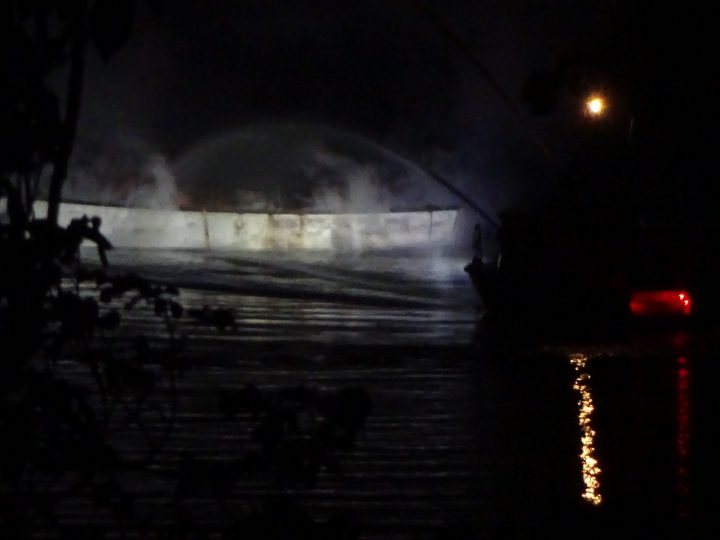 A sailboat that exploded and caught fire west of the Selkirk Trestle Bridge early Thursday morning has sunk, according to the Victoria Fire Department.

Fire crews responded at around 1:18 a.m. after reports of an explosion and subsequent fire on a 30 to 40 foot (nine to 12 metre) boat in the Selkirk Waterway area, west of the Selkirk Trestle Bridge and on the Banfield Park side of the water.

A total of five firefighters on a fireboat used foam streams to extinguish the fire.

Battalion Chief Greg Batters said Thursday that crews quickly put out the flames and the explosion was probably caused by a propane cylinder of some sort.

He also said there was a lot of heat generated during the fire on the fibreglass boat, which means it was difficult for firefighters to get close to the flames.

“It was not a survivable environment,” Batters said.

Read the full story and watch the video at CHEK News