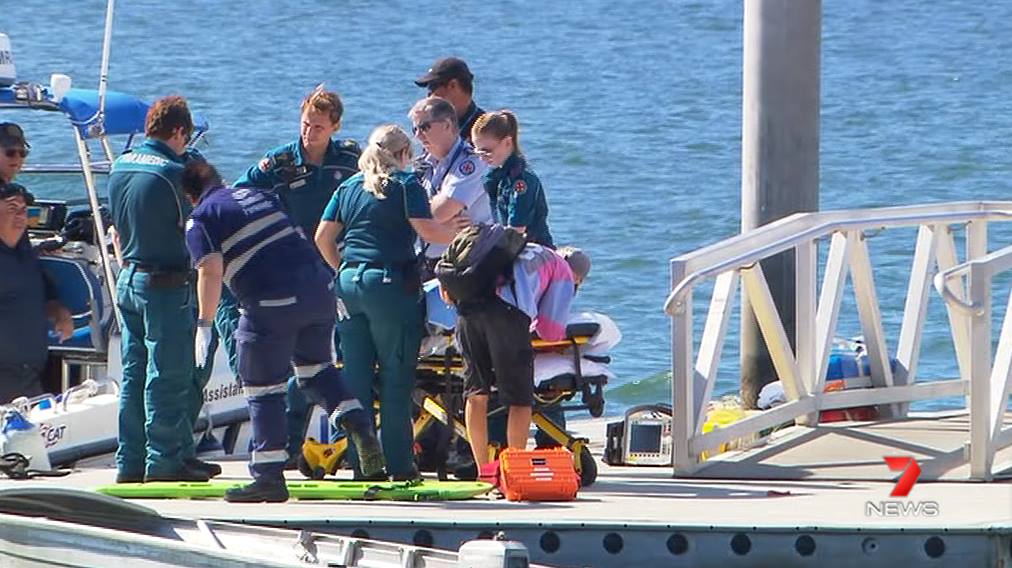 Marine Rescue and ambulance officers transport the man from the dock to the ambulance. Photo Seven News.

A man has escaped serious injury after falling 12m on to his boat while out on the Broadwater near Southport.

Emergency services were called at about 11am on Tuesday to assist the man who had fallen from the mast of the motor-sailer Otto and landed back on the vessel.

Details are sketchy but it appears that the man was wearing a harness or in a bosun's chair and was climbing the mast alone, when the equipment failed and he plunged to the deck.

Marine Rescue took paramedics out to the man who presented with no broken bones, just some bruising and lacerations.

He was transported to the Gold Coast University Hospital in a stable condition.