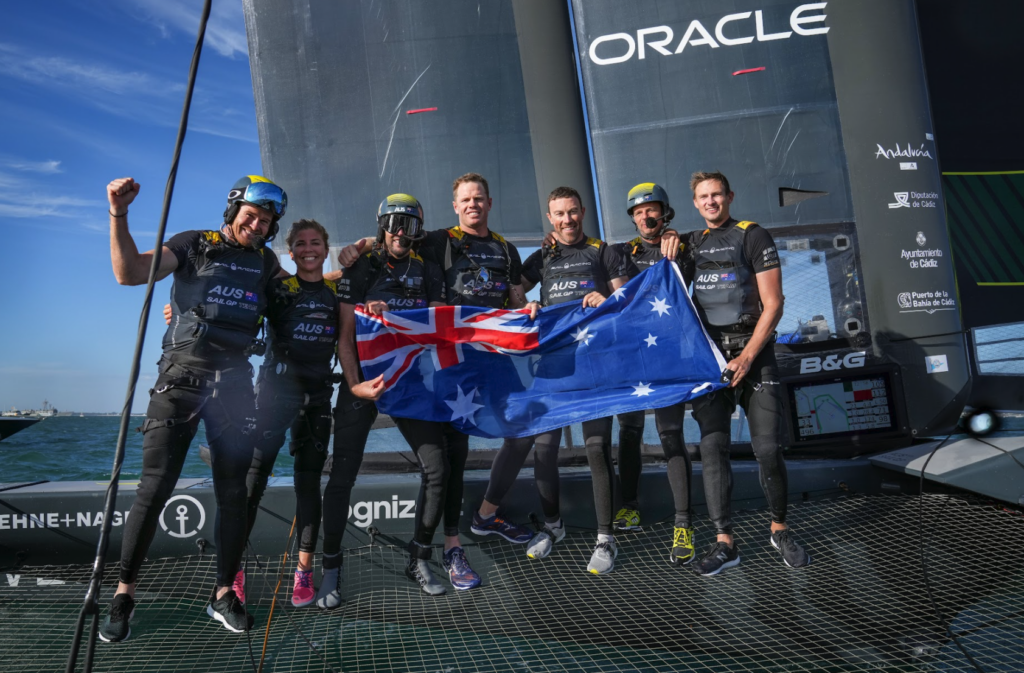 The Australian SailGP Team are at the top of the overall leaderboard ahead of the next event at home headquarters - Sydney, Australia. Photo: SailGP 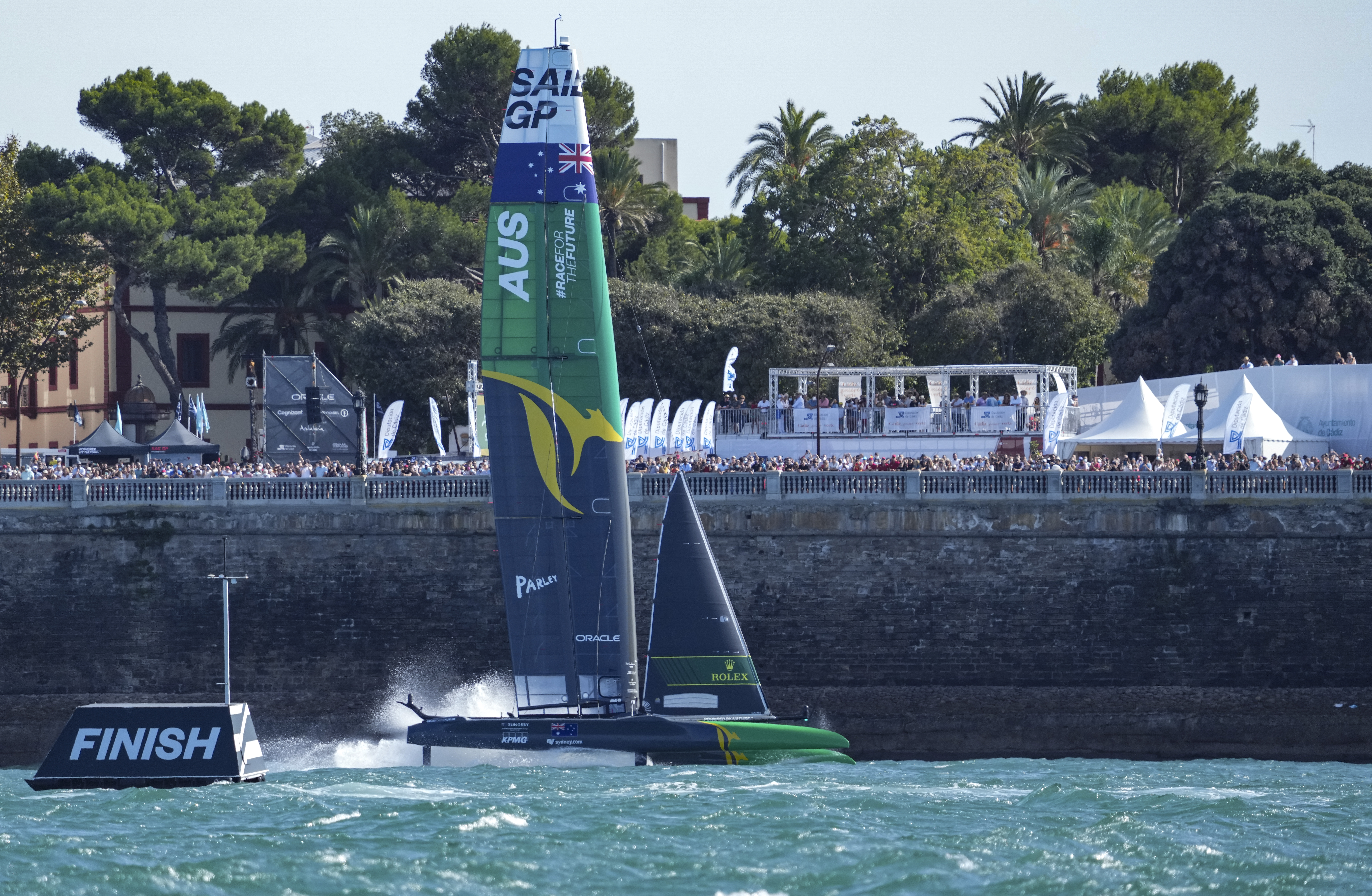 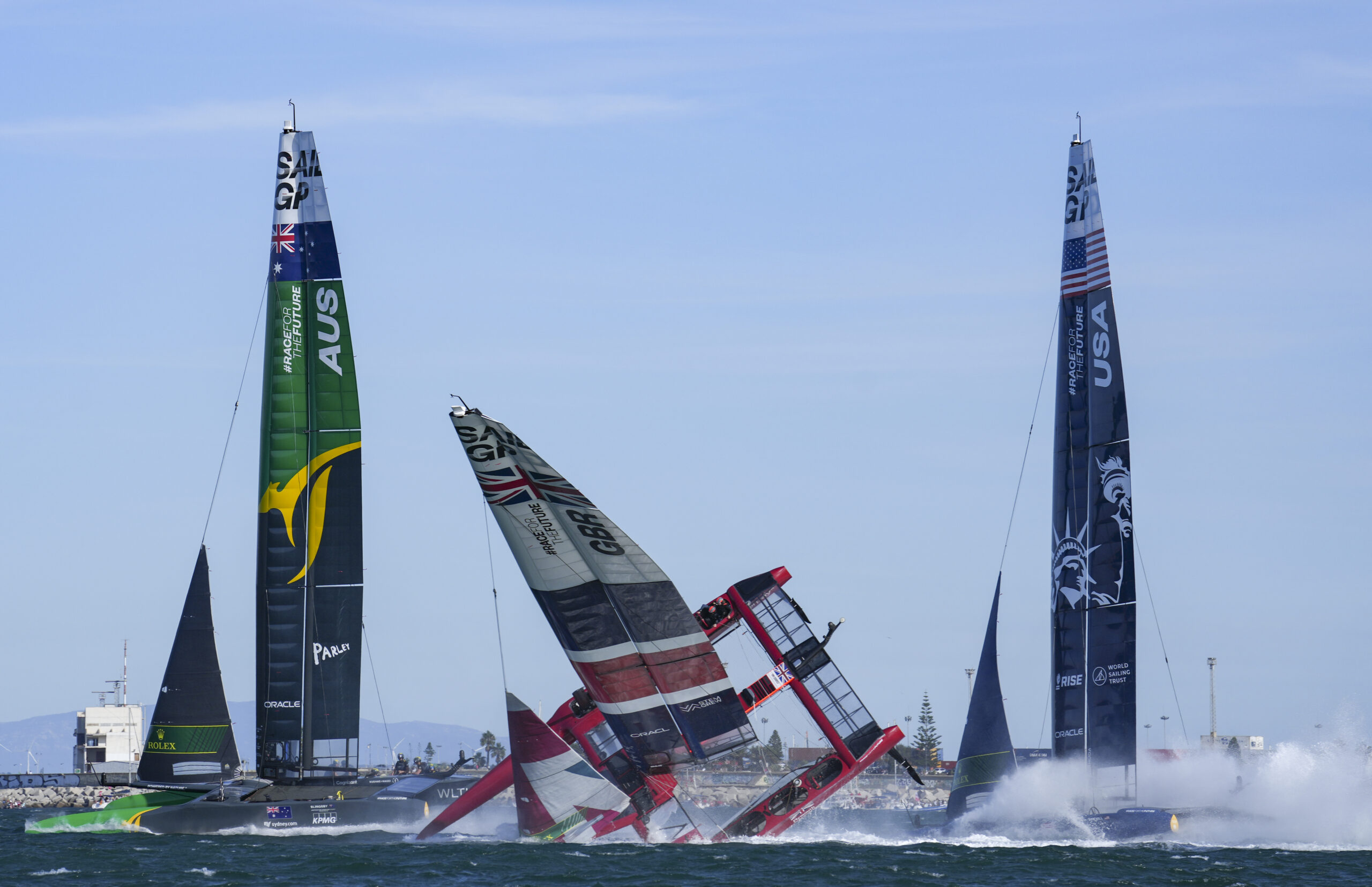 “I think we had the best seats in the house for Ben’s capsize. They were going so quick and then we saw them go into a huge pitchpole right in front of us," said Slingsby of Great Britain's capsize. Photo: Bob Martin for SailGP. Handout image supplied by SailGP 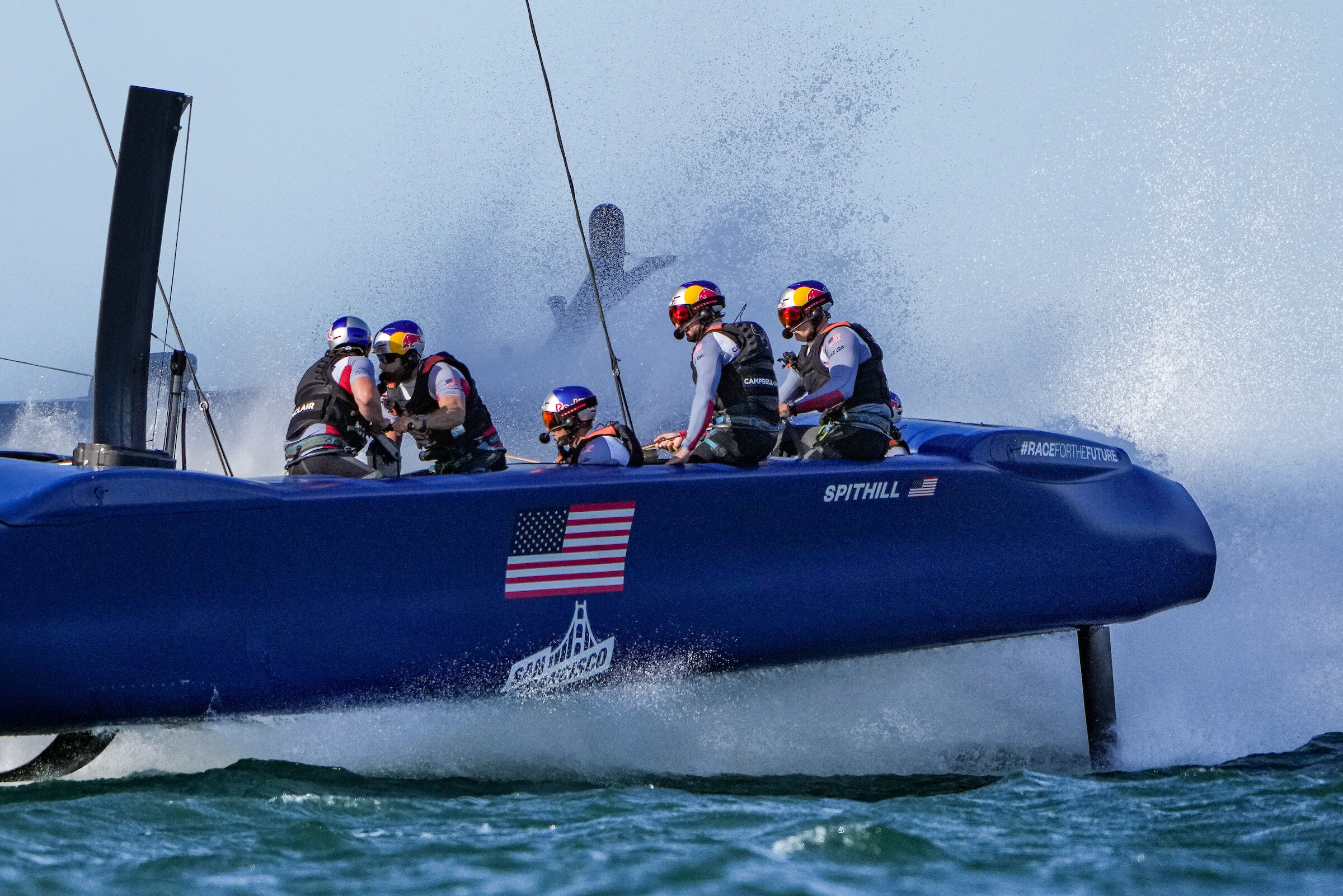 The home team went from hero to zero when a capsize ahead of the final day of racing in Cádiz, Andalusia, took the Spanish team out of contention for the Spain Sail Grand Prix.

However, they weren’t the only team to suffer a devastating blow. Ben Ainslie’s British team also turned-over in the choppy waters of the Bay of Cádiz in the final podium race, leaving Tom Slingsby’s Aussie team to take the victory.

After an impressive opening day, winning their first ever SailGP race in front of thousands of cheering fans lining the streets and Bay of Cádiz, Phil Robertson’s Spanish team was laser focused on day two. But intense conditions – racing at the top end of the window for the 24 meter wingsail – saw the team’s dreams shattered before the F50 could get onto the racecourse.

Eighty minutes before the start of the first race, the Spanish team capsized as they headed to the race area. Everyone was accounted for straight away but, on righting the boat, it was clear that the damage sustained to the wingsail would mean that the team would be heading back to the dock early.

It was a blow for the team plus the eleven thousand fans that turned out on the second day of racing and His Majesty King Felipe VI. The latter communicated with the team to make sure they were okay, after bonding with them the day prior when he sailed on board the F50 in practice.

Robertson said: “We’ve been in two finals and we feel like we can actually win an event now. We came into today with the whole support of the country behind us and the fans here in Cádiz. We thought we could do some good stuff, we quite enjoyed the windy conditions and it all went a bit pear shaped from the get-go. It’s going to be a tough road from here for us but we are competitive, so we are just going to have to do our best.”

It wasn’t only a baptism of fire for new driver Quentin Delapierre of France, but also for the Women’s Pathway Program athletes who raced on the F50s for the first time ever in Cádiz and experienced two very different ends of the spectrum across the two days.

After two intense races on the final day, it was the powerhouses of Australia, Great Britain and Jimmy Spithill’s U.S. team that would face-off in the final. Ainslie timed the start to perfection, and the three F50s flew off the line at ridiculous speeds with the Brits in front. However, at the first turning mark, the Brits followed the same fate as the Spanish and capsized the boat following a serious nose-dive. The spectacular capsize inevitably ended the Brits quest for top spot, leaving the Aussies to run away with the win, who left Spithill’s U.S. team far in its wake.

Slingsby said: “We knew it was going to be a full-on day when we heard the Spanish went over trying to get out to the race track. We did a couple of warm ups and then relaxed because we didn’t want to use up all our luck in practice.

“We are stoked. I’m happy we’re on form for the final event and we’re heading to Australia in the lead. In that final podium race, the plan wasn’t to go after anyone or anything like that, but there was an opportunity with Jimmy, so we took it. And then, off the line, we realised Ben got a better start, better acceleration and we saw it all unfold right in front of us.

“From our perspective it looked like they just got a big gust and a little bit high on the foils and I don’t really know what happened after that but I just saw him go into a huge pitch-pole right in front of us and we just had to avoid him. After that we managed to gain a big lead and just had to nurse our way around the track.”

Racing onboard for the first time and taking her first SailGP event win was Nina Curtis who added: “Those were by far the craziest conditions I’ve ever experienced. Not scary – we’ve been so well trained in terms of safety – but you are very aware that things can go wrong out there in those conditions. I’ve just got so much confidence in our team, they were so impressive under pressure – especially with the conditions but it was a very calm feeling onboard the boat today.

“I was trying to help as much as possible by feeding in information but I was also aware not to cause a sensory overload. It was a real honor and pretty special to be onboard and racing with the team and getting a win. I am so stoked for not only myself but also all the other female athletes that were racing onboard this weekend. It is a pretty historic moment.”

The victory in Spain was Australia’s third win of the season and positions them back on top of the leaderboard, filling the team with confidence heading into its home event, the Australia Sail Grand Prix presented by KPMG. A second place finish for Spithill in Cádiz, sees the U.S. team retain its second place overall but just one point from the Aussies.

Nathan Outteridge’s Japan team is tied on points with the U.S. – after dropping from the top spot following a fourth place finish – and Ainslie’s Brits are just off the podium in fourth place. Points are close and there is everything to play for as the championship heads into its final two events of the season.

Ainslie said: “It’s really disappointing for the team. Before that we had a great day, and really enjoyed sailing in the breeze. So I am just frustrated with the overall final race.

“It’s really hard to explain to people just how tough the F50s are to sail. You can see we’ve got great sailors on our team, we had a great start, we got into the lead. Unless you’re absolutely perfect with your trim and balance of the boat, you can just lose control like we did. Tough one for the team but we take it on the chin and hope to come back stronger.”

The Spain Sail Grand Prix completes the European leg of SailGP Season 2. All the high-flying F50 action returns to Sydney, Australia – home of Slingsby’s reigning champions – on December 17-18 for the penultimate event before the Race to San Francisco, set for March 2022.

For the full results, see: https://sailgp.com/results/