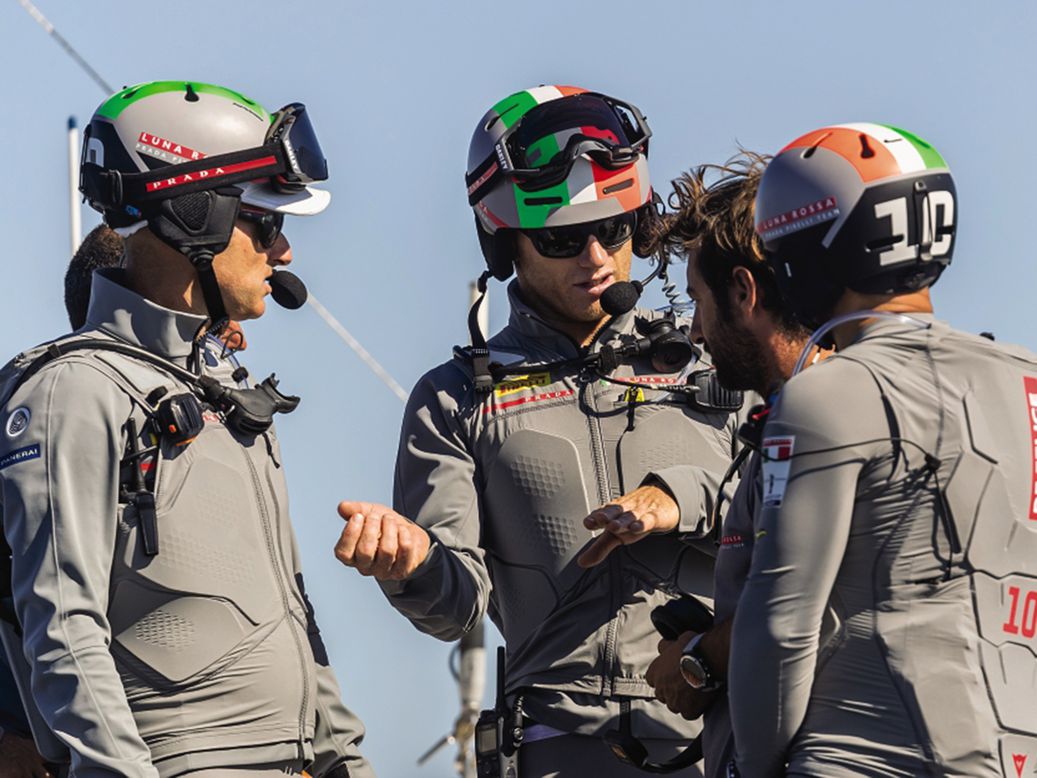 Spithill will make his SailGP debut when the pandemic-delayed second season begins April 24-25.

He was hired late last year as CEO and helmsman, and has remade the crew of the team that finished last in the inaugural season in 2019.

Spithill doesn’t mind that he’s barely had time to catch his breath from co-helming Luna Rossa Prada Pirelli Team in a 7-3 loss to Emirates Team New Zealand in the America’s Cup last month.

“It doesn’t take long for you to sort of get hungry again from a competitive point of view,” said Spithill, who has sailed in the last four America’s Cup matches, winning two and losing two.

“Especially when you’re operating day in, day out on the edge, that sort of America’s Cup level, after a couple of days in some ways you’re not really sure what to do with yourself. So it’s great to have a project to get accustomed to.”

SailGP was founded by five-time America’s Cup champion Russell Coutts and tech titan Larry Ellison after their Oracle Team USA was defeated by Emirates Team New Zealand in the 2017 America’s Cup in Bermuda.

Spithill was the losing skipper in that regatta after leading Oracle to victories in 2010 and 2013.

SailGP is contested in an upgraded version of the foiling, wing-sailed 50-foot catamarans that were used in the 2017 America’s Cup.

“It’s really cool coming back to these boats,” said Spithill, who makes his permanent home in San Diego with his American wife, Jennifer, and their two sons.

“They’re a lot of fun and they’ve taken a significant step forward in terms of the upgrades in the foils and the wings. It’s pretty cool but it’s really, to be honest, almost starting from scratch. I’ve really got to relearn everything, and we’ve got a new squad together.”

The United States finished sixth in 2019, well off the pace of champion Team Australia, which won the $1 million, winner-take-all prize.

There are now eight teams that will compete in eight regattas stretching into early 2022, finishing in San Francisco next March 26-27.

With Spithill taking the helm, Rome Kirby, the only holdover from the inaugural season, shifted to flight controller.

After American Magic was eliminated from the America’s Cup challenger trials by Luna Rossa in late January, Spithill hired Andrew Campbell, Cooper Dressler and Alex Sinclair to be grinders with his SailGP team.

Campbell and Dressler were with Oracle in the 2017 America’s Cup. Also new is veteran British wing trimmer Paul Campbell-James, a veteran of SailGP and the America’s Cup.

With training time limited, Spithill wanted to pick a crew he was familiar with.

“It’s going to take some time and hopefully the weather allows us to get some good training in.”

Spithill also added Daniela Moroz and CJ Perez as part of the initiative to fast-track female sailors into SailGP.

Moroz will join the team in Bermuda to start a development process. Perez will begin a remote training program in Hawaii as she prepares for SailGP events later this season.

“I think there are some awesome female athletes in our sport,” Spithill said.

“I’ve sailed with a lot of fantastic female athletes. My sister raced a lot. One thing I always noticed with my sister was it was just hard to find opportunities for her to get out there. This is a great step forward. We’re pretty stoked with the two female athletes we’ve got.”

While he still loves the America’s Cup, Spithill said the attraction of SailGP is that it is contested annually. The next America’s Cup might not be for another three years.

“This is as good as it gets in terms of racing,” Spithill said.

“Supplementing an America’s Cup program with the GP is I think why you’ve seen so many guys from the Cup coming over joining because it is the best racing in the world and the best way to sharpen your skills and stay at a top level.”

Sir Ben Ainslie, who sailed with Spithill in the 2013 America’s Cup and was eliminated by him in the 2021 challenger series, heads the British SailGP Team.

Ainslie dominated what had been the Season 2 opener in Sydney in late February 2020, but that result was voided after the season was postponed by the coronavirus pandemic.