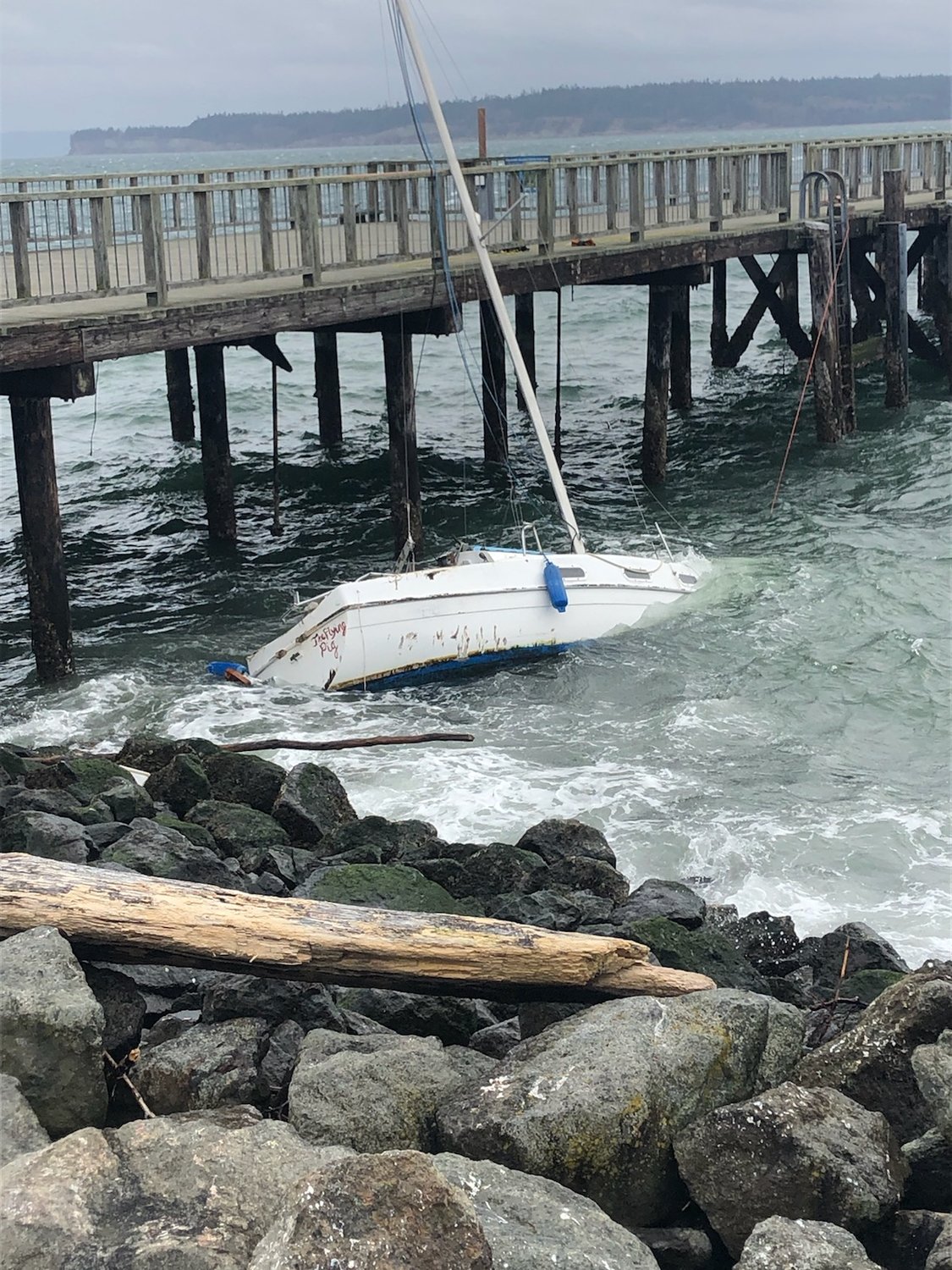 Yet another vessel was claimed by the surly waters of Port Townsend Bay Sunday.

Port Townsend police received the call for a boat sunk near the city dock at 7:06 a.m. Sunday.

The boat had been anchored on the bay for some time and it appears that it had been dragging its anchor prior to sinking.

Port of Port Townsend executive director Eron Berg said Monday morning that Tow Boat U.S. out of Port Hadlock had been working to secure the scene and remove the boat.

Police noted that the captain of “The Flying Pig” did not go down with the ship and he was just out of town.