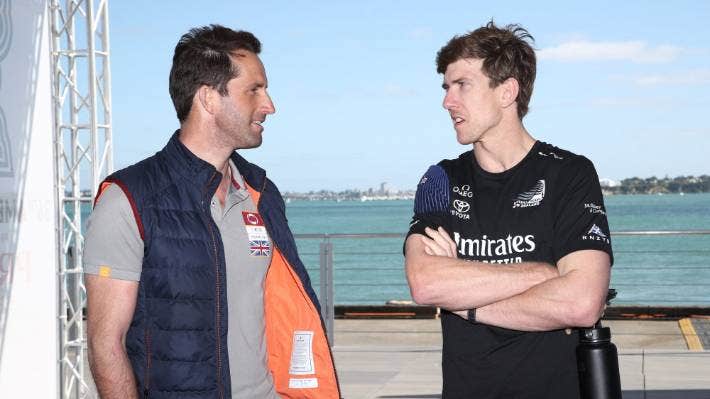 Sir Ben Ainslie and Peter Burling will seemingly be seeing a bit of each other as the next America’s Cup cycle builds. PHIL WALTER/GETTY IMAGES.

Team UK are the next challenger of record for the America’s Cup, working alongside defender Team New Zealand.

The Royal New Zealand Yacht Squadron have accepted the challenge and let slip that arrangement on Wednesday night at their headquarters though no official announcement has been made.

There is little surprise in this. Stuff reported back in early January that Ainslie and Team New Zealand had a cosy relationship that looked certain to evolve into a formal partnership moving yachting’s premier event forward.

Team New Zealand and Team UK will now work on details of the class of boat – certain to still be the AC75 given Ainslie’s liking for it – and finer details around the regatta.

Speculation of the possibility of a one-off challenge between the two teams in Britain next year, funded by Ratcliffe, intensified on Thursday.