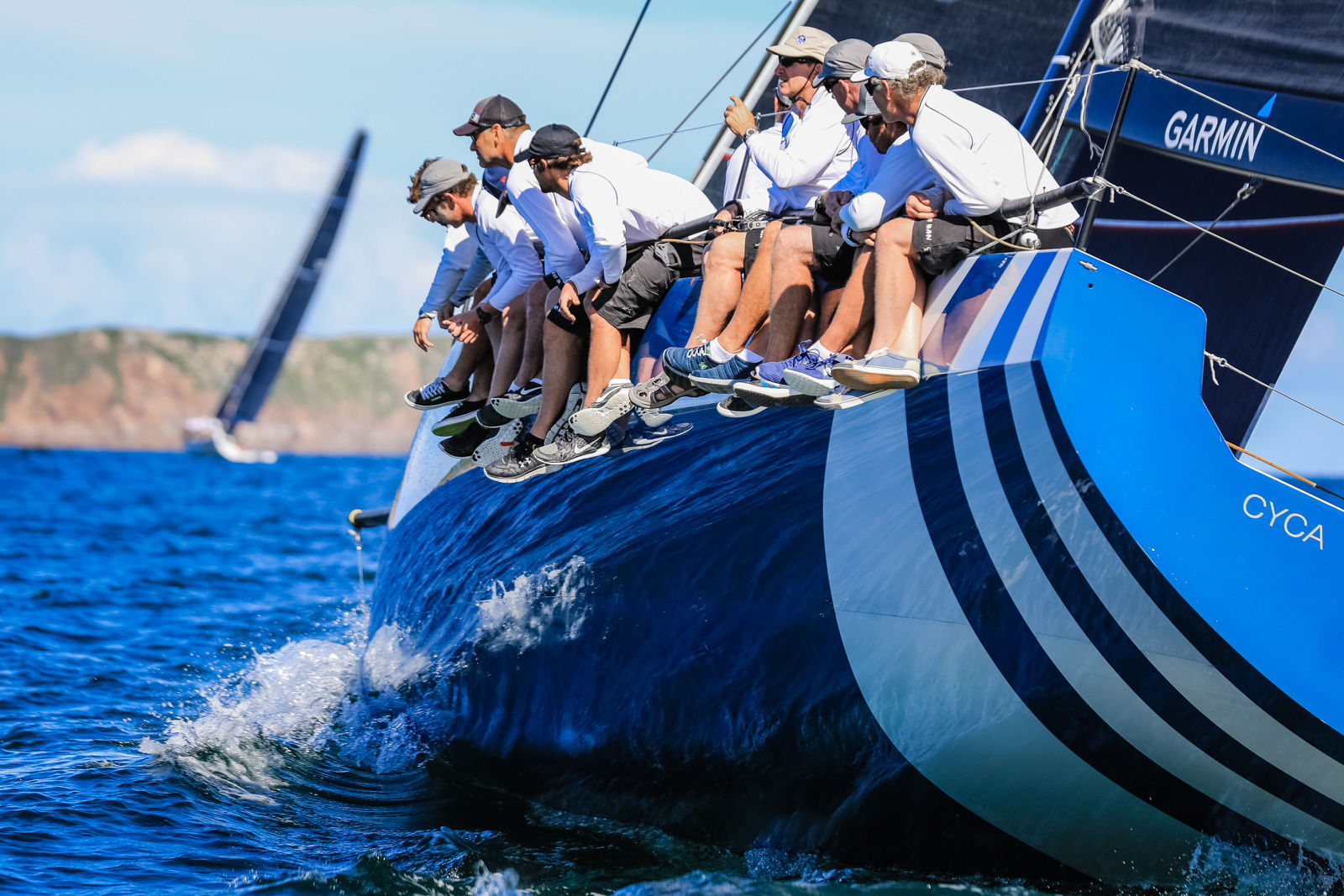 As part of the 10th anniversary Sail Port Stephens regatta, 21 sports boat crews are in town contesting their national title. Four more races into the Australian championship and Andrew York’s Reo Speedwagon easily scored boat of the day, thanks to four bullets, to be the new series leader.

The combined fleet enjoyed the most breeze of the day, 13-16 knots of east then nor’east on Nelson Bay, giving the sporties some magic downwind rides on flat water in the sparkling late afternoon sunshine.

“I designed and built the boat to sail in a breeze, it’s not fantastic in light airs but in fresh airs you just bolt,” York said of his Reo 7.2. “Last year we finished third in the Australian Sports Boat Nationals, which was only our second time on the water. This year I’ve rigged up an old 18ft skiff mast and we are pointing a lot higher. There’s a whole lost less drag in the air.”

York’s results are not just because he replaced the mast. He’s a multiple VX One national champion and holds a swag of trophies from Dragons, Lasers and Etchells classes.

The ASBA title has three races to go on Sunday April 9, the final day of competition at the Pantaenius Port Stephens Trophy for the various pointscores being conducted under the event umbrella.

The Super 12 fleet sorting out their Seabreeze Hotel NSW Championship went offshore and stretched their legs after day one’s two short courses inshore.  Brad Sewell’s Melges 32 Breezin and Guy Hobart’s modified Farr 30 Rumbo are tussling at the top of the scoresheet, Breezin edging in front thanks to their passage race victory.

“The guys kept their minds on the job today, we had a great race with the other Melges 32, they pushed so hard and kept us on the money,” Sewell said post-race. “Today was about maintaining concentration and the crew’s enthusiasm – they are great!”

Performance Cruising and Racing fleets enjoyed a second day offshore sailing around the rocky islands and finished off the Nelson Bay breakwater in front of a local and holiday crowd relaxing on the first weekend of the NSW school holidays.

There is a strong wind warning for the Hunter coast on Sunday April 9, the final day of racing at Sail Port Stephens.