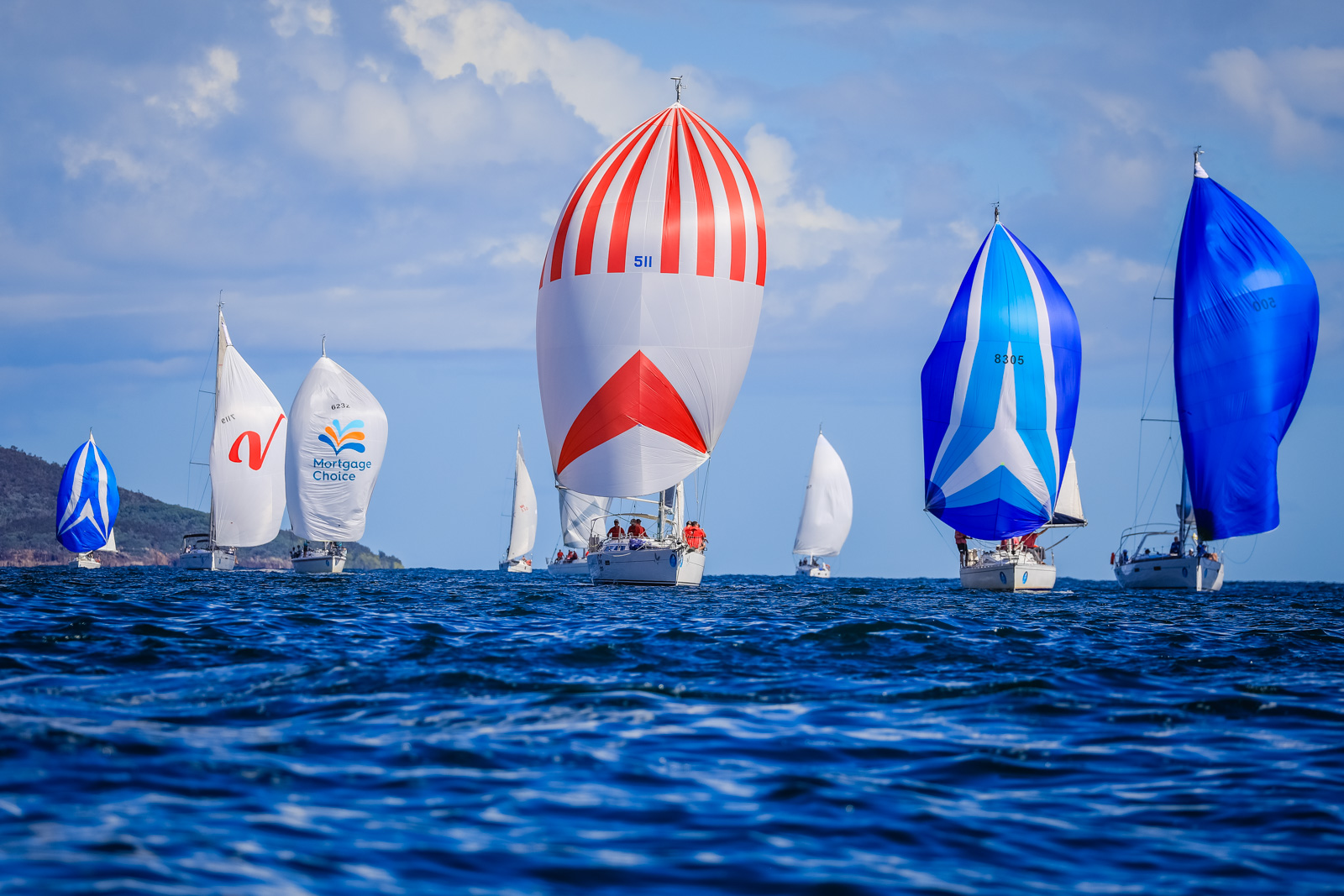 Whether refreshed or broken from Thursday’s layday, crews racing a record Sail Port Stephens fleet of 112 boats lined up for the second half of the 10th anniversary regatta in sunny benign conditions on Friday April 7, 2017.

A whole lot more sailors joined those who opted for the extended week-long experience of the three-day Commodores Cup then rolling into the three-day Pantaenius Port Stephens Trophy after the layday.

Easily 1000 sailors, many with partners and families in tow, have travelled from Queensland, South Australia, Victoria and along the NSW coast and country areas to Nelson Bay on the NSW Hunter coast for the annual regatta at the picturesque holiday destination.

Inshore the Super 12s and sports boats waited over two hours for a start gun, so fickle was the warm autumn breeze that eventually settled in from the east at 4-7 knots.

Offshore the Garmin IRC fleet contesting their State championship had better fortunes, an hour-long wait then just enough sou’east breeze 4-9 knots to get two races away.

The three islands race is always the most scenic at the April regatta and the backdrop of the rocky uninhabited islands off the entrance to Port Stephens combined with the brightly coloured spinnakers of the Performance Racing and Cruising fleets provided the usual pictorial delights. Unfortunately a lack of wind meant half of Performance Cruising division one failed to finish within the time limit.

The wild shifts and total breeze collapse half way through the second race mixed the IRC results up and two races into their six race schedule Aaron Rowe’s TP52 RKO heads up division 1 and Bob Cox’s DK46 Nine Dragons is the division 2 early leader.

RKO skipper Aaron Rowe said “it’s great racing with the other 52s, they are a good bunch of guys. Our win in race two came down to good luck rather than good management.” RKO provides international flavour to the event via its core group of Kiwi sailors, some of them from Karl Kwok’s Beau Geste race team.

In the Australian Sports Boat Championship that has drawn a large number of challengers, a second and a first on handicap for Steve O’Rourke’s Melges 24 called Panther from Cronulla in Sydney’s south has them leading the national title.

The forecast for Super Saturday is variable 10 knots becoming north-easterly 10-15 knots in the middle of the day and Sunday is looking very promising, northerly winds 15-20 knots to cap off a decade of Sail Port Stephens.