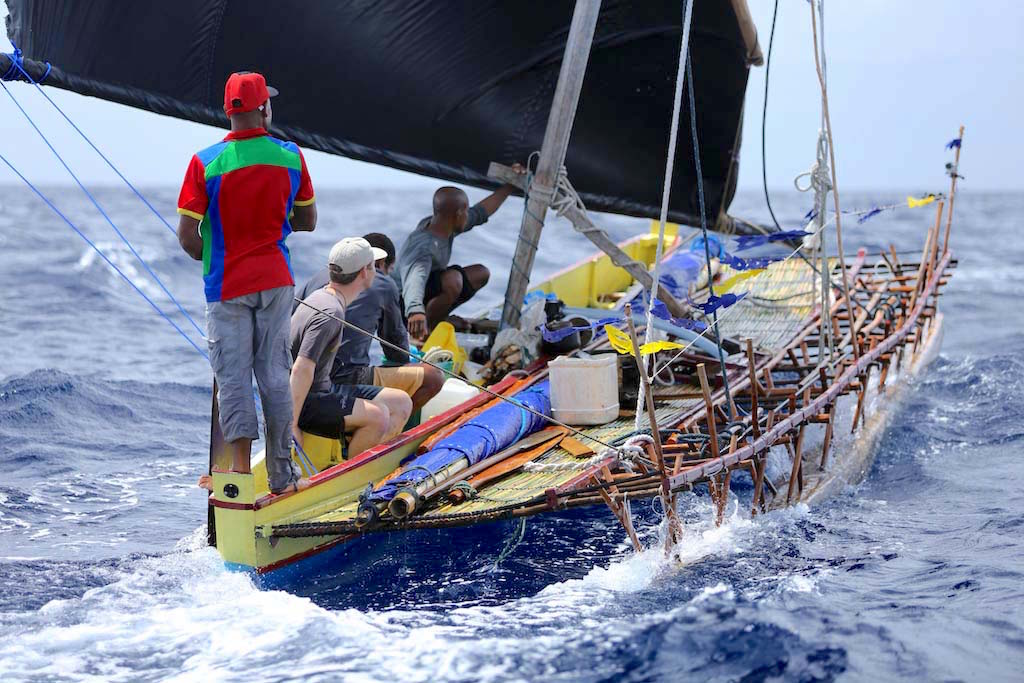 If you want to be a crazy adventurer it probably helps to have the name Thor!

Much like his namesake Thor Heyerdahl, Thor F. Jensen is a Danish adventurer and illustrator, he set off on the 30th of August 2016 on an epic circumnavigation of the islands of New Guinea in a traditional sailing canoe called Tawali Pasana. Thor is accompanied by two of Milne Bay’s finest sailors who are teaching him how to live and sail ‘like a local’.

With 3100 kilometres successfully covered (the last two months against the notorious north-west monsoon) Thor, Justin and Sanakoli have shown the world what PNG sailors and the remarkable canoes are made of.

But the fellowship of the Tawali Pasana are not only struggling at sea. The three adventurers are now stranded in Indonesia, finances are running critically low. Thor, Justin and Sanakoli still have 3000km to sail before they are home again in Milne Bay, navigating some of the most challenging parts of the New Guinea coast.

Cooperate sponsors has deliberately been avoided, as not to divert attention from the ancient skills, traditions and values which makes this daring feat possible.

To complete ‘The World’s First Circumnavigation of the Island of New Guinea in a Traditional Sailing Canoe’, Thor, Justin and Sanakoli urgently require the promised support of the Sandaun Provincial Government. Funds from interested parties will help to make that happen