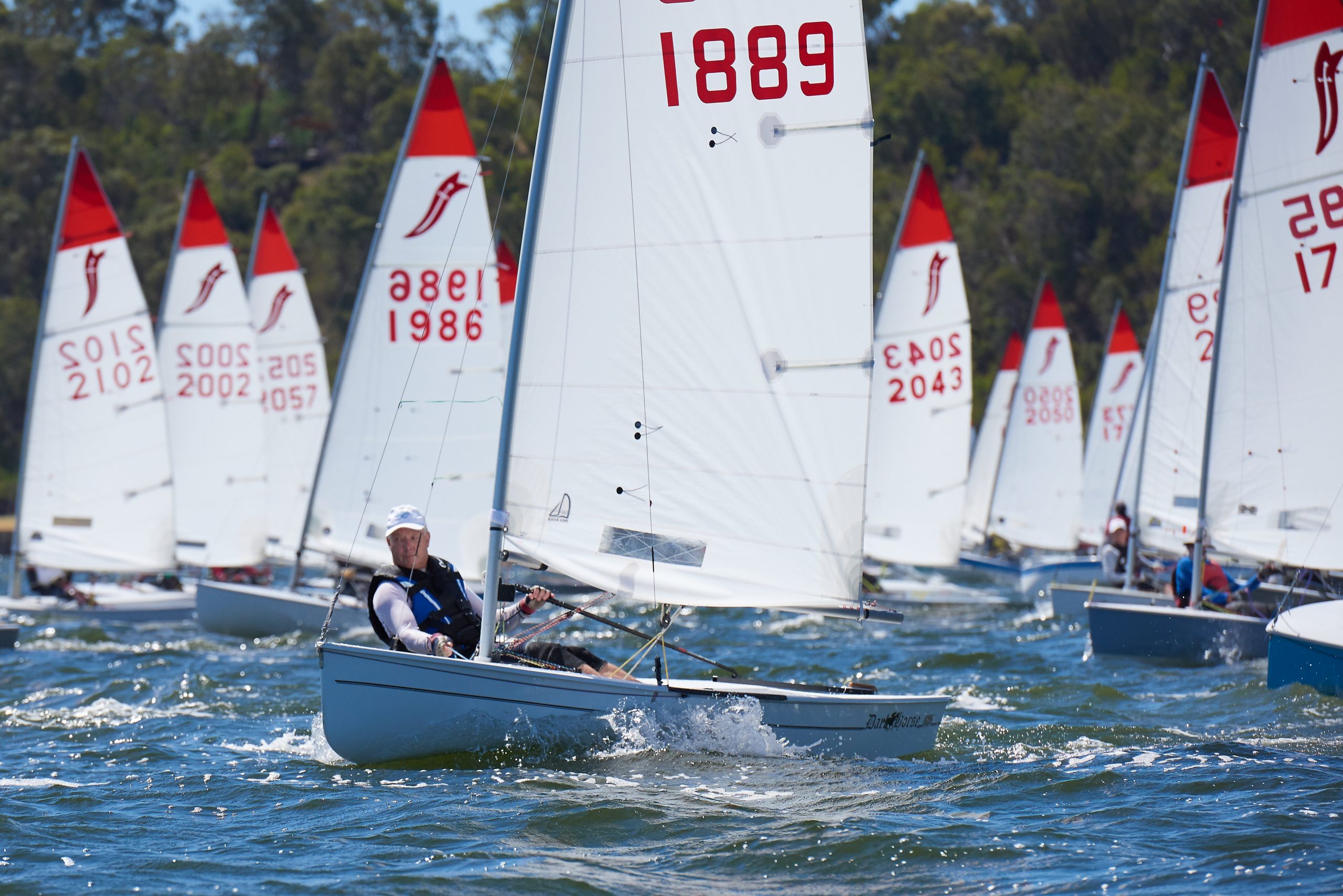 Fifty-five Sabres swarmed the Swan as the 40th Sabre Nationals got underway on 30th December and run through to the 4th January 2018 at Perth Dinghy Sailing Club on Matilda Bay.

After 4 races WA sailor David Meehan from Safety Bay Yacht Club is currently in the lead, after Scott Olsen who has won the previous three heats was scored maximum points, after breaking the start in Heat 4 under a “U” Flag. Scott unfortunately didn’t realise he scored a UFD and completed the race in 1st place well ahead of the 2nd boat. Craig McPhee from South Australia is overall 2nd followed by Murray O’Brien in 3rd from Victoria.

It’s a family affair for Murray with his son, Liam also competing in the regatta.

Eight female sailors are competing, with Megan de Lange from Victoria in 1st and Laura Baker from South Australia 2nd and 3rd Narelle Thomas from WA.

Winds have been intermittent over the regatta with the invitation race 20 – 25 knot and all other heats struggling to reach 15 knots. Race Officer Robin Olsen and his Team are expecting winds to strengthen for the last heats, ensuring a thrilling finish for the regatta.

PDSC and the Sabre Association of WA has a wonderful reputation for hosting great regattas and this regatta is no exception with great onshore social events and a wide range of sponsors including City of Perth, 4Branding and Boating Hardware.