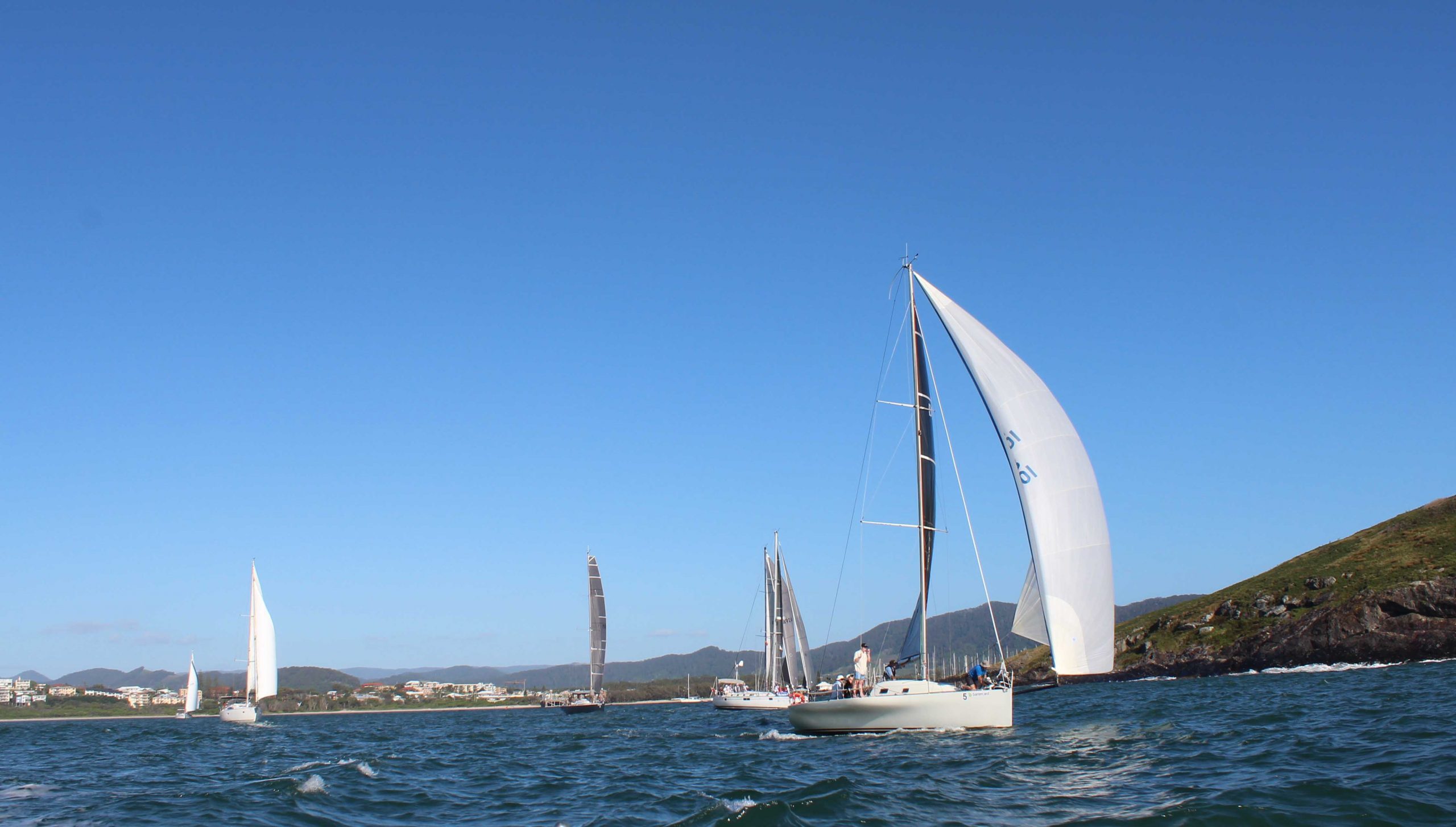 Stormy Petrel skippered by owner Drew Jones has this morning finished first in the PHS division. ““It was a great run up the coast, we are extremely happy with our results and I am extremely impressed with the performance of our crew, and look forward to another week of racing in this beautiful weather” said Drew.

With a couple of days break from sailing, the majority of the fleet will be competing in next week’s Bartercard Sail Paradise Regatta along with 50 plus other yachts, held on the Gold Coast shoreline from Wednesday 13rd to Sunday 17th January.

Details for the Bartercard Coffs to Paradise race and Bartercard Sail Paradise 2016 can be found on the club’s website: www.southportyachtclub.com.au